Room is a film of tiny little miracles. For starters, it's surprising that the movie exists at all. Its source material, Emma Donoghue's 2010 novel of the same name, is an odds-bucking wonder: a fairy tale of love and strength that works in every place it logically should not.

Chronicling the lives of a kidnapped woman and her five-year-old son (the product of her captor), Donoghue takes a horrifying scenario and makes it beautiful, even uplifting. Her trick: The entire novel is narrated from the little boy's point of view, with each sentence delivered in a sing-songy kidspeak. Nouns become characters ("Good morning, Lamp") and the horror of the pair's situation is masked underneath an oblivious, juvenile and wondrous imagination.

It was a dangerous decision – would readers be able to stand such cutesy narration for an entire novel? Isn't using a child to tell a story of rape and years-long abuse condescending, or at least tasteless? – but thanks to Donoghue's skilled prose and carefully paced storytelling, it works. The darkness of the pair's situation is always clear and present, but instead of wallowing in lurid, exploitative corners, Donoghue finds the perfect avenue to tell a story of a mother's unrelenting love, and of a child's resilient sense of wonder. It's not surprising that the book went on to be shortlisted for nearly every lit award there is.

But what works on the page rarely works on the screen. Surely moviegoers would feel trapped themselves if they had to spend two hours alone with mother Joy and son Jack in their 10-by-10-foot prison. Wouldn't the repeated visits of their heartless captor wear on the soul? And while a child narrator might be tolerable in a novel, saddling viewers with one squeaky little voice for an entire film would be especially risky. Well, here's where Donoghue, who adapted her novel for the screen, pulls off another series of surprises.

Together with director Lenny Abrahamson, Donoghue delivers hope and promise in a world that should only afford dread and terror. Despite the first half of the film taking place solely in Joy and Jack's titular Room – really little more than a heavily fortified garden shed – the filmmakers create an expansive, never-suffocating environment. Room, both the film and the prison, are terrifying in their conception, but versatile in their execution. With careful set design, camerawork, pacing and staging, you feel every inch of the space, but also the inhabitants' profound sense of survival and love.

Of course, even the best script and most talented director can do only so much, and here is where Room produces its next, and most impressive, trick: the casting of Brie Larson and Jacob Tremblay as Joy and Jack.

Larson, who has already outperformed every actress of her generation in the tough and wonderful Short Term 12, is simply a revelation here. As Joy (the name is one of Donoghue's few winks that don't quite work), Larson projects a subtle, steely determination of maternal love in its most unadulterated form. She is Jack's protector, but also his entire reality. The decisions she is forced to make throughout the film are epic and agonizing, and Larson ensures each is given the weight of a woman at the edge of her world. And though her performance is gut-wrenching, it is also beautiful. Where most people might, as one character suggests later in the film, simply kill themselves, Joy refuses to give in to hopelessness and hate – and, remarkably, Larson never betrays that complex mix of emotions.

Just like the novel's narration, even more rests on the casting of Jack. Fortunately, the filmmakers landed Vancouver's Jacob Tremblay, a wide-eyed wonder who is always genuine, never treacly – an impossibility when it comes to child actors. Wisely, Donoghue and Abrahamson also strip most of Jack's narration from the film (a few too-cute lines remain, mostly acting as guides to narrative time-jumps), allowing the central relationship to rest on Joy and Jack's dialogue, which is rich in its simplicity.

The end result is a profound work of genuine emotional heft – two hours of hope surrounded by the worst conceit imaginable. Miracles, even in a place as dire as Room, do come true. 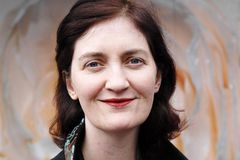 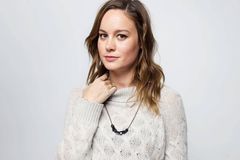 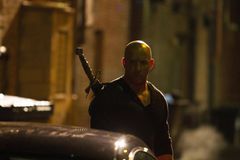 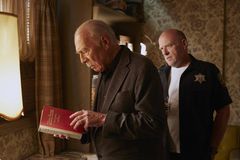