When you ask the Colombian-Canadian filmmaker Lina Rodriguez to name some influences, she can cite masters of world cinema: Jean-Luc Godard of France's New Wave, the great Belgian feminist filmmaker Chantal Akerman and the more recent Argentinian director Lucrecia Martel. But talking about the inspiration behind her new film Manana a esta hora (This Time Tomorrow) she also speaks intriguingly about a painting of a cow looking at the moon by the Canadian realist Alex Colville.

In the 1963 painting, a placid Holstein is framed against a night sky marked by wispy clouds and a full moon. The effect should be pastoral, but instead it is faintly alarming.

"There's this calm, blue, unnerving light," Rodriguez observes. "It captures this idea of uncertainty that I see in his paintings. You see something that is quotidian but there is a threat."

Viewers of Rodriguez's new Spanish-language film, which makes its Canadian debut this week at the TIFF Bell Lightbox, will certainly notice the quotidian. This Time Tomorrow features a small family in a Bogota apartment – a busy mother with a career as an event planner, a relaxed father who's an artist, a rebellious teenage daughter – watching TV, making meals and visiting friends. If there is any big drama here it is the daughter's increasing refusal to abide by the rules. But viewers may sense that life is not predictable and that some greater event looms. To say anything more would spoil the experience.

Rodriguez also seeks her inspiration in her homeland, choosing to return to shoot in Bogota while living full-time in Toronto, where she originally immigrated to attend film school.

"I am stuck in between these two geographies," she says, explaining that she shot her debut feature Senoritas in Colombia because she had the contacts there, but that she returned for this second film for emotional as well as practical reasons. "There is my own longing for my life with my family and something unconscious that makes me want to go back."

Perhaps for rather similar reasons, she has cast her own mother in both films; this time Clara Monroy plays a helpful aunt who visits the family and has a conversation about spirituality with the teen daughter.

This kind of scene is not fully scripted. Rodriguez knew only that she was writing a film about family dynamics and the role of the contemporary father; the dramatic turn in the plot came to her as she wrote up a scenario that did not include full dialogue. She allowed her actors, who have varying degrees of professional experience, to improvise lines. In auditions, she had simply asked them questions about their own lives and relationships. Rehearsals were more like get-togethers, without the filmmaker (back in Toronto) present at all: the actors were told to try out their family roles by hanging out or making a meal together.

From this process emerged the family dynamic that is central to the film and its surprising second half: Francisco Zaldua, the actor playing the father, who had been cast for the combination of his strong features and gentle demeanour, turned out to be the passive one. Maruia Shelton, who plays the event-planner mother (and who juggles acting with event planning in real life), took charge. So, it was her character in the film who took responsibility for the daughter and tried to reason with her. "They are playing a version of themselves," Rodriguez said.

When it came time to shoot, Rodriguez would just describe a scene to the actors and let them try it out, for example, telling Laura Osma who plays the daughter: "They want to send you to your room but you don't want to go. You are really mad at your mom. You are going to take the situation out on her. You are going to be mean." The director did not, however, give her lines nor tell her that she would cry or yell.

The process produces quiet naturalism in a film that, Rodriguez realized, reproduced the gender roles of her own family. "My father actually cooked a lot but there was an implicit agreement with my mom that she told us what to do. He was the cool one … I realized it was a strategy. She was the tough one."

Rodriguez's approach also produces a strong sense of real, lived time, as the family does domestic chores or conversations circle more or less aimlessly. The filmmaker wants the viewer to recognize that time is passing: she notices not only menace in Colville's paintings, that sense of bad to come, but also melancholy; that sense the past is lost. So, sometimes we hear the actors off camera but can no longer see their physical presence; other times Rodriguez cuts to an image of nature, a tree in a park, clouds floating, again suggesting a world the people have left.

"My parents are aging; there are a lot of questions for me about the passage of time," she says.

Indeed, the film represents something of an emotional turning point for Rodriguez because its arrival at TIFF marks her departure from the same institution where she has worked for several years as communications manager. She is about to start a master of fine arts program at York University and then devote herself full-time to her own filmmaking. And her next project, on the theme of immigration, will be shot in Canada.

"I thought maybe it's time to face up to the fact I am here." 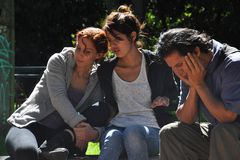 Aubrey Plaza on her character’s sanity in Ingrid Goes West and getting pigeonholed as deadpan
August 18, 2017 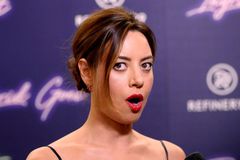 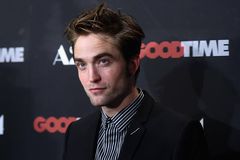