If Iran's rich cinema can be said to have a single starting point it is Mr. Haji the Movie Actor, one of the only surviving Iranian silent films. It marked the end of an era – released in 1933, it competed for box office with the first Iranian talkie – but it also predicted how cinema might transform a traditional society. Full of chase scenes and comic pranks, the film tells the story of the conservative Mr. Haji, who is morally opposed to the movies until a director looking for a new subject conspires with the man's family to film him surreptitiously. When shown his own performance, Mr. Haji is converted.

Iranian film, known for its censor-defying allegories about struggling peasants and questing children, is full of social engagement and class consciousness. Yet, it is also self-conscious, with of an awareness of its own power to tell stories and change minds. The first tendency is amply on display at the TIFF Cinematheque's month-long survey of Iranian film that opened Thursday; the second peeks out here and there, giving tantalizing views of a cinema that owes something to the episodic structures of Persian storytelling and something to the ambiguous narratives of the French new wave.

TIFF's showcase, titled I is for Iran, continues a project begun at the Fribourg International Film Festival last year, where artistic director Thierry Jobin set out to make Iranian classics more available to Western audiences by inviting prominent Iranian directors to choose their homeland's most important films and then assembling as many of these hard-to-get prints as he could. Now TIFF programmer Brad Deane carries the torch to Toronto, offering a slightly different selection of their choices based on what he could assemble. Two short films and 15 features trace the line that leads from Mr. Haji in 1933 through to Asghar Farhadi's Oscar-winning 2011 movie, A Separation.

One of the chief delights of Iranian cinema for Western audiences has always been the gentle and ambiguous narrative structures that eschew the conventional arc of the Hollywood drama. Italian neorealism, with its non-professional actors and long observational scenes of peasants and city dwellers, had a heavy influence on Iranian film: From this survey, The Cow, a 1969 classic in which a villager goes mad mourning the death of his prized cow; or Still Life, Sohrad Shahid Saless's award-winning 1974 film about a railway worker forced into early retirement, are works that recall the Italian cinema of the immediate post-Second World War period.

Yet critics also attribute this tendency to the influence of Persian literary traditions, which produced traditional storytelling, and especially poetry, rather than the novels so central in forming Western expectations of narrative. Iranian films are often fabulously poetic and additive rather than cumulative, stacking up scenes without necessarily developing a tidy plot. Amer Naderi's The Runner, for example, follows a street urchin's survival in a port town during the Iran-Iraq war of the 1980s with an episodic structure and remarkable images of the port's ships, rocks and industrial waste. It ends by affirming the boy's remarkable instincts for survival and improvement without offering a conclusive solution to his plight.

The Night of the Hunchback returns literally to the storytelling techniques of Persian literature: It is based on The Hunchback's Tale from The Thousand and One Nights, the Arabic-language collection of Persian and Indian folk tales. A prerevolutionary film from 1964, it is a black comedy that captures an Iran caught between tradition and modernity as its various characters try to rid themselves of the dead body of a hunchback actor, killed accidentally in a food fight with his fellow performers. In the original tale, the hunchback's body falls into the hands of a Jew, a Muslim and a Christian, each one fearful he is responsible for the death and will be found guilty of the crime.

But in Farrokh Ghaffari's update, we are led through the various classes of Iranian society, from the traditional itinerant actors performing their popular theatre to the wealthy Westernized urbanites who patronize them – when they are not dancing to pop music or swigging whisky. Authority, in the form of the local police officer, is always hovering, ready to pounce on characters who, if they are not guilty of murder, certainly have some illicit schemes on the go.

Iranian characters are often explaining themselves to the authorities (think of the couple in A Separation telling an impatient judge their competing versions of their breakup) in a cinema that, when it is not restricting itself to documentary-like observation, can rely as heavily on direct address to the camera as it does on dramatizing events.

All these threads come together in the most artistically provocative title in the series, Abbas Kiarostami's Close-Up. This pseudo documentary from 1990 is based on real events restaged for the director's camera by some of the original participants. The case concerns an unemployed printer who poses as famed film director Mohsen Makhmalbaf (whose fantastical Gabbeh is also part of this showcase), and insinuates himself into the home of a wealthy family on the pretext of scouting locations for his next project. If Close-Up were shot by a Western director, we would get a tightly wound narrative of suspense and disclosure (the drama Six Degrees of Separation or the documentary The Imposter). Here we have a quietly deceptive blend of documentary and fiction told mainly through courtroom scenes where the would-be director explains himself to the judge and the family he has conned but never harmed. He had no more nefarious motives than a desire to make art, and the film eventually reunites his tearful character with the real Makhmalbaf.

From one of the few remaining national cinemas in a world where Hollywood is now the lingua franca, Close-Up is a film about the power of film to erase the differences between life and art. Mr. Haji would be proud.

I is for Iran continues at TIFF Cinematheque until April 4 (tiff.net/) 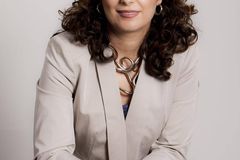 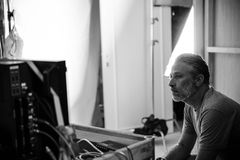