It feels like a slap to the face, and it comes out of nowhere.

For the past few minutes, you've been delicately swiping your way on an iPad through a collection of photographs. They're from a late autumn hunting trip in the woods of Northern Quebec, and the National Film Board's digital studio in Vancouver has married them with some moody music, sound effects, text and rudimentary animation into an app – a sort of picture book for grown-ups – called The Last Hunt.

In the app, which you advance by moving your finger up the screen, the Montreal-based photographer Alexi Hobbs accompanies his grandfather, Antonio 'Pit' Allard, now in his early 90s, on what seems likely to be the old man's final hunting trip. One photo is of Pit, a row of shotgun shells around his waist, holding a lifeless hare by his side. You learn of Pit's personal history: of how, on the eve of shipping out for war in 1942, he deserted the Canadian Army and instead spent almost four years scratching out a desolate but independent existence in the woods. After the war, he turned himself in, and did about a year in deserter's jail.

When you come to this point in the story, a drawing of a hare floats up from the bottom of the screen; then, almost magically, it begins running, its spindly limbs moving faster or slower depending on the pressure of your finger on the device. The effect is like a child's unsettled dream, a pop-up book come to life, but the moment is overlaid with the very adult melancholy of mortality: Pit's, and the hare's, and maybe your parents' or your own. You may find yourself choking up without even knowing why.

It is all rather unexpected. Or, if you are a part of the National Film Board's growing fan base, maybe not.

"With our more serious projects, one of the jokes we have is: 'Does it make you cry?'" said Loc Dao, who heads up the Vancouver digital studio, during a Skype call last month. "If it doesn't alter your emotions, then we don't think we've succeeded; we've succumbed to the coolness of the technology."

Digital projects like The Last Hunt are a priority for the NFB: of the approximately $10-million it spends annually on productions, about one-quarter is allocated to digital creations. (Another one quarter goes to animation, with the rest devoted to its traditional documentaries.)

Since its official launch in 2010, the NFB's English-language digital studio – seven energetic people ensconced in a Gastown office – has regularly found the sweet spot where emotion can blossom out of the technology to create moments of dark whimsy. (There is also a French-language studio in Montreal. Its most high profile production at the moment is Fort McMoney, a web-based documentary game launched in late November with various media partners, including The Globe and Mail, that allows players to debate the future of the oil sands.)

With a handful of unlikely successes, ranging from Bear 71, a 20-minute web documentary built from surveillance footage of a grizzly bear in Banff National Park, to Welcome to Pine Point, a sort of multimedia scrapbook that commemorates a shuttered Northwest Territories company town, the studio has been snagging audiences and awards for its rare ability to infuse high tech with humanity. After Bear 71 premiered at the 2012 Sundance Film Festival, Fast Company called the NFB "one of the world's hippest digital content hubs"

Dao, 43, began his media career in a relatively dusty corner, working for CBC Radio as a sound engineer and a producer. In 2002, he co-created CBC's Radio 3 digital magazine, a suavely designed online collection of music, podcasts, text and artwork which won more than a dozen awards before it was discontinued in 2005, after more than 100 editions. Other web-based work followed, including as a producer of Filmmaker-In-Residence, a groundbreaking, much admired interactive project about the documentarian Katerina Cizek's years spent embedded at Toronto's St. Michael's Hospital.

In 2009, Dao joined the film board's staff and helped make Waterlife, the NFB's first real interactive documentary, which looks closely at the history and the health of the Great Lakes. To date, Waterlife is the most successful digital production, with over two million unique visitors to the site (waterlife.nfb.ca).

But, like many creators in the chaotic world of new media, the NFB is trying to puzzle out how to replicate that success, especially when one of the digital studio's mandates is to serve as a laboratory for the rest of the film board.

"What I've really liked the most about the NFB's work is they're fearless in their experimentation," said Aaron Koblin, the head of the Data Arts Team at Google's Creative Lab, who has been talking to Dao about a possible collaboration. "They're pioneers. They're out there on the forefront, pushing the medium further."

That's one reason none of the NFB's digital studio projects looks like the one that came before. Bear 71, for example, was what Dao calls "a linear audio story with a non-linear visual user experience," which is a nerdy way of saying that the central narrative – about the life and death of a real grizzly – played out on a single, fixed audio track, even as the user was able to explore different parts of Banff's surveillance state by clicking on a map of the park.

Last year, in addition to The Last Hunt, the NFB produced an animated graphic novel about the War of 1812. It is now preparing its largest production yet, working with the visual artist Stan Douglas on Circa 1948, set in Vancouver in the middle of last century, which will consist of an app that renders the world in game-like 3-D, as well as a real-world art installation.

"We're in the Age of the Interface," observes Dao. "We've moved from keyboard and mouse to a world now where touch is part of the picture, with tablets and mobile," he notes. "The reason we're trying these installations is to really understand the next place interface is going. What I hope and what I see is that interface will become less and less of an obstruction to [telling a] story. Will the interface be as transparent as us having a conversation?"

Extraordinary things can happen when the interface all but disappears. Last year, as the development of The Last Hunt was nearing completion, the photographer Alexi Hobbs showed it to his grandfather.

"Pit has had a stroke, he can't use one of his hands," explained Dao. Still, given the iPad's ease of use, Pit "was going through the project with his [other] hand. He was still able to use it, and the family just loved it. It was a really strong moment for the family."

How Tom Perlmutter turned the NFB into a global new-media player
May 18, 2013 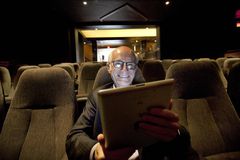 NFB to launch the Netflix of the documentary world
April 30, 2013 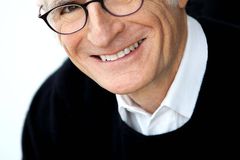