Feel like Oscar-contending films like Zero Dark Thirty, Amour, Lincoln and Les Misérables are a bit light in the laughs department? Movie 43 might be just the movie for you. Being released Friday – in the movie purgatory of late January – with little publicity and no advance screenings for reviewers, the enigmatically titled picture is a collection of 12 short films from different directors. It's billed as a gross-out film and, according to its poster, is "the most outrageous comedy ever made with the biggest cast ever assembled."

Movie 43 may also represent another Hollywood milestone: The most disreputable movie on the résumés of most of its famous cast members. Among the more than 40 stars of the film is handsome Hugh Jackman, former People's magazine Sexiest Man Alive and currently nominated for a best-actor Oscar in Les Misérables. As Sam, he makes his blind date (Oscar-winning actress Kate Winslet) gag over dinner, because he has a scrotum dangling from his chin. (If Jackman had also sported his Wolverine sideburns, it would obviously be going too far; as Coco Chanel said, always remove one accessory before you leave the house.) In another segment, former Oscar-winner Halle Berry, on a dare from her date (Stephen Merchant) blows out a blind boy's birthday cake candles and then, in a shameless case of double dipping, immerses her breasts in guacamole.

The red-band trailer for this R-rated comedy runs the taboo gamut, from parental bullying, deformity, menstruation panic, racist stereotypes, STDs, scatological sex, necrophilia and a masturbating cartoon cat. Produced by Peter Farrelly (who along with his brother Bobby directed the sweetly obscene nineties' comedies Dumb and Dumber and There's Something About Mary), Movie 43 also lists a dozen directors, including Farrelly, Brett Ratner (Rush Hour), Steve Brill (Big Daddy) and actress Elizabeth Banks. The wrap-around plot, which was originally about kids searching the Internet for banned films, was changed to a story about a producer (Dennis Quaid) desperately pitching film ideas to different companies. Farrelly has deliberately set bottom-scraping expectations for the $6-million movie, though he believes it will be a cult hit.

While this may be the silliest thing most of them have been associated with (well, maybe not Snooki), even the most acclaimed stars have some big blots on their résumés. Unlike banks and brokerage companies, actors are never too big to fail, as their track records show. Here's a roundup of eight of the movie's big-name stars.

KATE WINSLET (In Movie 43, Beth, in a sketch titled The Catch):

Best work: Kenneth Branagh's production of Hamlet, in which Winslet played Ophelia, was her best-reviewed film, while her role as Rose in Titanic is the one that casts a shadow over her career. Her most ambiguously complex role, arguably, is the free-spirited Clementine in Eternal Sunshine of the Spotless Mind, opposite Jim Carrey, in writer Charlie Kaufman and director Michel Gondry's high-concept melancholy sci-fi romance. The six-time Oscar nominee is the most garlanded star to be involved with Movie 43.

Worst flop: Winslet's most negligible movie is the children's flick A Kid in King Arthur's Court (1995) but not her worst. For misguided seriousness, both The Reader and the Sean Penn-starring political potboiler All the King's Men (2006) are contenders, but the booby prize goes to Alan Parker's dismal The Life of David Gale (2003) featuring Kevin Spacey as an anti-death-penalty activist on death row, with Winslet as Bitsey Bloom, the journalist whose main job is to gaze in wide-eyed compassion.

Best work:Monster's Ball (2001). The emotional rawness of Berry's performance as the mother of an executed son, opposite Billy Bob Thornton as a racist prison guard, propelled Halle to the first best-actress win by an African-American woman.

Worst flop: In 2004, Berry gamely accepted her Golden Raspberry (Razzie) Award for worst actress in the lifeless Catwoman, doing a suitably choked-up simulation of her Oscar acceptance speech, thanking Warner Bros. for this "godawful movie"and generously sharing with her cast-members because, "to give a really bad performance like mine, you need to have really bad actors."

GREG KINNEAR (Griffin, in The Pitch):

Best work:As Good as It Gets. Jack Nicholson and Helen Hunt both took home acting Oscars (the last time one film has won both awards) in James L. Brooks's misfit romantic comedy, while former talk-show host Kinnear, as a sensitive artist who is the victim of gay-bashing, settled for a nomination. Brooks's comedy (parallel to this year's Silver Linings Playbook) is the best example of Kinnear's ability to mix affability and pathos.

Worst flop: Sometimes those same qualities feel like shameless manipulation, as in Godsend, a 2004 science-fiction thriller, with Kinnear and Rebecca Romijn as a grieving couple and Robert De Niro as the mad scientist who promises to clone their recently killed son. With a rousing 4-per-cent Rotten Tomatoes rating, it was not viewed as a Godsend by critics.

Best work:Mulholland Drive. David Lynch's Moebius strip of a Hollywood thriller references Alfred Hitchcock's Vertigo and Otto Preminger's Laura, in a tale of a starlet – Betty Elms a.k.a. Diane Selwyn – who arrives in Hollywood and loses her identity. Watts's characteristic mixture of warmth and reserve worked perfectly for this enigmatic film.

Worst flop: Playing a near-somnabulant character in other dream films has not served Watts as well. Those include Marc Forster's 2005 film Stay (as a suicidal girlfriend to Ewan McGregor's psychiatrist), or in Jim Sheridan's failed horror movie Dream House, as a neighbour to troubled Daniel Craig, a writer returning from a psychiatric hospital. The lesson should be clear: Only David Lynch should try to make David Lynch movies.

HUGH JACKMAN (Davis, in The Catch)

Best work: Though best-known for starring as the comic-book character Wolverine in the X-Men film series and as Meg Ryan's romantic lead in Kate and Leopold, Jackman's best work was in Christopher Nolan's historical drama The Prestige (2006), as a late-19th-century magician in a life-and-death rivalry with Christian Bale, where Jackman got to display his flare for showmanship, as well as his brawny good looks.

Best work: A go-to actress for quirky-girlfriend parts, Banks has appeared in four movies with Paul Rudd, but her best work may be on TV's 30 Rock, as right-wing political pundit Avery Jessup, the wife of Jack Donaghy (Alec Baldwin). In movies, her peak may be the sci-fi horror-flick spoof Slither (2006), in which she played Starla Grant, who gamely sticks by her husband even when he's infested by a space alien and looks like ground meat.

Worst flop: Although Banks had a part in Guy Ritchie's Madonna folly Swept Away, that wasn't her fault. Her worst film must be last year's Disney drama People Like Us, as a recovering alcoholic single mom who inadvertently almost gets involved with her estranged half-brother (Chris Pine). The mawkish premise might have actually worked better as a gross-out comedy.

WILL SASSO (Jerry, in The Pitch)

Best and worst: Sasso, the Canadian rep on Movie 43, offered an admirable recreation of Curly in the Farrelly's The Three Stooges last year, but that wasn't his pinnacle. Among his more than two-dozen MADtv characters, the most indelible was country singer Kenny Rogers as the drunken host of Jackass, attempting life-threatening stunts while wrecked on Jack Daniels. It was the kind of so-awful-it's-great comedy that Movie 43 apparently aspires to.

Best work: Thurman's Oscar-nominated performance in Pulp Fiction (1994), as a beautiful, drugged-out gangster's girlfriend in black pageboy wig, was electrifying. Time Magazine declared her "up there with Garbo and Dietrich in goddess territory."

Worst flop: Thurman's low point, if you exclude her cameo as an oversexed housewife in Gerard Butler's recent Playing for Keeps, was her role as Emma Peel in the 1998 remake of the British television series The Avengers. Playing Peel or her evil clone in matching leather catsuits, Thurman's performance tarnished the memory of Diana Rigg's original character, proving somewhat less interesting than the dead guys in teddy-bear suits she discovered. Of course, Uma didn't do it alone. The film earned nine Razzie nominations as the worst film of the year. Film Review
The Impossible: An unflinching look at the 2004 tsunami
December 21, 2012 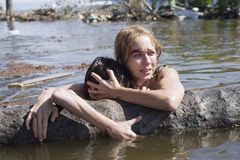 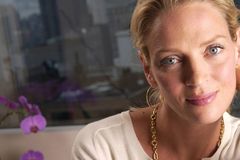