There was floor-busting jubilation in a Montreal production office on Thursday as news broke that the Quebec film Rebelle had been nominated for the best-foreign-language-film Oscar – "We almost created architectural problems," said director Kim Nguyen – but there was also some realism about the competition.

"We are not lying to ourselves, we know we are the underdog," said Nguyen, whose film about a child soldier in an African civil war is up against Amour, the French-language film by Austria's Michael Haneke that is favoured to win. That film, about a couple facing the end of their life, has achieved the rare feat of capturing both a best-film and a best-foreign-film nomination. Still, "America is fond of underdogs," Nguyen said hopefully.

Nguyen was inspired to make Rebelle, which is being marketed in the United States under the English title War Witch, when he read about Johnny and Luther Htoo, the nine-year-old, chain-smoking twin brothers who led the God's Army guerrilla group in Burma in the 1990s and whose followers believed they were divine. Instead, he chose sub-Saharan Africa as a setting for a fictional story about Komona, a young teenager abducted by rebels as a pawn in a civil war in an unnamed country. She is forced by her captors to murder her parents but saves her own skin through her visions of the dead, premonitions that earn her a reputation for sorcery and attract the attention of a war lord who thinks he can use her as a weapon. The film, which was shot in the Democratic Republic of Congo, where wars have raged since 1998, has received positive reviews and actor Rachel Mwanza, a former Kinshasa street kid who had previously appeared in a documentary about that life, won the best-actress prizes at both the Berlin and Tribeca film festivals for her portrayal of Komona.

Nguyen attributes Mwanza's abilities in part to the bravado necessary to survive on the streets. "When you are a kid on the street, you learn to be yourself, wherever you are, without caring what people think about you. To carry that to the trade of acting becomes a very powerful tool, to just be nonchalant about the camera, to be yourself," he said, adding "and because of Rachel's past, she had moments in her own life she would relate to the character's life."

This marks the third year that a Quebec film with a foreign star has earned a foreign-language Academy Award nomination (a prize for which English-language Canadian films cannot compete). Last year, the Paris-based Algerian comic Mohamed Saïd Fellag won applause for his performance in the title role of the Philippe Falardeau film Monsieur Lazhar, which lost the Oscar to the Iranian film A Separation. In 2011 Incendies, starring the Belgian actress Lubna Azabal, was nominated but did not win. The last Canadian film to win the category was Denys Arcand's The Barbarian Invasions in 2004.

Nguyen also attributes Rebelle's success to the organic method with which it was produced – to help the amateur cast understand the story, scenes were shot in chronological order – and its hallucinatory setting, including real footage of the abandoned fortress of Congolese strongman Mobutu, who built his own version of China's Forbidden City before he was deposed in 1997.

Whether the film wins the Oscar or not, Nguyen hopes that bringing attention to the success of Rebelle and its cast will help counter all the bad news that comes out of the Congo.

"Positive reinforcement is really important to our Congolese friends," he said. 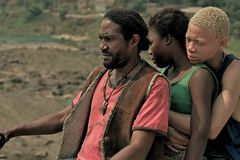 Oscar nominations: the anointed and the snubbed
January 10, 2013 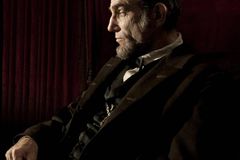