Amil Niazi
Special to The Globe and Mail
Published May 11, 2021 Updated May 13, 2021
For Subscribers
Comments
Text Size

If you had to draw a portrait of grief as landscape, the snow-covered plains and empty tundras of southern Ontario would be hard to match. The contours and spaces of this particular terrain do a remarkable job of capturing the vastness of one’s sorrow and mimic the rough beauty of learning to heal, to move forward against the blowing wind.

Sonja Smits is a widow trying to move if not on then at least forward, after the loss of her husband (played by Colin Mochrie). Jonas Bonnetta is a son coping with his mother’s death. They are brought together by icy roads, bad weather and a car accident. This leads to a road trip of convenience, which allows them each a mirror and sounding board to help them unpack the past year.

As they drive along wintry back roads and highways, Prince Edward County, affectionately known as “the county,” becomes a third character, filling in the gaps when words can’t quite express the emotion passing between our two leads.

Both actors are compelling in this quiet, contemplative film. Although their lives are seemingly at two very different points, what they’re each attempting to do is start again, to redefine themselves in the face of upending change. They do so in reaction to their surroundings, working through the reasons we stay in a place, what pushes us to leave and why we come back.

Smits is especially wonderful to watch as a woman redefining her sense of self and learning to understand her dependencies. As she challenges her notions of what it means to settle, she finally learns how to push herself beyond her own perceived capabilities.

Actor and composer Bonnetta (who also did the music for the film) shines playing a rangy photographer answering the urge to try life outside the hum of the city, embracing puzzles and cooking as a kind of answer to the prevalent anxiety of his previous life.

But the absolute standout out of Drifting Snow is its stunning cinematography, captured by Tess Girard (As the Crow Flies.) Girard’s long, plaintive scenes and lingering shots of the county lend a brutal beauty and tension to the film’s otherwise slower-moving parts. Girard uses her skillful eye to portray the harshness of the land but also uplifts its curves, lending them a sense of comfort for those who choose to stay and make a home in its seemingly unforgiving shapes.

Although COVID-19 initially delayed its release, the film is actually a perfect distillation of the pandemic experience. From the daily weight of navigating grief in solitude to the desires of many to leave the frenetic pace of city life for something more still and intentional, Drifting Snow is almost a tribute to what the past year has been for so many of us, fumbling our way toward something less lonely and waiting for the snow to pass.

Drifting Snow is available on-demand, including Apple TV/iTunes and Vimeo On Demand, starting May 11

Film Review
Sesame Street doc Street Gang is a reminder of what quality screen time for kids looks like
May 5, 2021 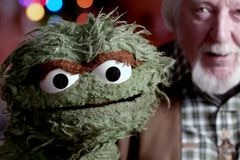 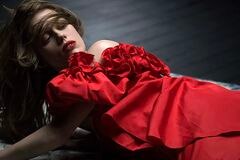 Opinion
COVID-19 has revealed the shortcomings of the nuclear family. We now have an opportunity to reshape how we live
December 18, 2020 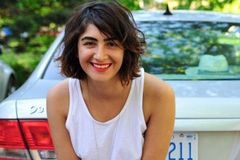