Media theorist and educator Neil Postman was deeply worried about the value of so-called educational programming. Rely on TV to teach children, Postman argued in his landmark 1985 work Amusing Ourselves to Death, and the lesson they will really learn is that for anything to be worthwhile, first it has to be entertaining.

I will leave it to you to debate whether Postman was a Luddite or a prophet, but in any case no one ever heeded his warning. One of the purest distillations of the sense-blurring edutainment he worried about was Dora the Explorer, a 2000-08 cartoon show that made its didacticism utterly essential to its attention-capturing, at least in the sense that it kept kids watching by keeping them yelling answers at the screen. If a certain sense of interactivity has always been essential to children’s programming, Dora was one of the first shows to realize it was competing with computers and begged for attention commensurately. It didn’t, like, create the social web or anything, but it was a pretty solid foundation for the first generation to spend as much time appearing on screens as staring at them.

Not that a lick of this matters to Dora’s first big-screen adventure, Dora and the Lost City of Gold. A would-be adventure that pushes Dora (Isabela Moner) into high school just long enough to get a gaggle of one-note friends to tag along as she travels through the jungle to rescue her parents, the movie trades learning about … well, anything really, for a sloppily vague consideration of the value of friends and nodding at the value of Dora’s relentless positivity while also denigrating it as the butt of almost everything that constitutes humour.

Although it’s not just Dora’s constant chipperness that is handled like an unfortunate side effect of having to watch her on screen: More or less everything that made cartoon Dora Dora is primarily fodder for the third of the movie that feels like something between group therapy for parents who twitch involuntary whenever six-year-olds repeat Spanish words and the screenwriters trolling the executive who wanted to extend the brand recognition of an almost two-decade-old bilingual children’s program to the big screen.

One of those screenwriters and the director are the folks who brought us the 2011 version of The Muppets, but where those inhuman characters were only ostensibly child-focused, and came with a certain amount of knowing weariness sewed-in, Dora is pretty much lost in the woods the instant you point out how ridiculous everything about her is – por ejemplo: a talking backpack, monkey and map – which happens about two minutes in, with a joke about her asking a non-existent audience to repeat after her.

This would be easier to stomach if the film could at least swallow its parental exasperation at singing absurdly literal songs enough to capture any sense of adventure or wonder in what is supposed to be a rip-roaring jungle adventure. Outside of one panorama of an otherworldly field of flowers, the jungle here is mostly resplendently dead and plodded through like a weary parent reading a bedtime book for the 600th time. The actual adventuring isn’t given half the life or oddness of the utterly bizarre CGI takes on Dora cartoon staples Boots the Monkey and Swiper the Fox (voiced, no joke, by Danny Trejo and Benicio Del Toro).

Dora and the Lost City of Gold can’t stomach the lame packaging of its source, but also can’t recognize that the heart underneath it is in opening up children’s eyes to the world around them, which at least has the potential to be weird and wonderful every so often. In its way, then, the movie does its part to heed Neil Postman’s warning about teaching through the dazzling screen: Kids certainly won’t learn anything here, but they’re not likely to mistake it for entertainment, either.

Dora and the Lost City of Gold opens Aug. 9.

Film Review
Your guide to this weekend’s new films, including the outrageous Hobbs & Shaw and the intense David Crosby doc
Subscriber content
August 1, 2019 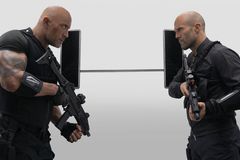 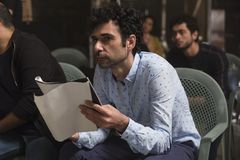 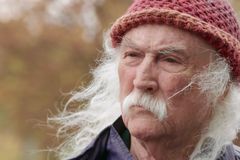