Written by Phil Graziadei and Leigh Janiak, based on the book series by R.L. Stine

Last week, when Netflix released the first entry in its Fear Street horror trilogy, I moaned that it was unreasonable to judge a series designed to be enjoyed as a whole when only a single entry was available for review. Maybe, I hoped, the wobblier elements of Part One: 1994 would make more solid cinematic sense after viewing Part Two: 1978 and Part Three: 1666. Well, scratch that – and make sure to do so with as giant a butcher knife as possible.

While Part One stands as a fine-enough ode to the slasher renaissance of the mid-1990s – mostly because of a few nifty murders that Wes Craven would be proud of – Part Two proves that the entire Fear Street enterprise could have easily kept its time-hopping ambitions to a two-hour kill fest.

Opening seconds after the end of Part One, in which a group of clever teens discover that their suburban town has long been under the curse of a witch, Part Two takes a few breaths to recap the nineties-era mayhem before flashbacking a decade and a half to the summer of 1978. Now we’re at Camp Nightwing, where two short-shorted teenage sisters (Sadie Sink and Emily Rudd) must battle the same witch – a kind of backward thriller situation, given that Part One already told us how this particular chapter ends. (Hint: badly.)

In addition to this tension-sapping narrative decision, the big and bloody problem with Part Two is that, by making a horror flick set at a 1970s summer camp with a contemporary perspective and budget, director Leigh Janiak has set herself up for failure.

The sleepaway-slaughter hallmarks of the 1980s such as The Burning, Friday the 13th, Madman, Sleepaway Camp and Cheerleader Camp belonged to a disreputable, sleazy sub-genre that cannot be genuinely replicated by such mainstream studios as Fox (which produced Fear Street) and Netflix (which eventually bought the films). It’s not that Part Two is allergic to sex and violence – it’s just that all the bad behaviour can’t help but feel sanitized and too close to “safe” in today’s well-funded, needle-drop-eager hands.

If you’re going to make a movie in which a psycho slices away at both campers and counsellors in direct homage to the age of Jason Voorhees, you need to go scuzzy or go home. A proper slasher movie should make you want to take a shower. Here, I felt sparkling clean.

If you – or more likely the under-13 crowd in your home who have ready workarounds to Netflix’s parental controls – have already become hooked on Fear Street, then Part Two provides cheap-enough thrills. (Look, a dude’s butt! Look, that same dude’s butt getting hacked to pieces!) But barring some gigantic shift in ambition and vision in the forthcoming Part Three, Fear Street is a cul-de-sac of a horror franchise: All roads lead to nowhere. 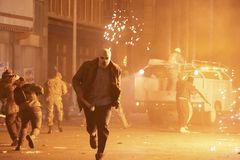 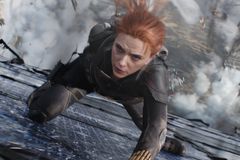 How Steven Soderbergh and his celebrity pals spent the pandemic making ‘Out of Sight 2.0′
July 1, 2021 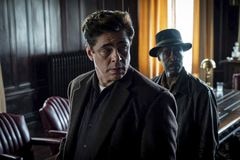