Unsane, director Steven Soderbergh’s new thriller about a woman who is institutionalized as she flees her stalker, takes one step forward in the charred landscape of #MeToo, only to take a flying leap back. The film deftly depicts the paralyzing realities of women — being doubted and called crazy while simultaneously being asked to tolerate an abuser — only to eroticize the hunt, capture and torture of its female protagonists. In this, Unsane plods along predictably with the horror genre, which has long treated women like prey.

The film opens with a compelling, all-too-real portrayal of stalking, which shrinks victims’ lives until there’s nothing left but fear. Claire Foy is Sawyer Valentini, a young woman who relocates from Boston to Pennsylvania to escape David Strine (Blair Witch’s Joshua Leonard). A bearded menace, Strine fixates on Sawyer after meeting her at a hospice where she volunteers reading to his ailing father. The man sends obscene bouquets of roses and Baby’s Breath to her office, bombards her with frightening texts (”You’re embarrassing me. Making me look needy.”) and breaks into her home to leave a gift on the bed.

Sawyer gets a restraining order and leaves town. Terror follows. She pops pills for her PTSD, freaks out on Tinder dates and devises a “safety plan” with a cop, played in a cameo by Matt Damon, who has done his fair share of damage throughout the #MeToo movement. His safety plan is not exactly comforting: install cameras, bar up the front windows, hire a car service to get to work, get off all geo-tagged social media and pack a “go-bag” of necessities for the moment she needs to run — money, credit cards, a phone charger and, since it’s America, a firearm. “Your life slips away from you,” Sawyer says.

Visions of the stalker fill her head and she seeks help. Here, the plot accelerates at breakneck speed, straight into the Cuckoo’s Nest. Signing on the wrong dotted line, Sawyer is involuntarily committed at a mental institute. The Highland Creek Behavioral Center, a brutalist block sitting deep in the woods of Pennsylvania, is on point. Frenzied scrawl covers the walls and patients aren’t treated so much as sedated, including Sawyer, who pads around in pajamas and the anti-slip socks hospitals insist on. Who happens to be dispensing her drugs in those telltale paper medicine cups? Why, it’s Sawyer’s stalker, buttoned up just like Nurse Ratched in a white orderlies’ uniform. Is Sawyer delusional, or has Strine managed to weasel his way into the mental ward?

Foy, who stars as the Queen in The Crown, is impressively unhinged as Sawyer. As she pleads with hospital staff that she’s “not supposed to be in here,” her manic speech and her eyes – widening, black pools – tell her institutional captors otherwise.

Soderbergh, who has helmed a string of varied Hollywood blockbusters including Erin Brockovich, Ocean’s Eleven and Magic Mike, is also an avid experimenter. His new HBO miniseries Mosaic, starring Sharon Stone, was released as a mobile app that lets viewers switch between different characters’ perspectives. With Unsane, Soderbergh shot entirely on an iPhone. The camera comes up jarringly close, invading Sawyer’s space, or it trails her through the city lunchtime crowds.

The voyeurism is turned up to 11 in the latter half of the film. A climax in a padded room is hard to watch, even irresponsible. “I know everything about you,” David murmurs, cornering Sawyer. This is the pornification of stalking. Theatregoers giggled uneasily at David’s pathetic devotion. Incidentally, that’s the reaction stalking victims often get from people who have no clue: “It’s puppy love,” they say, or, “It’s flattering.”

Unsane culminates in a nauseating crescendo of violence, with women sexually assaulted, their necks snapped and their bodies chucked into garbage bags and trunks. After #MeToo, this stuff is feeling not just unpalatable, but suspect.

“Hollywood,” wrote former actor Rose McGowan in her recent memoir Brave, in which she alleged she was raped by producer Harvey Weinstein, “is very comfortable with sanctioning the abuse of women and calling it art. … The poison carries through the audience.”

In 2018, the questions women are asking of art like this are: What exactly are we being asked to consume, and why do we need to sit through it? The answer is, we don’t. 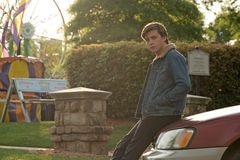 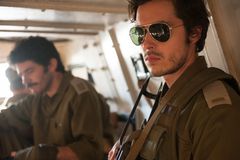