In my household, the reward for parental endurance of the Paw Patrol years has been Teen Titans Go!, a clever, fourth-wall-bashing DC animated series about a group of limited-power teenage superheroes who spend more time singing about pie than fighting bad guys. This is a show that adults can more than merely tolerate; I am happy to binge-watch it with my nine-year-old.

The Cartoon Network series (we watch it on Netflix) is decidedly lighter and sillier than the 2000s Teen Titans animated series, and while this is apparently offensive to some purists, I’m fine with it. The news that the Titans were making the tall leap to the big screen, though, elicited a personal reaction similar to learning that a favourite novel is being adapted – excitement but also trepidation. Would the film live up to the original? And if it didn’t, would it ruin the series forever? (See Sex and the City 2.)

The Titans are led by the egocentric Robin (Scott Menville), an inadequate leader and terrible judge of rooms. He is overzealous and obnoxious, the least likable of the group, but he grows on you. Beast Boy (Greg Cipes) is the wise-cracking green guy who has more heart than brains. Cyborg (Khary Payton) is a former human named Victor, whose body parts were replaced with robotic elements. Raven (Tara Strong) is the smartest, but with brains comes darkness. She does not suffer fools – despite the fact that she is surrounded by them – but behind her dismissive sarcasm there is a heart of tarnished gold. And Starfire (Hynden Walch) is the ever-positive alien princess who employs oddball sentence structure, often adding an extra “the” or two.

In Teen Titans Go! To the Movies, Robin becomes obsessed with getting his own superhero movie after the Titans are barred from attending the premiere for yet another Batman flick. Tired of being just a sidekick, Robin must prove to Hollywood’s hottest director, Jade Wilson (Kristen Bell), that he is worthy of his own film franchise. To do that, he must find his own arch-nemesis. Luckily, the evil Slade (Will Arnett) descends on Jump City (safer than Gotham, the welcome sign says) to terrorize the town, but also maybe save the day for the stars-in-his-eyes Robin.

The film pokes relentless fun at superhero tropes – the first villain we meet encases his victims in giant freshly blown balloons – and Hollywood. Robin is distressed about the fact that every other superhero seems to have starred in his or her own movie – even The Green Lantern, “but we don’t talk about that.” (The Green Lantern, starring Ryan Reynolds, was a notorious flop.) There are funny references to DC rival Marvel’s Deadpool and Guardians of the Galaxy, too. In between, there are musical numbers that spoof show tunes and ’80s cheese. Michael Bolton provides vocals for the hilarious number Upbeat Inspirational Song About Life.

While the kids at the screening I attended laughed hysterically at the fart jokes, the parents chuckled at the slightly more sophisticated humour and the adult geeks howled at the deeper pop cultural references. Nobody is going to be wowed by the animation – this is proudly 2D – but this film’s charm is story, character and nonstop, often meta, gags. It is an irreverent and at times outrageously dark spoof (watch for a gasp-eliciting bit about Batman’s origin story).

The movie doesn’t add much to the TV series, but it mostly lives up to it. If anything, it feels like an elongated episode (a “to be continued” advisement at the end sends viewers to the Cartoon Network), albeit one stuffed with cameos. Some of these are particularly clever, as in having Nicolas Cage voice Superman, a role for which he was once cast, although that film never got made.

You’re not going to be debating this late into the night over coffee (although your kids may recount their favourite jokes with you ad nauseam). Teen Titans is simply a goofy romp that never takes itself seriously and never lets up, right down to the last line – a real zinger that could make the car or bus ride home as entertaining as the film itself. 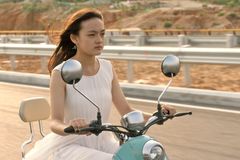 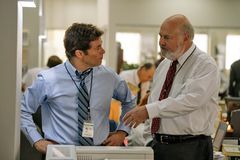