Too terrifying for children, too boring for adults and arriving far too soon after a nearly identical project, Andy Serkis’s Mowgli: Legend of the Jungle is a frustrating, fascinating mess.

After Warner Bros. started developing a new, technologically advanced update of Rudyard Kipling’s Jungle Book stories in 2012 – with directors as varied as Steve Kloves, Alejandro G. Inarritu and Alfonso Cuaron attached – producers finally settled on hiring motion-capture pioneer Serkis (Gollum in The Lord of the Rings, Caesar in the rebooted Planet of the Apes) for what would be his directorial debut. But at nearly the same time, Disney announced that it, too, was moving forward with a “live-action” Jungle Book reimagining, with director Jon Favreau using a human Mowgli surrounded by CGI animals. Kipling’s work is in the public domain, but songs such as The Bare Necessities are not, so the advantage was in Disney’s corner.

Flash-forward a few years and Favreau’s 2016 Jungle Book has earned nearly US$1-billion at the global box office and sparked an entirely new revenue stream at the studio (Favreau’s “live-action” version of The Lion King arrives next year). Meanwhile, Serkis found the time to make an entirely different film, 2017′s Breathe, as his directorial debut while waiting for Disney’s dust to clear, and Warner decided to sell global distribution rights for Mowgli to Netflix, of all places.

It’s on the streaming service where most audiences will watch Serkis’s epic starting Friday – that is, if they can stomach his extraordinarily dark, mind-numbingly repetitive telling of Kipling’s work.

The narrative beats here are largely the same as those employed in previous films: Orphan Mowgli (Rohand Chand) is taken in by panther Bagheera (Christian Bale), bear Baloo (Serkis) and a pack of wolves led by Akela (Peter Mullan), and taught the laws of the jungle. Once he’s a preteen, Mowgli finds himself torn between his various natures, and in the cross-hairs of sinister tiger Shere Khan (Benedict Cumberbatch). Aside from a late-film chapter where Mowgli spends time among his own kind, including a suspicious English hunter (Matthew Rhys) sporting the name of Kipling’s own father, most children could recount from memory exactly where screenwriter Callie Kloves’s story is going.

Not that children should be exposed to this particular legend of the jungle. Most of the film is downright horrifying, with the title character routinely getting bashed and bloodied by various terrors. One scene toward the end might prove traumatic even for adults, with Serkis unveiling a twist reminiscent of David Fincher’s Se7en.

It's little surprise that Serkis's motion-capture work here is impressive, but in perfecting the craft, he may have gone too far in creating beasts that feel all too real and intimidating. His gruff and imposing Baloo, who comes equipped with a Cockney accent for some reason, is designed to erase memories of the gentle version audiences are familiar with, which is admirable. But the bear is more unsettling than wondrous, and any sense of cinematic magic Serkis may have hoped to conjure is replaced by screw-faced confusion.

There’s an equally unnerving quality to how each of the film’s animals embody distinctly human elements of the actors portraying them. Bale’s piercing eyes haunt Bagheera in a perplexing, uncanny-valley fashion. And if you ever wanted to witness what would happen if Peter Mullan had sex with a wolf, then have I got good news for you.

For everyone else, which I assume and hope is 99.7 per cent of the population, Mowgli: Legend of the Jungle is a curiosity best left toward the bottom of your Netflix queue.

Mowgli: Legend of the Jungle opens Dec. 7 at the TIFF Lightbox in Toronto, the same day it begins streaming globally on Netflix.

Film Review
Review: The Go-Getters wallows in the gutter, and we all end up dirty Subscriber content
December 6, 2018 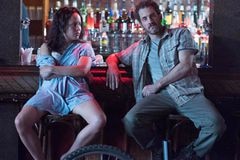 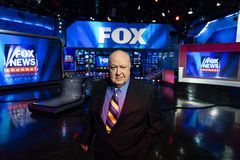 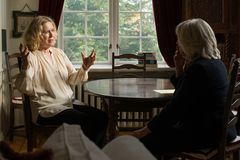