On an island of garbage in the near future, the dogs speak English, the humans speak Japanese and Wes Anderson rules. That’s to say that Isle of Dogs is another virtuosic display of the American filmmaker’s idiosyncratic and obsessive imagination. In his second animated feature, following his successful adaptation of the Roald Dahl children’s story Fantastic Mr. Fox, Anderson once again creates a uniquely whimsical visual environment; this time, it’s inspired by the classic Samurai movies of Akira Kurosawa and the stop-motion Christmas specials of Anderson’s childhood.

The plot is a simple kids’ adventure tale – in a Japanese city from which an evil mayor has banished all dogs, a 12-year-old boy risks everything to go looking for his faithful pet. But beneath the comedy and the sentiment, there are flashes of something darker. Just as Anderson used the rise of Nazism as the backdrop to a crime caper in The Grand Budapest Hotel, Isle of Dogs flirts with a metaphor for ethnic cleansing. The relationship, however, is never fully consummated as a busy denouement squeezes thematic coherence out of the room.

What is consistently admirable about Isle of Dogs is the animation. The main story is executed with stop-motion techniques: The humans looked like waxen dolls; the dogs look like friendly toys. Meanwhile, the backgrounds, several back stories, and the television broadcasts within the main story are rendered with two-dimensional animation inspired both by Japanese woodcuts and classic comic-book art. The multilayered, cross-cultural results, especially in the postapocalyptic, quasi-Rube Goldberg environment of Trash Island, are continually inventive and always delightful. The film’s design represents a stunning achievement from art director Curt Enderle and production designers Paul Harrod and Adam Stockhausen.

Its cross-species story is less interesting – wacky in detail, but formulaic in its broad outlines. Atari is the ward of the wicked Mayor Kobayashi but defies him to go and rescue Spots, the first dog banished to Trash Island in a scheme to eradicate the entire canine species rather than treat their various diseases. On the island, Atari meets a helpful gang of exiles hesitantly lead by Rex (Edward Norton), a dog long accustomed to obeying humans.

Chief, on the other hand, is a fierce stray who refuses to co-operate with Atari. His gradual conversion to the role of man’s best friend represents the only character development in the film. Bryan Cranston handles that segue delicately while the rest of the all-star cohort are mainly providing amusing shtick. (Jeff Goldblum is particularly funny as the enthusiastic rumour-monger Duke). Meanwhile, Atari’s role is spoken with convincing firmness by the young Koyu Rankin – to the extent one can judge voice work that is being executed in a foreign language.

Yes, all the Japanese characters speak exclusively in Japanese (apart from a few words of English spoken by Yoko Ono in an unnecessary cameo as a veterinary scientist) and no, there are no subtitles. (Anderson’s co-writers include Kunichi Nomura, the Japanese actor and radio host who also appeared in The Grand Budapest Hotel and now voices the dictatorial mayor).

Instead, Anderson resorts to various amusingly obvious devices to explain key points to his English-speaking audience, such as the simultaneous translator (Frances McDormand) who gives us the gist of the action at the mayor’s political rallies. The point of the linguistic game becomes apparent as the Japanese-speaking Atari meets the English-speaking dogs and the communication gap between animal and human is revealed. When the humans speak, we grasp their tone and general intent, but none of the details, letting us experience the movie’s action largely from the perspective of the dogs.

One exception to that rule is the rather improbable character of Tracy Walker, an American exchange student who exposes the mayor’s corruption when she uncovers a plot to kill a researcher with a cure for the dogs. With her blonde Afro and Japanese school uniform, Tracy is an outlandish figure who is not given sufficient space to explain herself in an increasingly cluttered landscape.

Still, she’s sharply voiced by Greta Gerwig and provides a key counterbalance for this boyish adventure story in which, on the canine side, a few stray female dogs represent little more than an opportunity for breeding. The only significant female character on Trash Island is Scarlett Johansson’s cool little Nutmeg, a well-groomed show dog with long eyelashes and a pink tag. And her role – shades of Disney’s hoary old Lady and the Tramp – is to provide a love interest for the scruffy Chief.

For all the visual innovation and apocalyptic futurism in Isle of Dogs, Anderson’s recurring nostalgia for the comforts of old movies is never far away. Of course, that retro style – and his off-kilter humour – are what make his eccentric films so pleasurable, at least for North American audiences. In Japan, dog ownership is an expensive status symbol for a country housed in small apartments; what it might make of this unlikely homage to its culture will be an interesting story to follow. 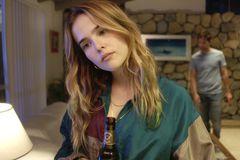 Film Review
Review: Madame has little to say about the class tensions at its core
March 22, 2018 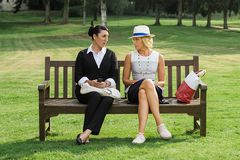 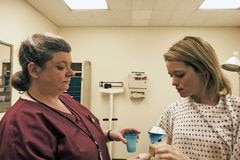