Hero, antihero or loser? It is hard to say which one Don Diego de Zama (Daniel Giménez Cacho) is exactly, but it’s most likely the latter. The protagonist of Zama wears his loneliness on his colourful, unruffled uniform sleeve in Lucrecia Martel’s first film in nine years. This is the Argentine writer-filmmaker’s first foray into period storytelling, an adaptation of Antonio di Benedetto’s 1956 novel about 18th-century Spanish colonialism in Paraguay, and it is a portrait of contradictions.

Zama is often seen in heroic poses – a uniformed figure whose status as magistrate seems believable, given his physical composure – but the film soon demonstrates he is little more than a lazy joke. An opening scene, involving mud-bathing women and his wandering gaze during an afternoon snooze in the sun, adeptly asserts the film’s position as a slow-paced but sharp examination of power dynamics. When the women chase Zama away, chanting “Voyeur!” he suddenly remember his own powers – physical, legislative, patriarchal – in one lightning-quick moment and stops, turning to slap one woman hard in the face.

Zama is not an easy film to watch, though the violence is infrequently physical. Scenarios often become openly absurdist – in one, Zama is upstaged and essentially assaulted by, of all animals, a llama, and a twist ending reveals the hidden identity of a frequently mentioned villain – but the threat of violence, and the threat of Zama’s power being stripped from him, lingers in the air. Almost like the stench of a corpse wrapped to a tree – a surprise discovery the magistrate himself finds later in the film, after bumming it through the Paraguay wilderness.

Although more narrative in scope than Martel’s previous films, Zama has a basic premise: our title character desperately seeks a transfer to Buenos Aires to be with his wife and child. He is denied over and over, and no actions can convince his higher-ups – gluttonous from sun-soaked days that stretch into night, high and increasingly mad from the power they have over dark-skinned natives – to grant his request. One can almost smell the sweat their intricately embroidered uniforms and coiffured white-haired wigs have accumulated from the heat. Zama is not the only lazy one.

While there is always some motion or action in every scene – a black servant perfunctorily waving a fan, Zama and others sweeping bushels of hay to whisk away dirt and dust – the film is perfectly orchestrated to give off a languid, restless energy that matches the protagonist’s own maddening inertia. As Zama becomes increasingly aware of the dire machinations of his position – demotivated when another official is sent to his city of choice after lecherous deeds – his mind begins to swim in delirium when others speak. Here, the sound design switches from repetitive soundscape circuits of noisy bugs to pure noise.

Zama is a disjointed watch that is both challenging and mesmerizing. It effectively illustrates the casually calamitous effects of colonialism with its pointed visual compositions; the frame is often a patchwork of architectural components, barn animals and the dehumanized body parts of servants and natives seen only partially onscreen, surrounding the sweltering faces of the hungry-for-power Spanish. It’s easy to become hypnotized by the visuals, but the film’s determination to pose some loftier statement about Zama’s emasculation is ultimately anticlimactic and at odds with Martel’s stylistic interests in crafting her chaotic, Beckettian world. Yet it is still a world worth getting sucked into for the visual experience alone – so long as you don’t expect any grander ideas. 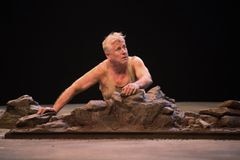 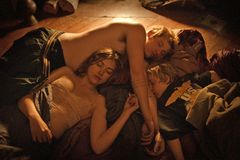 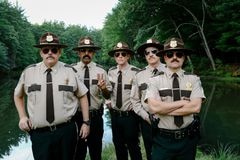