Typically, I’m the note-taking kind of movie critic. In practice, this means that every fresh review requires me to spend a half-hour carefully deciphering scribbles that I jotted down in a mad panic whilst in the pitch-black dark (though with 100 per cent of my viewing now done at home, their legibility has improved ... slightly). The only note that I managed to make while watching the new sorta-Canadian comedy French Exit, though, was one short all-caps sentence: “I DON’T LIKE YOU PEOPLE.”

This is a piece of dialogue lifted from the script, but it is also a line that best mirrored my viewing experience. Although there are admirable and interesting things about Azazel Jacobs’s new feature – most notably Tracy Letts as a cat (I’ll explain) – the whole thing pivots around characters who are either annoying, uninteresting or sketched so thinly that “annoying” and “uninteresting” would be too-generous descriptions. Simply put, I didn’t care for a single person or situation on-screen, and Jacobs’s curiously unconfident and drab direction, which is in desperate need of tighter editing, only hastened my growing annoyance.

The situation is puzzling and disappointing given that the script is from acclaimed Canadian author Patrick DeWitt, adapting his own well-regarded 2018 novel, which followed the travails of wealthy widow Frances and her sheltered adult son Malcolm, elite New Yorkers who fall into insolvency. The enjoyable absurdity of DeWitt’s novel has vanished in Jacobs’s hands. Instead, we’re presented with a tediously paced comedy with no narrative or emotional stakes, and two caricatures who mean nothing to the audience. It is not that we have to sympathize with Frances and Malcolm’s privileged predicament – but we should have some sort of emotional reaction.

You might feel sorry, though, for Michelle Pfeiffer and Lucas Hedges, two talented performers who just cannot figure out their characters and flail as a result. (Hedges does seem to be operating on his own, weirdly muted level, though – as if he’s acting in a bizarre, but not un-entertaining, mirror version of the movie everyone else is making.)

But at least there’s the possessed cat.

Yes, playwright and actor Letts lends his wry vocals to the spirit of Frances’s ex-husband, Frank, who is currently taking refuge inside the body of a small feline. This is the one idea that manages the transition from DeWitt’s page to the screen, but mainly, I suspect, because Letts wasn’t required on set. If he were, then I’m afraid his performance might succumb to whatever atonal direction Jacobs inflicted upon the rest of his ensemble.

Film Review
Netflix’s Concrete Cowboy features Idris Elba riding a horse through Philly – what else do you need to know?
Subscriber content
April 1, 2021 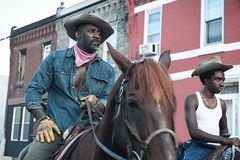 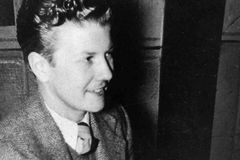 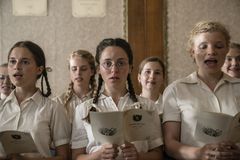