One of the fondest memories I have of my late Uncle Larry was of him taking my younger brother and me to see movies that he absolutely hated. To please his tasteless nephews, Uncle Larry sat through Street Fighter, Spawn and a half-dozen other pieces of geared-to-preteen-boys garbage. Including 1995′s video-game adaptation Mortal Kombat, whose sole contribution to culture is popularizing the game’s untz-untz-untz theme song in which a dude yells out, “Mortal Kombat!” (I’m listening to the song on loop as I write. It holds up.)

Anyway, the childhood anecdote above is a long-winded way of saying that I will carry no such warm and fuzzy nostalgia about 2021′s Mortal Kombat. I understand why Warner Bros. decided that this particular franchise needed to be rebooted. Three decades after the first game debuted, it still carries name-brand recognition. And this go-round, producers decided to go as hard on the violence as the original game-makers did, with all manner of gory eviscerations and bloody bifurcations.

But somewhere along the way from intellectual-property grave-digging to production, there has been a miscommunication about, ahem, execution. Is this new Mortal Kombat intended to be a self-serious bruiser akin to, say, Indonesia’s The Raid franchise (it does, after all, share a co-star in Joe Taslim)? Or is it supposed to be a silly, self-aware exercise that embraces its ridiculousness? One hundred and 10 minutes later, it’s clear that the wrong fighter was selected.

If you must know the plot, here goes: every so often, the realms of Earth (good!) and the Outworld (bad!) battle for supremacy via a tournament of fighters. This time around, that includes a mixed-martial arts fighter (Lewis Tan), a special forces operative whose defining personality trait is her ponytail (Jessica McNamee), an Aussie who has a laser eye (Josh Lawson), and a few villains, like frozen-powers-dude Sub-Zero (Taslim) and the CGI monstrosity Goro, who looks like Shrek Beyond Thunderdome.

It is all very, very stupid, But first-time director Simon McQuoid regrettably refuses to embrace that stupidity. When you’re making a movie in which a ninja who can control fire utters the line, “I’ve risen from hell to kill you!”, you can either acknowledge that your film is ridiculous and have fun with it, or you can attempt to go at things with a straight face. McQuoid loses this battle of sensibilities over and over. Even those hoping for a lazy evening spent watching dudes heads explode should wait for the inevitable YouTube compendium of “Finish him!” moves.

Oh, and for those who are wondering: while screenwriters Greg Russo and Dave Callaham slip in a lot of catchphrases from the game (“Flawless victory!”), they make us wait until the very end credits for just one lone utterance of “Mortal Kombat!” Even Uncle Larry would be upset. 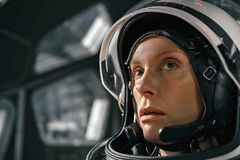 Film Review
Netflix’s The Mitchells vs. The Machines is a beautiful, witty delight that’s a godsend for locked-down families
April 29, 2021 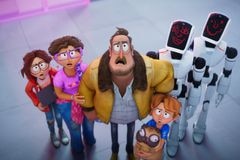 Film Review
Sci-fi thriller Chaos Walking, finally available in Canada this week, is as disastrous as its title implies
April 22, 2021 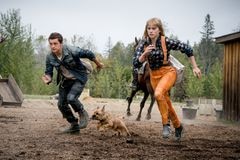