This new era of direct-to-digital film releases has resulted in some strange sights. Bargain-basement thrillers, genre abnormalities, low-fi comedies, vaguely promising dramas that sputter, and quixotic vanity projects – the past two theatre-free months have provided an intensely weird glimpse into why the video-on-demand (VOD) market cannot shake off its reputation as a third-tier destination for last-resort releases. I have seen things, people. Things no man should see.

But I’m not sure any amount of chin-scratch-worthy titles could have prepared me for Capone, Josh Trank’s new crime drama/genre whatchamacallit that arrives on VOD this week after abandoning a planned theatrical release. Although I’m not sure how the film would have played in movie theatres even if it had the chance – this is a supremely peculiar production that seems like it could only exist in the quirky gutters of the VOD world. And I’m still puzzling out whether that’s an insult or compliment.

Opening in 1946 Florida, Trank’s film purports to chronicle the final year in the life of America’s best-known criminal kingpin, Al Capone. Under government watch at his palatial mansion, Capone ("Fonz or “Fonzo” to his associates) is crumbling apart, wracked by neurosyphilis and sucking up a pungent air of paranoia. His tired, wary family try to comfort him. His underworld associates play power games on the sidelines, trying to suss out where he might have stashed $10-million over the years. And his G-men observers tie themselves into knots trying to still bring him down, believing his dementia to be an act.

But this is not a typical gangster film, or even a melancholic twilight-of-a-scoundrel drama, like Clint Eastwood might produce. Instead, Capone more closely approximates a horror movie, with Trank treating his aging godfather as the gangland equivalent of The Shining’s Jack Torrance – a man being slowly consumed by his demons, left to go stark raving mad in a giant estate where enemies both real and imagined lurk. There are ghosts and haunted hallways and so much bright-crimson blood here that you could pin Dario Argento up there with Stanley Kubrick on Trank’s vision board. And it all gets so, so close to working.

Capone’s uneasy pinging between success and failure rests entirely on the twin forces of Trank and his leading man, Tom Hardy. Hidden underneath pounds of old-age makeup, a comically fat stogie dangling from his lips more often than not, and deploying one of his trademark whackadoo voices, Hardy chews scenery here like a fat and rabid truffle pig. It is half-admirable and half-infuriating, watching Hardy so gleefully treat his antihero as a demented cartoon. Initially, the performance plays like a deliberate decision between actor and director – an unnerving pact to embrace the madness. But as the film stretches on, with Hardy increasingly sounding “like a dying horse” as one character aptly puts it, and lumbering around in pajamas like the resurrected corpse of Tony Soprano, it feels like the actor has staged a coup, and turned Trank’s film into a one-man circus. Or at the very least a freak show.

Although it is not as if Trank has the power to reign in himself, either. As a filmmaker, you have to make countless choices over the course of a production. Yet with Capone, Trank seems to make the wrong one every other time. The opening credits arrive at an odd moment, and in a curious fashion. There are serious-minded moments focusing on memory and morality, punctuated by gross-out scatological gags. Trank lets Hardy carry on like a madman, but straitjackets the rest of his talented cast to the point of stiff boredom – you can see in real time as Matt Dillon, Linda Cardellini and Kyle MacLachlan’s eyes glaze over. Even gangster-movie regulars such as Al Sapienza and Kathrine Narducci, more accustomed to lower-tier genre efforts, quickly awaken to the fact that they’ve been sold a false bill of goods.

Maybe this directorial malfeasance can be chalked up to Trank having been left out in the Hollywood cold the past five years. His 2015 Fantastic Four reboot was a mess, plagued by problems onscreen and off, and ever since he’s been trying to outrun a bad reputation that’s included a scrapped Star Wars feature and enough industry whispers to deafen anyone’s momentum.

I’m not sure whether all that adds up to an excuse when it comes to Capone. But the tension between trying to make something unique and trying to adhere to whatever expectations you place on yourself when you call your movie Capone (although to be fair its working title was Fonzo) is right up there onscreen. In all its glorious mess.

Full Stream Ahead: What to stream this Mother’s Day weekend on Netflix, Disney+, Crave, Amazon Prime Video and Kanopy
Subscriber content
May 6, 2020 How do you make movies in a locked-down Hollywood? Meet the (temporary) future of filmmaking
May 11, 2020 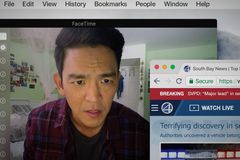 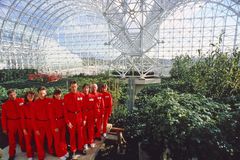