Looking back on my quick “capsule” review of Pieces of a Woman from September’s Toronto International Film Festival, I can’t help but wince. So high was I on Vanessa Kirby’s lead performance in this domestic drama – and perhaps so starved for quality work after a summer of direct-to-VOD disappointments – that I spewed the most hyperbolic lead sentence in review history (or at least my reviewing history). I won’t repeat the line – you can easily find it online, should you dare – but to offer some clarity: Vanessa Kirby is not, so far as I know, the Second Coming.

With four months distance, though, I can confidently say that Vanessa Kirby is good. Better than good. Excellent and ferociously talented. So much so that I have no hesitation recommending Pieces of a Woman despite a) its magnificently bad title and b) much of the movie outside of its performances.

The first sign that Pieces of a Woman might be a knotty film to untangle arrives right at the start, with director Kornel Mundruczo (of the similarly impressive-but-also-hmm White God and Jupiter’s Moon) unloading the contemporary hallmark of Serious Filmmaking: a long “one-shot” take.

For 23 thrilling but excruciating minutes, Mundruczo chronicles a home birth that begins in nervous excitement before ending in tragedy. As the director’s camera follows strident mother-to-be Martha (Kirby), her supportive but edgy husband Sean (Shia LaBeouf) and their flustered midwife Eva (Molly Parker) around the couple’s home, the film locks us in with the hushed terror of Things Not Going as Planned. There are no cuts or edits to the action, or at least none that is visible to the untrained eye. Only a rhythmic, unceasing punch to the chest.

Mundruczo’s unbroken-shot technique is effective, especially in the film’s opening moments, when you’re not clear just what trick is being deployed. (It helps, in a way, that Pieces of a Woman arrives on Netflix; you can rewind and attempt to pinpoint the aesthetic gimmickry over and over to your heart’s discontent.) But the opening also betrays the director’s ambitions – Mundruczo doesn’t appear to have put nearly as much thought into the film’s proceeding 103 minutes.

Narrative and stylistic slips abound. Courtroom scenes feel plucked from Law & Order episodes. Or maybe, even worse, the weakest work of David E. Kelley. Characters sometimes feel drawn exactly from real life, all stuttering rage and swirling vortexes of emotion, and at other moments seem as if they just walked in from off-Broadway, unfurling long, articulate monologues that wrap up themes and character wrinkles far too neatly. There is also a late-film family-gathering-slash-airing-of-grievances that feels scripted purely for the convenience of getting everybody in the same place at the same time. (Although it’s always nice to see Uncut Gems co-director Benny Safdie in front of the camera.)

Which is where Kirby comes to the rescue. With Martha now tripping between the various stages of grief and pressured by her family to launch a legal battle against Eva, Kirby is tasked with playing a character desperate for something, anything to steady her. Screenwriter Kata Weber, a frequent collaborator of Mundruczo’s, presents obstacles for Martha both expected (marital trouble) and surprising (myriad confrontations with her mother, played by Ellen Burstyn), all of which could have been handled passably well by any number of contemporary actresses. Yet Kirby, through what seems like sheer determination and teeth-gritting strength, transcends what is offered to her, and to Martha. Both performer and character come out the other end of the film changed, renewed.

And Kirby’s co-stars nearly match her powers, beat for beat. Burstyn is given one irresistible chance to greedily and messily chew the scenery by Mundruczo and Weber, but decides instead to make an elegant, refined meal of it. And LaBeouf, whose Sean not only deals with the same loss as Martha but also the gnawing temptation that recovering addicts face every minute, has never been more believably uncomfortable. (Don’t expect to hear much about the actor on this front; after The New York Times reported last month that his former girlfriend FKA Twigs was suing him over an allegedly abusive relationship, Netflix scrubbed LaBeouf’s name from its Oscar-tipped publicity campaign.)

One final line, though, that I can stand by from my original review: Absolutely, under no circumstances, do not watch Pieces of a Woman if you’re pregnant. Please trust me on this.

Pieces of a Woman is available to stream on Netflix starting Jan. 7 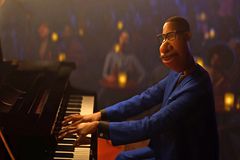 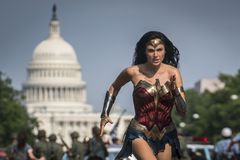 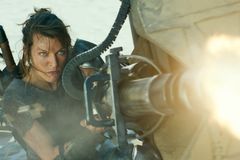