In Jefferson Moneo's neo-western Big Muddy, the Saskatchewan landscape looms large behind its characters: escaped convicts and ornery outlaws. Yet no human figure is as malevolent as the badlands themselves.

"I love Southern Gothic literature," says Moneo, a Saskatoon native making his feature-writing and directing debut. "I did my undergraduate degree in English, and modern American authors like Flannery O'Connor, William Faulkner and John Steinbeck became my focal point. I don't know if it had to do with coming from a rural area, but [those books] always resonated with me."

Big Muddy grew out of a short film that Moneo made at Columbia University, and while the original script – written by a classmate – had been set in New York, he decided to tailor it to his home province. "The area was totally lawless at the beginning of the 20th century," he says. "There were all of these caves where Billy the Kid and other outlaws hid out. You can go on these tours now to all the outlaw caves and hear about all of the local legends. Not a lot of people know about that history."

That sense of place is palpable throughout the new film, which stars Nadia Litz as a Martha, a small-time crook and single mother trying to shield her teenage son (Justin Kelly) from an array of shady father figures.

"I was interested in writing a female anti-hero," says Moneo. "A lot of the films in the genres that we're mining tend to be about men; you have all these loners and drifters and Clint Eastwood-type characters. I'd never seen that done with a woman in the lead, at least not in westerns."

"I'm an unusual choice for this character," says Litz, whose hard-edged performance is Big Muddy's most outstanding feature. "I tried to bring some things to Martha that people wouldn't expect from a so-called femme fatale." She was also happy to play a character with a real sense of agency: Martha owns all of her decisions, even the bad ones. "I don't think she has huge regrets – she's made choices that allow her to be independent. She wants to find her own path and not be waylaid by what all the men in her life want her to do."

That same independent streak that defines Martha runs through Big Muddy as a whole. The production was shot on-the-cheap in 20 days and never conforms to a generic classification: It's got elements of film noir mixed in with homages to classic westerns.

Moneo says this patchwork aspect is also derived from the setting. "If you go [to parts of Saskatchewan], you see that everybody is driving their trucks from the 1970s, but the houses look like they were decorated in the 1950s. It's this mixture of stuff from different decades. I've always found it odd and charming and strange, how there's this sense of timelessness."

"I think there's a feeling that since it's farmland, you can only do farm movies there," adds Litz. "Big Muddy brings in some folklore that's more cinematic than the usual representations of this place, especially the overlapping American mythology, with all of these famous bandits passing through.

"I think Jeff tapped into that, and he found a sense of conflict and mystery and sexiness – and he did it with some guts." 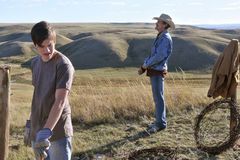 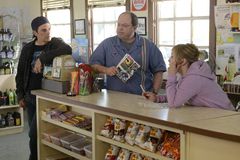 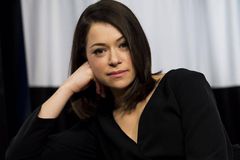 Canadian connection: Was James Bond modelled on a Mountie?
October 27, 2012 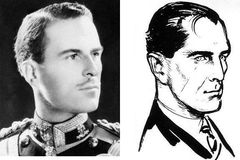