How many movies are based on a poem by Victor Hugo?

In the credits for The Snows of Kilimanjaro, director Robert Guédiguian actually cites as his inspiration Les pauvres gens, a long poem by the great French humanist writer. Known in English as How Good Are the Poor, it tells the story of an impoverished fisherman's wife who finds a neighbour dead and so takes two orphaned children into her own struggling household.

It's a sentimental poem and the wife's act is one of uncomplicated selflessness, but Guédiguian, a director known for socially committed films set in his native Marseilles, wants to challenge moral certainty: What if the neighbour had done the woman horribly wrong? Confronted with the orphans, where should vengeance and retribution stop and forgiveness begin?

In the port district of Marseilles, old union lion Michel (Jean-Pierre Darroussin) has the unpleasant job of drawing the names of 20 workers for his employer to lay off. An idealistic and scrupulously fair man, he includes his own name among the ballots and winds up firing himself.

He adjusts awkwardly to unemployment but has his loving wife Marie-Claire (Ariane Ascaride) and happy family to comfort him: For their wedding anniversary, their children and their friends club together and give the couple an envelope of cash and tickets for an African safari.

The title of the film is borrowed from the 1960s French pop song Les neiges de Kilimanjaro, which the guests sing at the anniversary party. But Michel and Marie-Claire will not visit the Tanzanian mountain: During a violent home invasion, the tickets, the cash and their bank cards are stolen.

Michel eventually finds the culprit and confronts an unrepentant young lout full of generational anger against aging socialists living in middle-class comfort. Their political credentials and their liberal faith in humankind now severely challenged, Michel and Marie-Claire rise to their own act of redemptive selflessness.

Darroussin quietly and very convincingly delineates Michel's fundamental decency and his crisis of faith: He is no plaster saint. He gets great help from Ascaride (the director's wife and long-time collaborator), adding vital energy and a lovely sensuality to the sometimes thankless role of ever-supportive-wife-to-husband-with-dilemma.

Gérard Meylan, meawhile, brings a satisfying solidity to Raoul, the less polished figure who is Michel's childhood friend and brother-in-law. Also present at the robbery which traumatizes his wife, Raoul now wants an eye for an eye.

Like the characters themselves, the performances are highly sympathetic but the film remains a social debate in the great 19th-century tradition: One can sense Guédiguian in the background lining up his arguments and his examples like a Hugo or a Dickens himself. He is never simplistic – the plot twists and turns, always adding new questions and new ambiguities – but in the end he is as much of a sentimentalist as his predecessors.

The film's final feel-good scenes do not do justice to the complexity that has preceded them, a complexity summarized by the sweetly beckoning snows of the title. Does the fantasy holiday represent a much deserved reward at the end of a hard life or a piece of indulgent bourgeois escapism? In the end, Michel and Marie-Claire will never know.

The Snows of Kilimanjaro

The Snows of Kilimanjaro: The official trailer
February 9, 2012 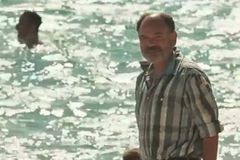