If the world agreed that you were hilarious, wouldn't you be chuffed? Wit, timing, slapstick skills – those are superpowers, able to make strangers see life anew, while doubled over laughing. What could be better?

Yet during the recently wrapped Toronto International Film Festival, I interviewed many funny people who were delighted to be playing unfunny roles. Adam Sandler, for example, sat sad-eyed and shamed, in thrall to Internet porn, in Jason Reitman's upcoming drama Men, Women & Children – and he was glad to do so. Steve Carell, hidden behind a prosthetic nose, sinks into loneliness and oddity in Foxcatcher (based on the true story of the zillionaire murderer John du Pont), and Oscar talk already swirls around his performance. Jennifer Aniston freezes her easy physicality and damps down her sparkle to play a woman suffering from chronic pain in Cake, and she couldn't be happier about it.

As precious as comedic skills are, they obviously aren't enough to satisfy those who possess them. Clowns want to cry, too.

Shawn Levy, the Montreal-born director of many successful comedies, including Cheaper by the Dozen, Date Night and Night at the Museum, is also pleased to be venturing into more serious terrain with This Is Where I Leave You, which premiered at TIFF and opened yesterday. His first R-rated work, it's a comedic drama about four fractious siblings who gather at the command of their domineering mother to sit shiva for their late father. Levy assembled his formidably funny cast, including Jason Bateman, Tina Fey, Adam Driver and Kathryn Hahn, only to nudge them out of their comfort zone toward vulnerability – the destination du jour in American movies.

The scenes in which Fey and Bateman meet for brother-sister chats on the sloping roof of their childhood home "are the most gratifying to me," Levy says in an interview, "because you have three people, Tina, Jason and I, who've had nice success in comedy, coming together to do something different. I love that we made that move together. That was a bond between us." Levy waxes on for a while, throwing out phrases like "emotionally available," "complex and poignant," "going to places we've never seen them go before," and, "When Jason finally breaks, he breaks hard."

In a separate round-table interview, Bateman and Fey seem to be taking their new seriousness less seriously. Confronted by 10 beaming Canadian journalists, both actors are watchful; they sit back on the beat and mouth the minimum amount of answer per question. Asked why he's frequently cast as the calm centre of a family storm, Bateman offers a lob: "I don't like to break a sweat while I'm working," he says. "I pick the parts that are closest to me." Then Fey comes in for the spike: "To be the emotional centre of something, a person has to project intelligence, warmth and likeability," she says, adding, deadpan, "Jason has two of those."

This mock sibling rivalry was fostered on the set of This Is Where I Leave You, most of which was shot on location in a single house. "Eleven of us spent all day, every day, in that house," says Levy, who started acting in plays at the age of 10 and continued as a theatre major at Yale. "There was a great intimacy to the shoot that is reflected on screen."

Each actor had his own process. Driver, for example, likes to prowl; he can't sit still unless a scene is actually shooting, and he doesn't do chit-chat. "He's a lovely guy; there's no one more fun to go out and have beers with," Levy says. "But when he's at work, he's very primal, instinctive. He likes to stay in that raw place. Whereas Bateman will schmooze up the wazoo. Then you say, 'Action,' and he locks in instantly and delivers."

On breaks, the cast would drift upstairs to the master bedroom, where they hung out telling jokes, gossiping, swapping stories and playing Words With Friends (Fey's constant phone companion). "By the end of the shoot, Kathryn Hahn, Connie Britton and Corey Stoll [who play supporting characters] would all be asleep on the bed at the same time," Fey says. "There were no boundaries any more."

Levy is currently editing one more film about a de facto family – the third and final instalment of the Night at the Museum series – which features the last performance by another actor for whom comedic genius wasn't enough: Robin Williams. (He'd finished shooting his recurring role as Teddy Roosevelt in May.) "I knew a bunch of Robins," Levy says. "I knew the guy who would crack jokes between takes and have the crew laughing 'til they cried. I also knew the guy who wanted so passionately to be great, who was soulful, whose depth of emotion was eminently apparent in his eyes. A guy who was hungry for direction and suggestions, all in the service of giving the best performance possible."

Interestingly, comedians' desire to prove their dramatic chops has its obverse in Jane Fonda. Despite "the two Academy Awards in her house," as Levy puts it, the actress so wanted to play the matriarch in This Is Where I Leave You – a celebrity shrink who mines her family for material, and overshares her newly enhanced bosom – that she insisted on auditioning, even though he didn't need her to. "Jane wanted to show me what she could do; she was that hungry and that willing to fight for it," Levy says. (She also spontaneously decided to audit an acting class that was assembling as one of TIWILY's rehearsals was finishing. "She just went on in," Fey says. "The rest of us went home because we're lazy, but Jane took the class.")

Once Fonda had the role, Levy continues, she was initially "intimidated by how fast and furious the improvisation was happening in the comedic scenes – and I mean, improv with some of the quickest wits in the business. But by midway through, she was throwing in her own improv."

He tells me some of the lines she cooked up; I won't spoil them for you. But it's a good example of this mysterious truth of the acting life: Lauded comedians often yearn to be dramatic actors, while a thespian royal such as Jane Fonda will work like hell to deliver a penis joke.pecial to The Globe and Mail

Film Review
This is Where I Leave You: All-star cast, but a contrived family
September 19, 2014 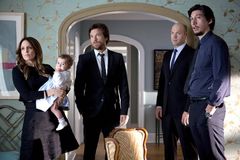 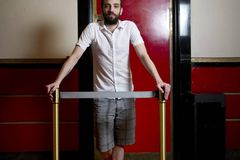 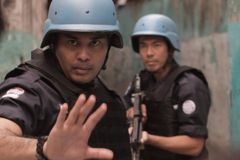