First, for the epic Gods of Egypt, which opened last week and is already an epic disaster, since it cost $140-million and earned just $14-million. Second, for the actioner London Has Fallen, the unclamoured-for sequel to 2013's Olympus Has Fallen, which opens Friday.

Looking at his meaty mug, I can't help but think, God love you, Gerry, you're still out there, bashing your brains against the rocks of public indifference, making that "Yah!" face when you raise a spear above your head, clenching your jaw when you stab-stab-stab a terrorist.

It's been 12 years since everyone went, "Who?" when you landed the lead in The Phantom of the Opera, and 10 years since your big break, 300. You're 46 now. When you open a packet of scripts from your agency, and titles like Geostorm and Hunter Killer spill out, do you sigh? Do you have a Michael Fassbender doll that you stick pins into? Or are you just happy to be working – because heaven knows, many people would give a lot to be in your sandals?

Butler belongs to a category of actor that I think of as Black Holes: performers who look good; who are probably charming in the room; who can act just fine; yet for some reason, when they appear on-screen, not only do your eyeballs slide over them as if they're not there, they also suck energy away from whatever else is happening, pulling co-stars and set furnishing into their negative force fields until – [chirp! in middle C] – the whole movie disappears from your mind the minute you rise from your seat.

Admittedly, there are only so many good roles to go around, and if you don't start to get them pretty quickly out of the gate, you find yourself in the vast, borderless B-list. Butler has hammered out a dent for himself there, in action films, where a lead doesn't necessarily need a personality to be credible. In Olympus Has Fallen, he's the next closest thing to a pixel cloud, whose only function is to be the shape that holds the space where someone is running and killing surveillance feeds and stab-stab-stabbing. Video game heroes are given more character moments.

Butler is hardly the only Black Hole out there, of course. I can reel off a half dozen in one breath: Eric Bana (Troy, Lone Survivor), who people keep trying to make into a movie star, though they, too, perish in his negative gravity. Dermot Mulroney (My Best Friend's Wedding, The Family Stone), who I'm sure is a lovely guy, but whose gormlessness on screen cannot be exaggerated. Josh Lucas (Sweet Home Alabama), Chace Crawford (What to Expect When You're Expecting), Garrett Hedlund (Tron: Legacy), Josh Hartnett (Pearl Harbor) – blank-eyed lads who radiate the quality that they couldn't penetrate the mysteries of their sock drawers, much less the human condition. (Please note that I am listing their best-known films. I bet you still can't quite picture them.)

There are plenty of women Black Holes, too, but given the fact that even our best actresses have short shelf lives, they tend to chirp out more quickly. Can anyone remember Claire Forlani, who inexplicably landed the lead opposite Brad Pitt in Meet Joe Black? Or Jeanne Tripplehorn, who got three big breaks (Basic Instinct, The Firm, Waterworld) before being sucked onto TV, where she better holds the screen? I can never quite see Jessica Biel (The A-Team), Kate Bosworth (Beyond the Sea), Michelle Monaghan (Source Code) or Kate Beckinsale (Underworld); for me they dematerialize into shapely silhouettes.

People can start out strongly and then fall into Black Hole-ness. Katherine Heigl after Grey's Anatomy and Knocked Up; or Christoph Waltz, who was so much fun in Inglourious Basterds and so one-note in everything since.

Some people are stealth Black Holes – they're lucky enough to land good roles, which kick up a stardust cloud around them, which obscures how little substance they have. Feel free to disagree with me, but I'd put Keira Knightley, Robert Pattinson, Jennifer Garner and Chris Pine in this category. Then there are people like Zac Efron and Megan Fox, Supermassive Black Holes (a real thing) who are so pretty (him) or so fearsome (her) that they simply persist, and suck space into the direction they want.

The good news is, the universe is a volatile, constantly shifting place, and the densest of Black Holes sometimes can morph into something else. Early in her career, Sandra Bullock was a BH, but she stuck it out until Speed, and then stuck it out again until Miss Congeniality. Now she's palling around with George Clooney, saving New Orleans and polishing her Oscar with the best of them.

Ryan Reynolds made a hell of a lot of movies disappear, until he himself disappeared into the Deadpool suit and – bam – reshaped the solar system around its $609-million gross (and counting). When you're the lead of one of the most profitable movies ever, not to mention an inevitable franchise, all your missteps explode at once, like the Death Star, and it's as if they were never there.

Even Jason Segel, the galaxy's most inexplicable leading man, proved himself a credible actor as David Foster Wallace in last year's The End of the Tour.

So hang in there, Gerry! You were great in Coriolanus. And I mean that. 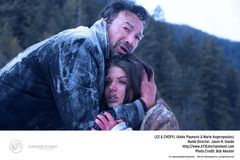 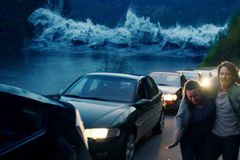 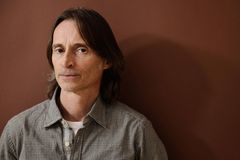 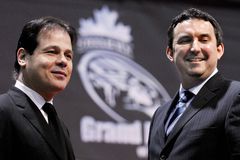 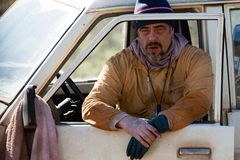