Gauging the shifting winds of fear and prejudice, the vigilante flick is often a good barometer of the social climate. It's popular at times when electioneering pols, aided by the eager media, are raising alarms about crime and punishment, insisting that the system has grown lax in its zeal to corral the wicked and guarantee our security. For example, the TV series Dexter tapped neatly into the temper of the Bush era, featuring a nice-guy serial killer who only tortures and slaughters those who profoundly deserve their fate. By contrast, LawAbiding Citizen smells a bit musty these days. Indeed, in an era when the debate has shifted from too little state vigilance to too damn much, this thing seems almost quaint.

Make that crimsonly quaint, since the pre-credit violence sets the premise in bloody close-up. Two thugs invade the house of good citizen Clyde (Gerard Butler), a loving husband and father who finds himself stabbed, his wife raped and his young daughter assaulted. Only he survives the ordeal, and soon faces a further horror. The killers are caught and brought to a Philadelphia courtroom by Nick the district attorney (Jamie Foxx), who negotiates a plea bargain: The thug-in-chief - a tattooed uber-villain of giant girth and dubious hygiene - receives a reduced sentence in return for testifying against his accomplice, ensuring him the death penalty. The consequence: Nick gets his convictions. Clyde gets angry. And eventually gets even.

Cut to 10 years later. Released, the big thug is enjoying his freedom with the usual blowsy tart. Re-enter our vigilante Clyde who, in the first of many elaborately plotted escapades, tracks down the baddie and, with Dexter-like precision, subjects him to a slow death by skill saw. Generously, director F. Gary Gray treats us to the results of this carpentry - all 25 fleshy pieces, some bearing rudely interrupted tattoos. But the anti-hero has just begun, a fact that can be safely gleaned from his enthusiastic assertion that, "I'm gonna bring the whole diseased, corrupt temple down. It's gonna be biblical."

Of course, the temple in question is the judicial system - judges, defence lawyers and, primarily, Nick the deal-making prosecutor. As it happens, Nick is also a loving husband with his own sweet young daughter, thereby encouraging us to draw parallels between the compromising law enforcer and the erstwhile law abider. Such parallels are meant to give the film depth and, for a millimetre or two, they do.

From there, getting biblical seems to involve getting technical, as the deadly plotting grows ever more elaborate - its sheer wonkiness is almost fun to watch. These lethal intricacies are possible because Clyde isn't any mere Everyman; conveniently, it turns out, he boasts a résumé especially well-suited to his new gig as the instrument of righteous vengeance. This strikes me as narrative cheating, but you may play the critical game by more relaxed rules.

Anyway, death by skill saw soon gives way to a colourful assortment of termination ploys, ranging from the crude (death by plastic fork) to the trite (death by car bomb). My favourite, although honesty demands an admission of bias in this matter, is death by cellphone. Now there's a vigilante I can definitely get behind - finally, justice is served. 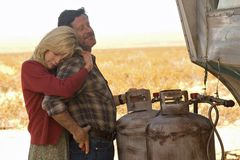 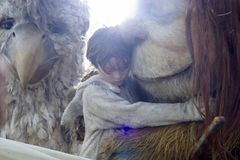 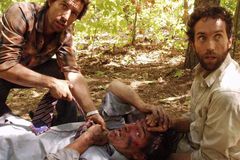