"On every album I've put out, I've put diverse Canadian songs on it. They're not provincial albums, my albums are national albums." The country-folk icon Stompin' Tom Connors died on Wednesday, leaving behind a canon of sea-to-shining-sea Canadiana. His songs are rambling return addresses, with lyrics penned by a nation's unofficial minstrel. The following collection of lines serves as the man's musical road map.

Long Gone to the Yukon: It's been said that in America, the streets are lined with gold. Canadians? They dig deeper. "Now it won't be long before I'm pickin' nuggets, my brother says they're lyin' everywhere / My boss is gonna wanna be my butler, 'cause when I come back I'll be a millionaire."

Margo's Cargo: In which Toronto gets dumped on, literally, by cow-carrying Newfoundlanders. "Have you heard the news in Newfoundland, rollin' around the Rock? How Reggie brought for Margie home, a cowsy dungsy clock?"

Sudbury Saturday Night: Weekend activities in the Nickel Belt were charmingly unsophisticated. "Yeah, the girls are out to bingo, and the boys are gettin' stinko / and we'll think no more of Inco, on a Sudbury Saturday night."

Big Joe Mufferaw: There was something fishy about the Ottawa Valley folk hero. "Well he jumped in the Calabogie Lake real fast, he swam both ways to catch a cross eyed bass / But he threw in on the ground and said 'I can't eat that,' so he covered it over with Mount St. Pat."

Roll On Saskatchewan: In which a river runs through a twangy, quickly strummed ditty. "From the wheat fields of my heart, go find your way to the cool Hudson Bay / and roll on, roll on Saskatchewan."

Bud the Spud: The red-mudded trucker probably kept his eyes peeled for speed traps. "Now from Charlottetown or from Summerside, they load him down for the big, long ride, he jumps in the cab and he's off with the pride Sobagos / He's gotta catch the boat to make Tormentine, he heads up that old New Brunswick line, through Montreal he comes just a flyin' with another big load of potatoes."

Manitoba: Otter rhymes with water? Sure, why not. "It's a land of shining water, where the beaver and the otter, play together where the Prairie crocus grows."

Man Moon Newfie: No, as a matter of fact, we don't think there's anything peculiar with an outer-space fellow being a Newfoundland native. "You might think it's goofy, but the man in the moon is a Newfie."

Lady k.d. lang: A salute to wild roses, Gooseberry Lake, and the pride of Consort, Alta. "k.d. lang, k.d. lang, she jumped around like a 'rangytang."

Okanagan Okie: Love blossoms in the Okanagan Valley. "I don't care if all the world might think I'm … hokey."

No Canadian Dream: No longer the case. "Canadian radio, boy is it grand, when you want to hear music from some other land / They tell us to like it and flow with the stream / we have no Canadian dream." 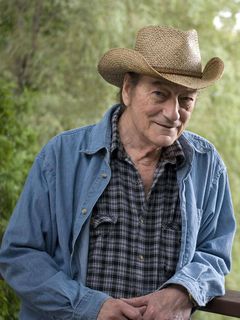 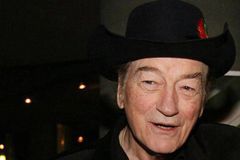 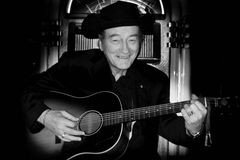 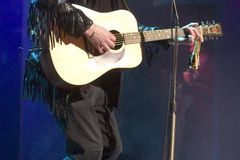