French composer Olivier Messiaen wrote many birdsongs into his music, including the "optimistic and triumphant" call of the crimson-winged finch. A pet-shop cousin of that bird, the zebra finch, appears in a sound installation at the Musée des beaux-arts de Montréal, not just as a notated presence but as the star performer.

The piece is called from here to ear, and it features more than 70 zebra finches making unpredictable music with 14 Gibson electric guitars. French artist Céleste Boursier-Mougenot replicated the birds' sandy grassland habitat in a white cube-like room, and bolted 10 Les Paul Studio guitars and four Thunderbird basses onto waist-high metal stands, string side up. Fourteen amps have been set with enough distortion that just a touch of the strings makes a sound, sometimes a large one. As the birds settle on a string, fidget around, take off and resettle on another string, the room fills with a collage of rock-guitar sound.

The strings are mostly open-tuned, so power chords can happen, especially when a sudden takeoff turns a claw into a guitar pick. Tape delays spawn repeating riffs that last for several seconds. I heard fleeting Latin rhythms, a brief waltz and the dry boom-chicka-boom that drives many songs by Johnny Cash. It's amusing to see congenial little birds trigger sounds associated with type-A performing humans, while periodically swirling through the room in a flock. I've never seen so many smiling people in an art gallery.

The one thing you don't hear much at from here to ear is the song of the zebra finch. It's less melodic and more percussive than that of Messiaen's crimson-winged specimen, but like its relative, the male zebra finch will sing all day, in hopes that its flamboyant performance will lead to sex. In rock band terms, it's a born lead singer. How surprising that Boursier-Mougenot made his birds into low-functioning rhythm guitarists, whose acoustic backup singing is almost completely swamped.

It's even more surprising when you know that Boursier-Mougenot has been making soundscape recordings since he was a teenager, convinced that there's no such thing as a noise without musical interest. He was born in 1961, so I'm guessing he was affected by Canadian composer R. Murray Schafer's The Tuning of the World (1977), one of the 20th century's most influential books about sound, and the first to use the term "soundscape."

Schafer's work was the overt inspiration behind the Montreal Sound Map (montrealsoundmap.com), an ongoing Wiki-database of sounds recorded all over the city and mapped using Google Earth. The project's mission, according to founding twin brothers Max and Julian Stein, is to make "a sonic time capsule" of Montreal, and to get listeners "to lend a musical ear to the soundscape."

In that context, from here to ear is more sound sculpture than soundscape, like the mind-blowing Nyloid installation by Cod.Act (two other brothers, the Swiss sound artists Michel and André Décosterd) at Montreal's Musée d'art contemporain during the first International Sound Art Biennial last May.

Three six-metre nylon cables, fixed at one end to the floor and joined together at the other, flexed and swayed like a towering three-legged bug, while pneumatic growls and sighs issued from speakers embedded in the feet and head. Independent rotors at the feet kept the cables under constant tension, often provoking a sudden headlong tumble by the whole structure, followed by a writhing struggle to get up again. There's a terrific video of the piece (which debuted at a Swiss marionette festival) on YouTube.

It's also possible to do sound sculpture without building anything, as Emmanuel Madan and Thomas McIntosh showed with Silophone (silophone.net), a "sonic inhabitation" of a disused grain silo in the old port of Montreal. Madan and McIntosh, who initiated the project in 2000 while working together as [The User] , installed speakers and microphones in the cavernous space, which has a reverberation time of more than 20 seconds. You can send sounds into the silo from a nearby concrete "sonic observatory," then hear them relayed back in majestically transfigured form.

Even as a sound sculpture, from here to ear seems to be missing out on the full promise of its material. It could be so much cooler to adapt and integrate the finches' unstoppable repetitive song into the free-form sounds of the guitars. Boursier-Mougenot calls his piece an "evolving installation," which implies it has changed somewhat during its 19 iterations since it was new in 1999; but for me, it's still an early draft of what it could be. It's probably also the first show at MBAM to include live sex and probably also multiple births – the nests those prolific finches are building inside four bird hotels on the gallery walls aren't for band rehearsals, and they have till March 27 to add to the flock.

Earlier this week, three other much bigger shows were inked onto MBAM's public calendar for 2016 – Pompeii: A Roman City, an exhibition seen recently at Toronto's Royal Ontario Museum (at MBAM Feb. 6 through Sept. 5); Toulouse-Lautrec Illustrates the Belle Epoque (June 17 through Nov. 13, 2016); and a major retrospective of the work of photographer Robert Mapplethorpe (Sept. 10 through Jan. 15, 2017).

Two songs you need to hear: Sean Michaels’s playlist of the week
December 4, 2015 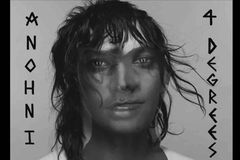 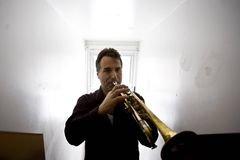