A benefit concert was held last Saturday night for the Gord Downie & Chanie Wenjack Fund, a charity which the late Tragically Hip singer named in honour of the 12-year-old Ojibwa boy who died while trying to escape an Ontario residential school in 1966 and the inspiration for his 2016 album, The Secret Path.

The event brought together a star-studded roster of Canadian musicians (including Sarah Harmer and Buffy Sainte-Marie), along with an appearance by Wenjack’s sister, Pearl Achneepineskum. Bruce McCulloch, a former member of the famed Kids in the Hall sketch comedy troupe, also made a cameo, reminiscing about his friendship with Downie.

An edited transcript of the speech follows:

I met Gord 25 years ago in Toronto’s Withrow Park. I was walking my poodle. He was there playing hacky sack with guys all over six feet tall like him. I poodled up. Half-jokingly I said, “Hack in,” like I’d seen cool kids do. He booted it expertly to me. I missed badly. So badly, I think I pulled my neck. I said, “Hack out,” and moonwalked off. Gord laughed, and that was the start of our friendship.

We became friends, first awkwardly, then profoundly. I later moved to Los Angeles, so we became men of letters and e-mails.

A few years ago I sent him a book I’d written to get a quote for the back cover. He said he was leaving the next morning and would be off the grid for two weeks. I replied, joking: “Not to worry, I bet Jim Cuddy would like to do it.”

Back came, “No, I am the ferocious reader of the musical elite. I will read your book tonight.” Which he did. My whole book.

He was struck by a line I had written in it: “The love you are given will pour right through you if you don’t know who you are.”

He put it into a song on his next record and wrote me a long, long letter, talking about the world, family, how people are important to other people without really knowing it. Love. I should have suspected then what I later knew. Gord was sick.

I found out. Then, when it was made public, I wrote him simply “God is a prick.” Back came, “Yes he is. And he probably doesn’t exist.”

You can’t just say, “It sucks you have cancer.” Cryptic is good. Funny is better. When the Tragically Hip announced they were going on tour, I wrote him: “Sir, your tour is clearly a ploy to make money.” But as I reread my sent e-mail, I realized I had misspelled “ploy” – I spelled it “plough,” as in, “Clearly a plough to make money.” Great, he’s got brain cancer and now he’s got to figure out my non-sequitur. But before I could send him my reparative e-mail, this came back:

“I will indeed try to plough some farmland as we move across Canada doing shows.” Then he signed it, “Gord Downie, friend of the farmer.” And he was. And of everyone.

Then one night, I had to tell him how much he meant to me, without freaking him out. So I sent this:

“I think about you so much. We are a part of ‘the river.’ A tradition that goes back further than the blues. We get up and tell our stories to people. Hoping to catch them, hoping to touch them. We just keep moving. Part of those who came before us and those who will came after. So, in a way, we will always be there.”

Back came: “Whenever I’ve been on ‘the river’ with you, all I’ve done – been able to do – is smile. Let’s just keep moving. Hello and love to everyone you will ever touch. Signed, Gord Downie, friend of the farmer.”

What is it like when one of your best friends dies who’s everybody’s best friend?

I was in Halifax directing and someone on the crew said, “So, Gord Downie died, eh.” Instinctively, I grabbed my sunglasses for what I knew was coming.

I went outside for air and collapsed on the ground. I was on the ocean. Halifax harbour. I looked to my left – Canada. His Canada. To the right, also his Canada. Our Canada. I thought: “I’m moving back home.” And I did. Then, from beneath my sunglasses, I felt it – wet on my face. Not just tears. I believe it was his love leaving my body. Flowing into a river that will never end.

Singing Bobcaygeon helps me endure my many brain MRIs
September 19, 2019 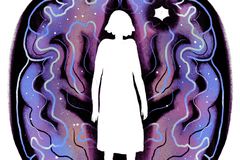 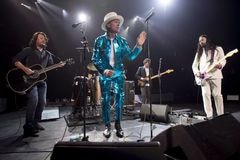