The new Caribou record is called Suddenly, but there’s nothing sudden about the career of its sole member, Dan Snaith, who started out making ambient electronic music in his bedroom in Dundas, Ont., in the late nineties. Back then, his goal was to be played on late-night campus radio in Hamilton. A few years later, while his early records were getting rave reviews around the world, he was devoting as much time to his PhD in math as he was to his music. In 2010, 10 years into his professional recording career making largely instrumental electronic music tinged with psychedelia, he released his breakthrough record, Swim, which led to larger and younger audiences. Ten years after that, he was able to sell out most of his current tour five months in advance, with very little new music to show for it when tickets went on sale.

Suddenly will finally come out Friday, Feb. 28. It’s Snaith’s strongest work to date, which the first three singles suggest: the four-on-the-floor woozy pop of You and I, the funky soul-sampling Home and the revved-up nineties house-music throwback Never Come Back.

Elsewhere, however, Snaith hones his songwriting strengths while continuing to push his sonic template. Suddenly features some of his most tender and abstract moments (bookends Sister and Cloud Song) beside deeper dives into hip-hop beats (New Jade), disco (Lime), future jazz (Sunny’s Time) and quiet-storm R&B (Like I Loved You). Not that Snaith ever sounds like he’s aping these genres; despite the disparity of influences, every song on Suddenly sounds distinctly like Caribou.

That’s been true since Day 1. Fan Richard Reed Parry remembers being jolted out of bed while hearing Dundas, Ontario, the opening track on Snaith’s debut album, Start Breaking My Heart (the musician went by the name Manitoba at the time) being played off the top of CBC Radio’s Brave New Waves one midnight in 2001.

“I had tingles,” recalls the Montreal musician, who would join Arcade Fire two years later, but at that point had just started the instrumental Bell Orchestre (who also have a long-overdue new album out this year). “It was so enrapturing: two four-note riffs and a house beat with a slight twist. It was not trying to be slick or trying to hide the wires, to mask itself. But it was also banging and interesting and really beautiful. I knew I was listening to a totally unique perspective, and I wanted to listen to anything this guy does.”

In recent years, the 41-year-old Snaith has been turning his attention to old-school songwriting skills. That started on Swim, when he wanted to write more personal lyrics. That album’s lead single, Odessa, was later covered by both Sarah Harmer and Owen Pallett.

“That was really gratifying,” he says of his peers’ nods. “It indicated that I wasn’t just living in the world of electronic music. I mean, Sarah Harmer: her whole world is songwriting.” Coincidentally, Harmer’s first new album in 10 years, Are You Gone, was released just a week before Suddenly; Pallett, who, like Snaith, hasn’t released new music since 2014 – has a new album out this summer.

There’s a direct link between Odessa and the Suddenly track New Jade. The latter is “about an explosive and traumatic divorce in my wife’s family,” Snaith explains. “It was a difficult period, but something that ultimately was for the best: getting out of a toxic relationship. Then I realized after writing New Jade that Odessa is about the same relationship, but it was a fantasy back then. It was a difficult marriage, and my wife and I were like, ‘Oh man, if she could only get out of that situation.’ And she did 10 years later. These songs are siblings somehow.”

The rest of Suddenly is very much informed by encroaching middle age and “inevitable things that caught up with me for the first time,” the father of two says. “Deaths in my wife’s family, amongst friends, my friend had a serious health scare – the moments when it feels like the lens through which you’re looking at the world has shifted. I’ve been called on to be supportive or comforting for people close to me, and to make something positive and affirming out of difficult times. That’s what the music does for me, fill that therapeutic role. I’m singing in their voice or singing to the people to whom these things have happened.”

As his writing has become more personal, so has the music. Influences were more transparent on early Caribou records, though really only obvious to music nerds with records by Four Tet, Silver Apples or Mercury Rev in their collections. His Polaris-winning 2007 album, Andorra, stemmed from his love of the Zombies and very early Vangelis.

“Looking back on that, I’m proud of it for a number of reasons, but I also thought, hang on, I’m not making music in the 1960s,” Snaith says. “When people were making those records, they weren’t being conservative and looking backwards, they were trying to make the most progressive, modern-sounding music they could.”

That led to Swim, which “connected with what was going on in London’s underground club world,” says Snaith, who has lived in the British capital since 2003, although his collaborators are still largely Canadian, including high-school friend Ryan Smith. “I felt, okay, here’s something I have to add, but that also relates in a contemporary way to my peers. It shouldn’t just mean something personally to me. It should have some dialogue with the culture it’s created in.”

Snaith’s adopted home of London is currently awash in a new wave of jazz that shares influences with his early work: Sun Ra, Dorothy Ashby and other interstellar explorers. Yet Snaith is largely a lone wolf. “It’s exciting for there to be a scene that’s generating that much excitement around that music,” he says, “but for me, those aren’t my strengths anymore. I never practise an instrument anymore. If I play a part on a record, I just play it once, and then not again until we start touring. Jazz music requires that kind of discipline and performance facility. The way I make music is quite lonely – let’s say solitary.”

That changes when it comes time to assemble the live show. Snaith is reconvening the trio he’s had since at least 2009 – Smith, Brad Weber and John Schmersal – who are now spread out in Toronto, L.A. and the San Francisco Bay Area. Rehearsals only ever take place right before a tour.

“We reverse-engineer our live show out of these studio creations,” Snaith explains. “It’s an entirely collaborative process. We exchange ideas all the time [online beforehand], and then we lock ourselves in a room for about a month. I cannot wait for that whole side of things.” That’s when, suddenly, everything starts to come together.

On her new album Heavy Light, Meg Remy of U.S. Girls looks back, both lyrically and musically
Subscriber content
February 24, 2020 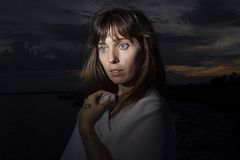 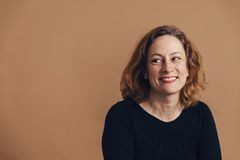 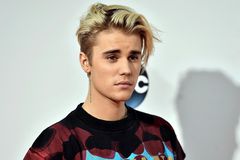