Heading from his apartment to Electric Lady Studios in New York on Sept. 18, 1970, Eddie Kramer checked his mailbox on the way out of the apartment building. His U.S. Green Card had arrived – a big deal and a good day for the Cape Town native who moved to London in the early 1960s. “I was overjoyed,” he recalled.

Arriving by cab to the new recording studio he helped build for Jimi Hendrix, Kramer, a producer and sound engineer, found everyone in tears. He hadn’t heard. Hendrix, his close friend and sonic affiliate, had died that morning in London, aspirating on his own vomit.

The rest of day was, in his words, “a kaleidoscope of interviews.” Finally, Elektra Records president Jac Holzman sent a car for him to come up to his house. “You need to get away from everything,” he told Kramer.

“That’s how I got through it,” Kramer says, speaking from his new home in Ontario’s Prince Edward County. “But, I soon got back to work. The show had to go on.”

It’s still going on. Kramer, 78, is on the phone speaking about a new Hendrix double album, Live in Maui, and a related documentary about the making of a truly weird 1970 feature film Rainbow Bridge, in which Hendrix appeared.

“Chuck was a stones hippie-dippie guy,” says Kramer, who engineered the Maui album and appears in the documentary. “I met him at Electric Lady, and I didn’t like him.”

If Kramer was wary of Wein, Hendrix’s manager, Michael Jeffery, was not. Jeffrery convinced his superstar client to participate in Rainbow Bridge, a less than professional production. Hendrix, with bassist Billy Cox and drummer Mitch Mitchell, was already booked to perform in Honolulu in early August, 1970. Jeffery had the band fly to Maui after Honolulu to participate in the film and a small outdoor concert near a volcano. Wein dubbed it a “vibratory sound and colour experiment.”

Kramer still can’t figure out why Jeffrery was so in tune with Wein’s cosmic fandango. “Michael was taken for a ride,” he says. “Here’s a highly skilled manager, an ex-MI5 agent who packed a pistol in an ankle holster, a kind of person you don’t want to mess with. But he fell for what this nutty guy Wein was selling him. God knows why.”

Why? Well, it had to do with money. People get taken in for various reasons, but more often than not it has to do with paying the bills.

Which brings us to why Kramer came to be living in Canada. A long-time sound engineer who worked with not only Hendrix but Carly Simon, the Rolling Stones, the Beatles. Led Zeppelin and plenty more classic-rock royalty, Kramer was hired to develop a recording studio as part of the multimillion dollar renovation of the El Mocambo music club.

Kramer has a history with the club. Using the Rolling Stones’ mobile recording studio, he taped that band’s performance at the El Mocambo in 1977, for the album Love You Live. When the Bay Street wheeler-dealer and excitable Dragon’s Den personality Michael Wekerle decided to bring the crumbling El Mo back to life a few years ago, he brought Kramer on board.

Kramer is no longer involved with the project. He won’t say what went wrong. An El Mo publicist told The Globe and Mail that his contract had expired, but Kramer says only that “it’s a sad story.” He released a statement last week:

“At the moment my dealings with Michael Wekerle and the El Mo Tavern are being handled by both our lawyers and I do not wish to make a comment about that, in the circumstances, at this time.”

Kramer had been living in Toronto for four years, working on the El Mo while continuing his career as an engineer and producer. When the pandemic hit, he stopped flying to recording studios in Los Angeles and elsewhere. Modern technology being what it is, he’s able to work from a laptop.

“I still do sessions all around the world,” says Kramer, who just last month moved to the peace and quiet of Picton, Ont. “I can actually control a session in Switzerland in real time, with no delay.”

It’s a far cry from the analogue enthusiast who captured Frampton Comes Alive! and rolled tape for the Beatles’ All You Need is Love. This is the man who translated Hendrix’s colour-coded wishes such as “give me some purple” into the sounds heard on albums Are You Experienced, Axis: Bold as Love and Electric Ladyland.

“I’m still an analogue guy,” Kramer says. “But the digital world offers me immediacy and connectivity on a level I’ve never thought of before. I had to do an 180-degree pivot.”

The show goes on, as they say.

Though Eddie Kramer is known for his sonic explorations with Jimi Hendrix, he’s worked with a who’s who of rock bands and artists. He lists three of his favourite musical moments.

We mixed that album in two days over a weekend at A&R Studios in New York. There was a moment during the mixing of Whole Lotta Love when it breaks down and Robert’s voice is heard breaking through, as if it was a repeat echo: “Woman …” This was not the case as there were two vocal takes on tracks seven and eight. I could not get rid of the earlier performance on track seven, even though the volume knob was turned down all the way. At the split second as this happened, [guitarist] Jimmy Page and I both grabbed for the reverb control and we were laughing as I cranked up the volume. That moment was a genuine mistake. The motto is: Leave the damn mistakes in. You ever know what might happen.

We were looking for a different sound for the backing track of Street Fighting Man. Producer Jimmy Miller had a Wollensak reel-to-reel cassette recorder and I set up the band in a semi-circle and put his machine in the middle as we tracked them in mono to get a funky sound. I then played it back through a small extension speaker and re-recorded it onto our four-track machine. One can still hear the instability of that primitive machine in the opening bars of the song.

When the communication broke down between the audio truck parked 300 feet behind the stage, we were reduced to standing in the open doorway and used hand signals to telegraph which mic channels to use. Besides that, we slept on the floor for a few hours each night, and in order to keep us going over the three days we had vitamin B12 shots in the bum. Christ did that hurt, but it got the job done.

On Sept. Keep up to date with the weekly Nestruck on Theatre newsletter. Sign up today. 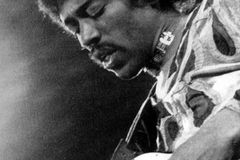 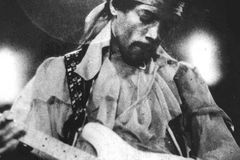