The punk band PUP just celebrated a banner year. The Glorious Sons graduated to arena status. Boundary-pushers Weaves and U.S. Girls are about to follow up their breakthrough records. But those are the exceptions, not the rule in this country. Popular rock bands are on the verge of becoming an endangered species in the land of Rush. Three of the most anticipated Canadian rock records of 2020 come from fortysomethings who formed their bands at least 15 years ago: Billy Talent (1993), Alexisonfire (2001), and Wolf Parade (2003). Of those three, Wolf Parade would have been the one that music industry would have dubbed “least likely to succeed.”

That Wolf Parade – formed in Montreal by B.C. transplants – is about to release its fifth album, Thin Mind, is somewhat miraculous. This band’s career has been marked by self-sabotage, stumbles and gleeful defiance of music-industry norms. But “you can only get drunk and let your gear fall apart for so long before it becomes not charming,” singer, songwriter and keyboardist Spencer Krug says.

But Wolf Parade were never just drunken fools. They had a strong work ethic that found them devoting equal time and creative energy to side projects. They were so fiercely DIY that even after Modest Mouse front man Isaac Brock produced the first Wolf Parade album and mixed it in a studio shared with Guns N’ Roses, the underdog Canadians ended up taking the tapes back to Montreal and re-recording and remixing most of it themselves. The result: a bona fide classic, the 2005 debut Apologies to the Queen Mary.

That record was named one of Pitchfork’s top 100 albums of the 2000s (one notch above Jay-Z’s Black Album) – one of six Canadian albums on the list, all but one of which (Junior Boys’ Last Exit) were rock records. Apologies got a deluxe reissue from Sub Pop Records in 2016, a testament to its endurance – and to perhaps the last golden age of Canadian rock music. By the end of the 2010s, there were nine Canadian records in Pitchfork’s decade-defining top 100, but only two of them were made by what would be considered rock artists – both of whom are close Wolf Parade associates: Arcade Fire and Destroyer.

But a high profile didn’t pay many bills. Drummer Arlen Thompson didn’t quit his part-time job until six years into the band’s career. Equipment was constantly on the verge of breaking down. “We were broke,” singer and guitarist Dan Boeckner says, “so we couldn’t spend any money on equipment. Our gear was objectively terrible. But we tried to use that as an aesthetic. I didn’t have a proper case for my guitar until after we’d toured the first album. I’d just wrap it in a sleeping bag.”

The first phase of their career was a series of happy accidents. When Sub Pop execs flew from Seattle to Montreal to see Wolf Parade play at a loft party, they were turned away because they weren’t on the guest list. They waited in the hall until being let in for what would be the last two songs before the gig was busted by the cops. No matter. Sub Pop signed them anyway.

A prime gig at the Coachella Festival in 2006 was derailed when Krug left his analog synth out in the California sun before showtime and all the oscillators went out of tune. Wolf Parade never had a manager, or an accountant – decisions that came back to bite them when they realized they owed a bunch of back taxes to both Canadian and U.S. governments in 2011. It’s not entirely a coincidence that they went on hiatus the same year.

Boeckner became the most visible during the hiatus, spearheading three synth-heavy rock bands (Handsome Furs, Divine Fits and Operators) and touring corners of the world most Western acts dare not go. Krug lived in Helsinki for a while, making art music on marimbas and vocoders under the name Moonface. Drummer Thompson became an electrician and a father of two in Nanaimo, B.C. Bassist Dante DeCaro released his second solo album. All now live on Vancouver Island, except Boeckner, who’s back in Montreal’s Mile End.

Wolf Parade emerged from the woods in 2016 for sold-out, five-night residencies in Toronto and New York (plus two in London). “In the very beginning,” Krug says of their post-hiatus period, “everyone was just putting their toe in the water, seeing if it would still work. No one committed long-term. But the idea was never to just make one record, grab a bunch of cash and then duck our heads down again. It was to try and build toward something sustainable and hopefully dignified at the same time.”

The resulting album, 2017’s Cry Cry Cry, was an excellent omen, perhaps their best record since Apologies. The tightly focused live shows that year were the sound of four men on the cusp of turning 40 with no time to mess around. Wolf Parade sounded better than ever.

DeCaro has since split, with plans to become a history teacher in Victoria. The band is now distilled back down to the trio who played their first show in 2003, although there’s nothing sparse about the huge sound they conjure on Thin Mind, with the help of Sleater-Kinney producer John Goodmanson. They enlisted further help by finally hiring a manager and accountants. “Long story short,” Krug says, “when we got back together, we said, ‘Hey, there are people who can help us do this if we give them some of the money!’ ”

Boeckner once sang, “Nostalgia never meant much to me,” and the strength of Cry Cry Cry and now Thin Mind ensure that current set lists aren’t entirely reliant on past hits.

Drummer Thompson, however, has no problem looking back. “That time in Montreal was special,” he says. “This group of weirdos came together from different areas of Canada and the United States and lived in this laissez-faire, hipster Disneyland that was Mile End. Everyone had time to sit at Café Olimpico and drink coffee for three hours every day. Many of [my peers] went on to have impressive careers, whether it’s writing novels that win Gillers or making records that win Grammys or being nominated for Oscars.”

Thankfully, it’s not just the class of ’05 showing up to Wolf Parade shows in 2020, Krug says. “I get messages on social media quite often: ‘Hey, I discovered Moonface last year and that led me back to Wolf Parade.’ They’re fans, and they’re 20 years younger than me. It’s a little sad if you’re just playing to 40-year-old people. Nothing against 40-year-old people! We’d still do it if it was just them.” 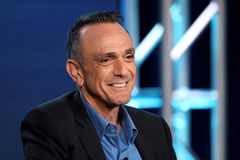 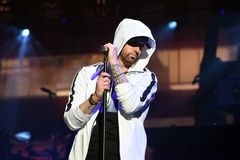 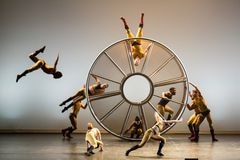