International Women's Day is March 8, and BBC Radio One is marking the occasion by broadcasting music programmed entirely by female DJs and electronic-music producers, in two uninterrupted 12-hour sessions that weekend. This is extraordinary; a decade ago, enough marquee-name female DJs to fill the time would have been hard to find. There has been a massive explosion, mostly in the past five years, of women penetrating this notoriously male-dominated and technology-intense club.

Radio One, designated for pop music, has been a supporter of club dance music, particularly through its Essential Mix, a weekly late-night broadcast that is an uninterrupted two hours of DJ-mixed electronic beats. All the biggest club DJs in Europe, even underground ones, regularly do the Essential Mix; the show's a place to hear Carl Cox, Sebastian Leger, Swayzak, or Mauro Picotto. The popular host, Pete Tong, himself a club DJ, adds introductory Cockney banter. It is a very masculine zone.

Which is funny, considering how much girls like to dance.

There have been a lot of reasons for this conundrum. Club work involves late nights, booze, drugs, loud and often hard-edged noise. Risk-taking generally is better represented among young males. Rock stars have also been mostly male, and all the same clubbishness and exclusions apply.

But there is another barrier in contemporary EDM: Making it and performing it is now almost entirely computer-based. To do it well, you must have not just a musical sense but an ability to spend long hours studying dense software interfaces and developing knowledge of Ethernet cables. The arrays of knobs and faders to master – not just on the hardware, but virtually represented on multiple screens – are impenetrable to anyone without technical aptitude and patience. Learning this is different from playing the piano: It's very left-brain, not creative.

The world-famous German techno DJ Chris Liebing recently released a half-hour video in which he was interviewed explaining his performance setup. He talked at fantastically articulate length about his send/return channels, his fader assignments, and about synching his master laptop, running Traktor, with his slave laptop running Ableton. The audience in this video is all pale guys who ask questions like "Have you assigned different controls for intensity and frequency on the delay?" It is very much like a cellphone convention. It's amusing to compare this completely sexless ambience with the dark violence of this tattooed guy's club sets.

For whatever reason, women have in the past tended to find these discussions boring. Guys are more interested in machines, goes the accepted wisdom, and are more likely to puzzle over engines in their garages and fiendish levels on video games in their basements, all weekend every weekend.

That is not to say there have not been popular and groundbreaking female DJs in even the most aggressive of club genres, and even since the days of rave. Germany has been a powerhouse for them: Ellen Allien, founder of the hypercool BPitch Control label, has been a star since the 1990s; Monika Kruse plays to vast stadiums.

Miss Kittin was an early pioneer. One of the most famous minimal tech DJs in the world, Magda, has a Canadian connection – she was a protégé of Canadian Richie Hawtin, who was then based in Windsor, Ont.

But the past five years have seen an unprecedented influx of technology-confident women. Melancholy house wizard Maya Jane Coles has performed the Essential Mix on Radio One; Siberian-born tech head Nina Kraviz is on the cover of magazines; the hard-edged Nicole Moudaber, born in Nigeria, raised in Lebanon, now in London, has skinheads stomping their feet in their cage-match basement clubs. The star of Radio One's women's weekend will be Magda, who will get her own Essential Mix.

So why the explosion now? Probably for the same reason women are flooding into mathematics and engineering programs and making up the majority of undergraduate university students across North America. It turns out the natural-aptitude idea is a myth: Remove the social barriers and expectations, and women's brains can handle exactly what men's can. Remove obligatory child care, and you have your weekends free to live-chat on Ableton forums like the boys.

The incursion of women DJs and producers has not been without its controversies though. Because DJs generally are young, female exemplars are easily turned into sex objects by promoters. Some of the women exploit that possibility themselves. There is a trend, mostly in Eastern European clubs, of showcasing topless female DJs on some nights. That is not exactly progress.

Even Kraviz, whose taste in minimal bleeps is hardly conventionally feminine, caused some discomfort when she appeared in a bio-doc video that featured her nude, in a bath. Kraviz happens to be extremely beautiful, and one can imagine it is hard to resist using that advantage for her commercial advancement. (Guys do it too; see shirtless Justin Bieber.) She was attacked for it on a number of blogs – interestingly, by men in the business.

American house producer Seth Troxler, himself a highly paid club DJ, made a sort of response video featuring himself fully and less tastefully nude, and since Troxler is chubby and, well, no Justin Bieber in the looks department, it came across as mocking. Perhaps it was just cheerfully trying to defuse the judgment over Kraviz. But Troxler has insulted Kraviz in interviews as well, calling her a "bitch," because of an incident between them in a crowded DJ booth. Troxler's first aspersion was that she refused to set up her own equipment. ("I was like … you can't plug an RCA into a CDJ?" he complained to an interviewer for Thump UK). His second was that she didn't understand DJ-booth etiquette.

That taunt is evidence of the existence of a kind of clique, with its inevitable invisible rules, designed to trip up newcomers. Talent and determination, amazingly, have been clambering over these barriers, and will perhaps change the nature of the club forever.

The artful lineage of the French mistress
January 16, 2014 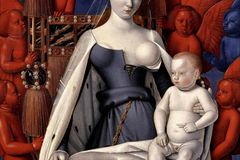 Bookworms take note: Wattpad’s chat-lit might just be worth a gander
January 9, 2014 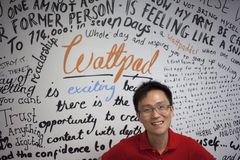 When it comes to selfies, James Franco could take a lesson from Lady Gaga
January 1, 2014 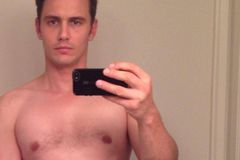