Have harpsichord, will travel.

At an upbeat affair held at the Great Hall in Toronto on Monday evening, the Tafelmusik Baroque Orchestra and Chamber Choir announced details of its 2018/19 season, the first full schedule under the leadership of new music director Elisa Citterio.

Among the highlights of the 40th-anniversary slate are a new multimedia creation by the Toronto ensemble's oboist Marco Cera (The Harlequin Salon) and an itinerary that has the celebrated orchestra and choir hitting the road nationally and internationally, along with visits to no fewer than seven Toronto venues.

The season will see debuts of guest artists including British trumpeter David Blackadder (in the seasonal program Sound the Trumpet!, Nov. 21 to 25), the Japanese maestro Masaaki Suzuki (for J.S. Bach's Easter-heralding St. Matthew Passion, March 21 to 24, 2019) and the charismatic baroque violinist Enrico Onofri (for the nature-themed program The Tempestuous Violin, Feb. 7 to 12, 2019).

He was a mentor to Tafelmusik's Italian-born-and-raised Ms. Citterio, who will be featured as a violin soloist for Tafelmusik's first-ever performances of Mozart's Violin Concerto in D Major in a season-opening program at Toronto's Koerner Hall (Sept. 20 to 23).

From Feb. 27 to March 11, 2019, Tafelmusik tours Alison Mackay's Tales of Two Cities: The Leipzig-Damascus Coffee House to seven U.S. cities, culminating in a concert at Walt Disney Concert Hall, part of the Los Angeles Philharmonic season. Tales of Two Cities will also be seen in Ottawa for a performance at the National Arts Centre on March 26, 2019. 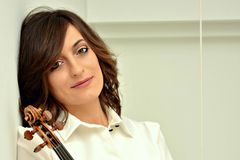 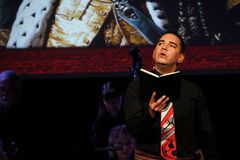