Paul Lawton's crusade against mediocre Canadian music started with an innocuous purpose: He just wanted to find some new bands to check out.

The bassist in garage rockers The Ketamines had been offered a showcase gig as part of Canadian Music Week, a music festival and industry-oriented conference. "You don't get money for it," Lawton explains, "but you do get a wristband [festival pass]."

Despite being an industry veteran himself – Lawton started promoting concerts in Lethbridge in 1994, and runs a vinyl record label, Mammoth Cave – he barely recognized any of the acts on the schedule. He decided to listen to as many of the bands as he could, and to document his reactions on an anonymous website. His posts were mercilessly caustic; in one review, he wrote, "I'm not even going to bother trying to find audio clips. The photo and their list of influences is more than enough. SUCKS."

Lawton's tumblr, Slagging Off: Death to the Canadian Music Industry (slaggingoff.tumblr.com), went viral, prompting offended tweets and speculation about who was behind it. For his next trick, Lawton outed himself, and wrote a post savaging FACTOR, the federally-funded agency that distributes grants and loans to the Canadian music industry.

Lawton claims Slagging Off is now getting 10,000 page views a day; detractors include indie rocker Dan Mangan, who penned a lengthy response on his website. "Canada has hit above its weight for as long as FACTOR has existed," Mangan wrote. "… if you really want to make a difference, cultivate a scene of thoughtful, truth-seeking musicians who give a shit and go ahead and make incredible music. I promise it will make you happier than sitting around refreshing your Twitter feed, waiting defensively to refute all the venom you no doubt are now affronted by.

"You just might catch more flies with honey than vinegar, my man."

Lawton lambasted the organization for funding what he saw as mediocre yet commercially successful artists like The Trews and Metric, and "business-class individuals who have set themselves up to live off the profits of middle-of-the-road indie rock."

He pointed to Arts & Crafts (home to Mangan, Broken Social Scene and Feist) and Paper Bag Records (who've released records by Born Ruffians, Sam Roberts and Young Galaxy), accusing them of having various advantages over smaller, more grassroots outfits, by virtue of their access to FACTOR funds. Lawton characterized the music industry as an elite club whose members' offices are almost invariably 20 kilometres or less from FACTOR's downtown Toronto office.

FACTOR's president, Duncan McKie, takes a dim view of the criticisms. "Hearsay doesn't help, especially if it's a couple of years old," he says, noting that the agency has recently implemented an extensive reworking of its application process.

For example, to be eligible for certain types of funding, a band previously had to have sold 5,000 CDs through a FACTOR-approved distributor (ie. not at a concert). Recognizing how the industry has shifted in the digital era, FACTOR now considers an artist's social media presence and its performances in funding decisions. "Their ability to commercialize their recorded music was the sole criterion at one point. Now it's only one out of many."

In its 2011-2012 annual report, FACTOR said it awarded $16.8-million in loans and grants – small sums, by government funding standards, but McKie stresses that they're carefully distributed.

"You have to have a certain level of achievement to get into our system," McKie insists. "Someone who just picked up a guitar, walked into our office and says 'I'm ready to go' can't just get money." Even for demo funding, he says, "You have to show that you have some traction in the music business."

Even Lawton doesn't think there's a conspiracy to promote middle-of-the-road indie rock. Admittedly, there's plenty of that kind of music around, but it does sell concert tickets. Without FACTOR, we wouldn't have a middle tier of semi-commercial Canadian indie rock to feed the likes of CBC Radio3, but then, indie-rock artists like Mangan sell out shows, keeping venues and promoters in business for the benefit of the whole industry.

Lawton is right, however, to ask whether, if the industry is biased toward that sound, it comes at the expense of other genres. "If they started really pushing Canadian hip-hop," he says, "who's to say it wouldn't have an easier time finding an audience?"

Lawton says he has no plans to tone down his broadsides, even if they threaten the institutions supporting indie music that Canada has built thus far. "That's an argument for maintaining the status quo." 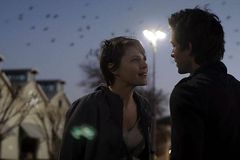 5 newcomers to keep your eye on at Coachella
Gallery
April 12, 2013 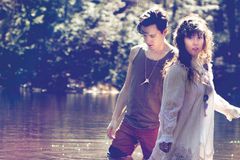 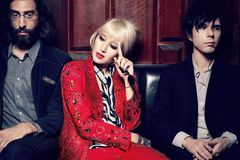