Being granted a career-marking prize could be seen as a classy way of being told to wrap it up, but Susan Aglukark is inspired and unfinished. At 49, the Nunavut native is the youngest of this year's five Governor-General's Performing Arts Award honorees in the lifetime artistic achievement category. The singer-songwriter's fellow class of laureates include the dancer-choreographer and company creator Marie Chouinard, the dramatic tenor and radio host Ben Heppner, the children's playwright and artistic director Suzanne Lebeau and the film and television mogul Robert Lantos.

Unlike the others in her class, Aglukark earns her award for activism in addition to artistic achievement. The three-time Juno-winner has long been an advocate for the people and communities of Canada's North. The title song to her 1992 album Arctic Rose concerns residential schools and suicide; the song Still Running is about sexual abuse.

"It was a personal album," Aglukark told The Globe and Mail this week. "It was an opportunity to shed some light on some of the struggles that Inuit people in particular were going through."

They still struggle. Late last year, the adult contemporary singer launched the social-media campaign #ArcticRoseWarCry as a rally call in response to the crisis-high suicide rate among aboriginal youth. "It's not an easy thing to do," Aglukark said about her activism. "It's not a light thing to take on."

Initiated in 1992 by then-governor-general Ray Hnatyshyn, the Performing Arts Award is the country's leading honour in the categories of dance, classical music, popular music, film, broadcasting and theatre. With the august recognition comes a $25,000 prize.

Complementary awards to the lifetime achievement prizes announced Thursday go to Toronto lawyer John D. McKellar (for voluntarism in the arts), Montreal actor-director Albert Millaire and playwright Benjamin Pradet (for mentorship and protégé respectively), and the British Columbian crooner Michael Bublé, the winner of the National Arts Centre Award for artistic accomplishments in the past year.

Previously named lifetime laureates in tune musically as well as sociopolitically include Neil Young, Buffy Sainte-Marie, Bruce Cockburn and Bryan Adams, who, just this week, announced the cancellation of his concert in Mississippi over the state's controversial new "religious liberty" law. The decree allows for the refusal of service to gay people by private businesses and religious groups.

The Straight from the Heart singer issued a statement saying he was using his voice to "stand in solidarity with all my LGBT friends to repeal this extremely discriminatory bill."

Adams's gesture came days after the American rocker Bruce Springsteen cancelled a concert in North Carolina over a much-criticized law in that state that invalidates anti-discrimination measures previously enacted to protect gay and transgender people.

Asked about an artist's responsibility to speak out against injustices, Aglukark says that while it's not for everyone, she's never given it a second thought. "As an aboriginal artist, I think there is a need, in light of all the very sensitive, very complicated and very interconnected issues that we all face, to be vocal."

Artists risk alienation by being politically noticeable, and Aglukark is aware of the cost that can come with the championing of causes. "Have I shot myself in the foot? Probably. But I can't stay quiet. I stay committed, if for nothing else than to use my status, if you want to call it that, to keep issues on the forefront."

Robert Lantos on life and art

Of the five lifetime artistic achievement honorees of 2016's Governor-General's Performing Arts Award, all are performers and/or writers save one, the legendary co-founder of Alliance Communications Robert Lantos. We spoke to the Budapest-born, Montreal-schooled pioneer in Canadian film and television production by phone.

About the edge of an immigrant: "When I began my career here, there wasn't a fallback solution if it didn't work out. If I were to credit the immigrant thing for anything, it's that there was no safety net for me. One had to be fearless – there was no room for fear."

About Leonard Cohen, the fellow GG laureate that inspires him the most: "His work had a huge impact on me since I was a teenager. To read him and to listen to him gave me goosebumps. Years later, we became friends and collaborators, and his words are still a source of nourishment for my soul."

About early days in the Canadian film industry: "When I made my first movie, In Praise of Older Women in 1978, I tried to secure movie theatres for it in Toronto. The largest country's largest theatre circuit didn't want to screen it because it was Canadian. That's not a conversation that conceivably would happen today. That film in particular changed the narrative. That Canadian inferiority mindset has certainly taken a beating, and that's something in which I had a hand." 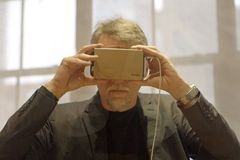 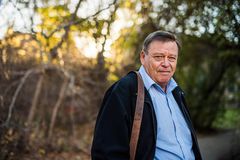