Since we’re talking about Canadian TV, we might as well start with a cliché – the “bell tolled” last week for an entire batch of executives at Bell Media. Jan. 4 was the last day at work for outgoing president Randy Lennox. This was announced months ago. The following day, mind you, a small army of senior people were gone, as new Bell Media president Wade Oosterman took charge.

What’s going on? Search me. Canadian TV, like American democracy, is in a constant state of panic and crisis now. The old model of buying U.S. shows and selling ads around them, plus doing the bare necessity of Canadian programs, is collapsing. The much-coddled commercial TV arena in Canada began to panic years ago, as soon as Netflix arrived, and is only now trying to deal with radical change.

On Monday, for instance, CBC executives were attempting to explain to the CRTC that the corporation needs more “flexibility” to move toward online viewing and listening. Basically, it wants less scrutiny. I read the CBC’s own story on that and decided what CBC is attempting is best described as “secretive.” This comes shortly after a major rift emerged inside the CBC about sponsored content in its digital spaces. That in turn came simultaneously with a minor flap about how much time CBC president Catherine Tait was spending doing her job from a home in Brooklyn, N.Y. The entire situation there is best described as “a mess.”

From my perspective, dealing with Canadian television is endlessly trying. The attitude of many players, as organizations, varies from cordiality and professionalism to outright hostility. Sometimes I wonder if the shareholders of some companies – l’m looking at you Corus – understand that getting media attention for TV programming seems to be the last thing some broadcasters are interested in. I once sent a query to Corus media relations, asking a straightforward question about coming coverage plans. The reply came back a month later. A full month.

I liked dealing with Lennox. He was honest, open, responsive and cheerful. Also genuinely committed to making distinct, world-class TV. During his first year at Bell Media, he contacted a mutual acquaintance and asked about having a personal, private chat with me. It was an excellent conversation. I told him my frustrations in getting advance notice and screeners and offered suggestions about making media relations easier. Things improved immediately. I listened to his plan and ambitions for CTV and for Crave TV.

What happens now is unclear. Ad revenue for is down for CTV’s many conventional and cable channels. Streaming service Crave is going to be a top priority, but is it simply going to buy U.S. content and rely on subscriptions to support the service? My suspicion is that truly distinct programming such as Letterkenny isn’t really on the agenda.

Meanwhile, CBC TV is having only a tiny impact these days. Even its hit shows aren’t really nurtured. The final season of Baroness von Sketch Show looked hastily made and had the aura of outtakes originally rejected for the series. That was a miserable end for a loved and admired series. Trickster became the subject of its own ruckus, but even as it aired, preruckus, the most critically acclaimed CBC drama in years was having inconsequential reverberation.

The streaming service Gem has some great programming but remains underpromoted. Given the questions being asked right now, it’s safe to say that neither I nor the CRTC understand what is being planned for Gem. It’s a secret, apparently.

It would be easy to just conclude that conventional TV is dying; to assume that given the freedom to watch content on any day and at any time, viewers never return to old-school TV. But that’s not quite accurate. HBO still has success with week-to-week episodic releases. As has Disney+ with The Mandalorian.

Canadian TV is simply ill-equipped to deal with massive change. There is a lack of imagination at the very top of most broadcasters here and the leaders are inexperienced in dealing with change. In fact, change is resented almost as much as TV Critics are resented. Almost. Still, I wish them all well. That’s quite a mess they’ve made for themselves, and good luck with that. 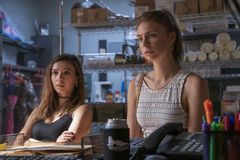 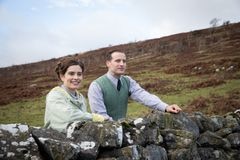 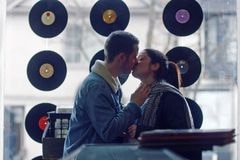