In the second episode of the impressive new CBC documentary series In The Making, there’s a curious moment. The acclaimed Canadian choreographer Crystal Pite says that she loves it when she feels like she’s “being danced.” Host Sean O’Neill then asks the appropriate follow-up question: “Danced by what?” To which Pite replies, “That’s the question, isn’t it?” O’Neil closes the segment with a murmured signal of understanding, “Mmhmm.”

Wait, what just happened there?

In The Making is an eight-part weekly CBC original series airing on Friday evenings. The 30-minute, story-driven episodes are produced by White Pine Pictures, the Toronto-based film and television production company responsible for 2004′s Shake Hands with the Devil: The Journey of Roméo Dallaire and 2010’s Genius Within: The Inner Life of Glenn Gould, among other features.

Classy, intimate and cinematic, In the Making peeks behind the curtain to look at the creative processes of groundbreaking and iconoclastic Canadian artists, with first-season subjects including Colombian-Canadian musician Lido Pimienta, Blackfoot visual artist Adrian Stimson, maverick pianist Chilly Gonzales and the Vancouver dance visionary Pite. More often than not, we get significant insight into the minds of highly self-aware creators. Other times, as with Pite, the artists might fall back on philosophically-posed non-answers.

Pite’s spot airs Sept. 28, but all the shows are currently streaming at cbc.ca/watch. The episode centres on her acclaimed theatre-dance piece Betroffenheit as it makes its final tour. Pite is charming and interesting, if occasionally elliptical. O’Neill, not a journalist, is clearly a fan of hers. “I’m curious to know what it feels like for her to say goodbye to this work that I think has been really meaningful for her, professionally and personally,” he says to the viewers, referring to Betroffenheit.

O’Neill, who took a sabbatical from his job as a programmer at the Art Gallery of Ontario to produce In The Making, is also curious about the meaning of “betroffenheit.” Pite collaborator Jonathan Young, who wrote the emotional piece after a personal tragedy, says that it’s a hard question to answer, but the closest English translation is “shock.” O’Neill helps Young: “It’s a German word.” Pite then says it’s a “perfect title.” When asked why she thinks that, Pite struggles. “Because of what he said,” she replies, smiling mischievously as she refers and defers to what Young said 10 seconds earlier.

The production value of In The Making is first rate; the tone, relaxed and personal. The show’s travel budget is not stingy – flights are made to Paris (for the expat pianist Gonzales) and rural Colombia (for Pimienta). Talking heads are not relied upon; it’s all O’Neill (who has a natural, softly-probing style) talking with his regularly articulate interviewees. And while he sits at a table and paints with Pite and her child, he keeps a more professional distance with someone like Gonzales.

The producer-musician was born Jason Beck, but answers to “Gonzo.” He uses his instrument’s 88 keys in beautifully harmonic ways, and his Grammy-winning talent has been called upon by such leading artists as Drake, Daft Punk and Feist. He is reflective and elegantly intelligent, but has a flip-side character that is famously bombastic. O’Neill gets Gonzalez to talk about his persona.

“Chilly Gonzales is a name I can give to a fantasy version of myself, in which I am a hero and a villain, and, if it all works, I will be accepted, loved and rewarded for it,” the pianist explains.

Covering the launch of the Gonzervatory, which is Gonzales’s high-end musical camp in Paris, the episode is smart, illuminating and soulful – indicative of In The Making at its best. Gonzales, his music in the background, is a fascinating cat, to say the least. To say the most, he’s a musical genius.

Who does say that? Gonzales himself, and we find out why.

“In the beginning, it’s provocative to say I’m a musical genius, and I enjoyed the reaction it got, because people didn’t know if I was serious or not,” Gonzalez explains. “But I think what everyone could feel is that, at the very least, I wish I were a musical genius. And to be in touch with people’s wishes is to have an intimate connection with them.”

Well said, and applicable to In The Making itself. Because intimate connections is what this series is all about. 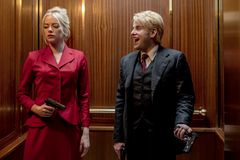 Opinion
14 & Muslim is a nuanced, rich snapshot of a complicated situation
September 20, 2018 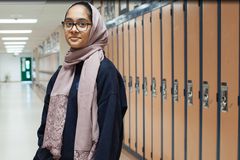 The Emmys failed to reflect the very best of TV
September 18, 2018 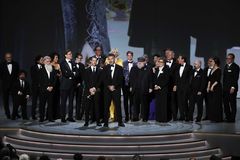