What happens when the very, very rich and powerful are feeling angry and exposed? Well, they move around in their world; helicopter to limousine, and somebody eventually says, “What’s the play?”

That’s the opening moment of Succession (Season 3 starts Sunday, HBO/Crave, 9 p.m.) in a nutshell. It’s brisk, terse. The talk is bitter, bawdy and floridly aggressive. Then somebody says, “I’m gonna ground your bones to make my bread.”

It could only be Logan Roy (Brian Cox), who is beyond furious, to the point of being aflame. Little wonder. If you need a catch-up, here’s what happened at the end of the second season.

Inside the Waystar Royco conglomerate the Roy family owns, a fatal scandal was about to explode that might undermine the company. Certain crimes had been committed in the cruise-ship corner of the empire. It has been covered up. It was decided that Kendall (Jeremy Strong) would take the blame and the fall, and leave Waystar Royco.

Logan’s contempt for his son had risen to loathing and the son was expendable. At the press conference planned for him to take the fall, Kendall made a stunning move. He blamed his father for the cover-up and claimed he could prove it. “The truth is that my father is a malignant presence, a bully and a liar,” he said. The company was in tatters, just like the prepared speech that Kendall tore up.

As this season starts, Kendall is on a high, having made his play to control the company and ruin his father. But, as viewers know, Kendall has a history of being high. Meanwhile, the rest of the family unites with their lawyers and flunkies, and considers flying to some place to avoid extradition. Logan has his own strategy; maybe he could give one of his family temporary control, but who?

It is a visceral pleasure to see Succession again. And its distinctive methods are intact: The seething jealousies and back-stabbing that unfold when the family unites; the flinty, often ferocious dialogue full of swearing and barking aggression.

There is ceaseless movement for a while as limos roll along and private planes are used. But then there is only a family in a room (or on a yacht, like a memorable scene in the second season), sons and daughters and their spouses, each waiting for the chance to make their own play, and always waiting to see what Logan will do.

As before, it is daughter Shiv (Sarah Snook) who seems to be the true heir to Logan. She has no feelings of guilt, she is as ruthless as he. Can she make the play that finally proves she’s more worthy to run this empire than any man? Her first task is to get the lawyer that Logan wants to handle the mess.

The creative team behind Succession did not dawdle during the pandemic-related delays to production. Instead, they made the drama even more tense, more bleakly, corrosively humorous about the superrich. Here, Logan is back in full throttle as the Lear-like patriarch, and now he’s even worse because he’s a wounded beast itching to strike back and, at the same time, perhaps, reluctantly admiring of his weak son’s blistering move.

He’s wounded but not without resources. There is a suggestion from his team that he needs to talk to the U.S. President or at least the Department of Justice to get help, call in favours. This is a world livid with corruption, and in the post-Trump period, it rings uncannily true. But then, with Logan, you know he wants to do the damage and strike back by himself.

In the episodes sent to critics, the series retains formidable power. Again, you wonder why you feel compelled to watch the nefarious, cynical antics of these starkly maladjusted people. Who is there to root for? Are we like people in a theatre, watching Shakespearean-type drama about who might inherit a kingdom? Seeing it all play out in confined places, in conversations so filled with cynicism that you want to recoil? Well, yes.

In the matter of who to root for, there is always the possibility of finding succor in Cousin Greg (Nicholas Braun), whose loquacious sincerity is deliberately disconcerting. He always seems to stand in contrast to the mewling vindictiveness of Roman (Kieran Culkin), who is still propositioning women at every chance, and Tom (Matthew Macfadyen), whose fear of Logan is as clear as the sweat on his face. You will be made to rethink Greg’s cunning.

The appeal of Succession, apart from its luminous portrait of betrayal and its vigorously colloquial dialogue, is our suspicion that this is how the superrich live and behave. Oh, sometimes they use their wealth to send phallic rockets into space. And we might say, “Cool!” but we suspect their day-to-day lives are as full of loathsome actions, big and small, as those of the Roy family in Succession.

Opinion
In defence of Ted Lasso: The backlash is undeserved
Subscriber content
October 13, 2021 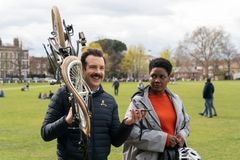 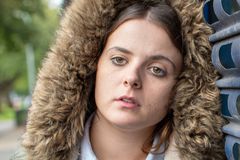 Opinion
Come to Acapulco in the 1980s, where the gentle fun resides
Subscriber content
October 8, 2021 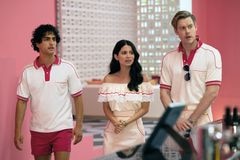