Some actors do certain types of roles so exquisitely that you can happily watch them do it over and over. Two of these actors are Reese Witherspoon and Kerry Washington.

Little Fires Everywhere (streams Amazon Prime Video from Friday) features both. Witherspoon plays Elena, a tightly wound wife and mother living in the swish suburbs of Shaker Heights, Ohio, with her husband (Joshua Jackson) and their four kids. Elena is, like her character in Big Little Lies and indeed going back to her role as Tracy Flick in the move Election, overachieving, with a tendency to be controlling. Also, she wants to be known as nice and liberal.

When she comes upon Mia (Washington), an artist who seem to roam from town to town with her teenage daughter Pearl (Lexi Underwood), she offers them a house she happens to own. Mia is black – this shifts the story from the original novel by Celeste Ng – and Elena is the sort of woman who almost boasts that one of her daughters has a black boyfriend. Soon enough, Mia and Pearl are spending most of their time in Elena’s home and, it seems, influencing Elena’s kids.

Mia is a de facto housekeeper and, as she says to Elena, “White women always want to be friends with their maid.” The dynamic is fraught with tension about race, class and indeed sex. Elena is coming apart and Witherspoon does this well. Mia is guarded but perceptive and Washington is brilliant at that. A conflagration is coming, and in fact the series opens with that conflagration, and goes back in time.

On the evidence of early episodes, the series, which is set in the Clinton-era 1990s, has a slow-burning (no pun intended) power. Essentially, Elena is deluded and something awful is bound to happen. Recommended.

Also airing this weekend: Once Were Brothers (Sunday, CTV, 8 p.m.) finally comes to regular TV after a run on Crave and last year’s opening at TIFF. It’s a bracing journey filled with wonderful anecdotes and splendid footage, and it is, emphatically, Robbie Robertson telling the story of The Band, from his perspective. He’s rueful and who wouldn’t be, about these Canadian guys, with the American Levon Helm, and their music, ending up as a defining artifact of Americana. The trail starts with Ronnie Hawkins, leads to Bob Dylan and then Music from Big Pink, the album recorded at that notorious house near Woodstock, N.Y. The documentary is an act of legacy-building, some settling of scores and, in a way, an elegy. Like a lot of great music stories, once the drugs become important, little else is. A must-see slice of Canadian history.

Arriving too this weekend is season two of Homecoming (Amazon Prime Video from Friday), which might appear to have an unnecessary existence – the first season had a completed scenario. In it, Julia Roberts played a woman troubled by what was going on at a mysterious facility where U.S. soldiers traumatized by war experience were being treated. Canadian Stephan James stole the show as the one soldier most suspicious of things. James is back but Roberts isn’t.

Finally, this column continues with a “stay-at-home-period daily-streaming pick.” Today’s pick is Gia (Crave), the 1998 HBO movie that made Angelina Jolie a star. It’s a biopic, dramatizing the life and self-destruction of one of the first supermodels, Gia Marie Carangi. At the time it was first aired, it caused a small sensation for its treatment of lesbian sex, drugs and nudity. And yes, it can go over-the-top, but Jolie is outstanding in the title role, a working-class kid who tumbled into modelling and, with her raw sexual looks, instantly became a top model. She was also a little crazy – a punk kid at home in the alternative rock world of David Bowie wannabes and drug-addled pseudo-artists. She could be shallow, violent, impulsive and was utterly unwilling to stop consuming cocaine. She threw her short life away, always on a downward spiral that ended with an AIDS-related death from an infected needle in 1986. Examined today, the movie appears to let the modelling business off the hook and puts undue blame on Gia’s mother, played by Mercedes Ruehl. For all its nudity and sex, it’s about a lonely misunderstood young woman.

Opinion
Influence: The story of the most wicked man in the world
May 20, 2020 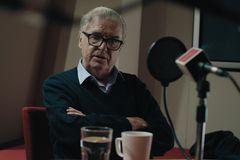 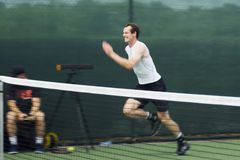 Opinion
Watch out: Fun and frolics with historical drama
Subscriber content
May 14, 2020 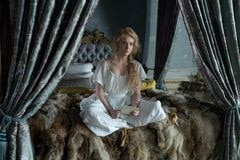