It took a while but eventually everybody figured out that Sons of Anarchy was loosely inspired by Shakespeare’s Hamlet.

Creator Kurt Sutter acknowledged the connection and, indeed, for anyone paying attention to the epic biker drama, even with only a superficial acquaintance with the play, the template was there. Jax Teller was Hamlet. Clay Morrow was Claudius. Gemma Teller-Morrow was Gertrude. Mind you, nobody needed a deep knowledge of Shakespeare to appreciate a storyline drenched in bloodshed, lies and betrayal.

Sons of Anarchy ended in mayhem in 2014 with more dead bodies than in Hamlet but, like the play, the series sometimes had its most violent scenes rooted in emotion, not gunplay. Sutter had high ambitions and his series, more cult hit than mainstream phenomenon, was never going to be the end of his aspirations.

Mayans M.C. (Starts Tuesday, FX, 9 p.m.) would, in the old days, be called a spinoff from Anarchy. But these days, when cable TV allows creators enormous freedom, that is too simple a term to describe the new series. It’s set after Anarchy ended and among people who were part of the original drama. It doesn’t so much move the narrative forward as it shifts it sideways. It’s related to the original. And it moves away from Hamlet toward the stark contemporary world of drugs, gangs, cartels and politics on the U.S.-Mexico border. For all its biker commotion it’s very attuned to the grim heartbreak of the setting in the present day.

The members of the Mayans Motorcycle Club were part of the Anarchy universe, guys who were at first enemies and then allies of the Anarchy clan. As Anarchy made clear, drug-running and related criminal activities are an endlessly shifting game and it is literally anarchy out there on the mean streets and highways. Here, the Mayans come fully into focus, a group whose domain straddles the border.

Our entry into this world is through Ezekiel (EZ) Reyes (J.D. Pardo), a "prospect” for the gang. That is, he wants to be a member and is doing tasks to gain full membership. He rides his bike, looks steely-eyed and tough and then, within minutes, we’re given a flashback to when he was a college student with a nice girlfriend and on his way up in the world. What happened to land him in prison and then become a trainee gang member is unknown. But that’s part of what draws the viewer in.

The other element that fascinates is the physical picture of the border and how the gangs, the cartels and the so-called authorities operate. The Mayans make most of their money shipping drugs for others. Their main customer is a guy named Galindo (Danny Pino) who owns a dress factory and moves heroin for a Mexican cartel. The drugs go inside the “quinceanera” dresses being shipped out for Latino girls celebrating their 15th birthday. There is grim humour in watching gruff bikers carefully pack the dresses, but the emphasis is on grim, not humour.

One shipment of dresses and drugs goes awry and that’s how the story starts. From there we see how the bikers cross the border – it’s called "the fence” and that’s what it is – with ease through underground tunnels. There is a spectacular gunfight in a graveyard, a brutal torture scene in a basement and in that scene the vital information is given that a mysterious woman is behind the cartel’s drugs going astray. Who is she? Well, let’s just say that somebody is prepped to take on the vicious drug cartels, and that somebody isn’t a gang of bikers.

While Sons of Anarchy was set in a particular universe of gloom and ceaseless, jarring violence, Mayans M.C. sometimes has a telenovela quality. A forlorn one, mind you. EZ’s ex-girlfriend Emily (played by Irish actor Sarah Bolger) is now attached to Galindo. EZ’s father (Edward James Olmos) runs a butcher shop and looks with dark askance on the activities his son wreaks upon his shop. There are children, emotionally fraught and angry, who pull off attacks on extremely dangerous men.

What you get is a strange blast. There is shocking violence, star-crossed lovers and wisecracking bandits. While not as ambitious as Sons of Anarchy was from the first episode, Mayans M.C. is fascinating, ferocious and shrewd. It ain’t Shakespeare, but it is salient and thrillingly confident in its storytelling.

Pulp-fiction Ozark is back for the perfect long weekend binge
August 31, 2018 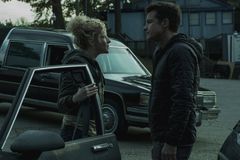 Netflix’s feverish interest in youth is more than a marketing ploy
August 29, 2018 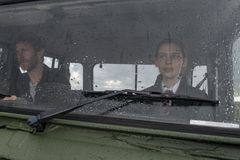 Shaun Majumder’s departure from This Hour has 22 Minutes is all about CBC arrogance
August 28, 2018 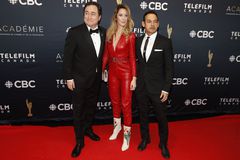