In the first 60 seconds of Enslaved, a new six-part documentary epic on the transatlantic slave trade starring Samuel L. Jackson, the magnitude of the project is unmistakable. Viewers are treated to extraordinary aerial photography, unsettlingly realistic historical re-enactments, and a euphoric scene of the Benga tribe performing an initiation ceremony in Ghana. It’s breathtaking and polished – deploying a full arsenal of movie-making magic to tell a story that is 400 years overdue – and nudges at the pit of your stomach.

“Approaching something like this [was] a huge responsibility. Audiences don’t want to be lectured to. They want to be moved, they want to be gripped, they want to be engaged,” host, director and executive producer Simcha Jacobovici says over the phone. “We felt we owed it to the subject matter to make audiences connect, and wanted to push the envelope – not just in filmmaking, but what’s been done. It’s a combination of diving technology, historical sleuthing and just good, old-fashioned filmmaking.”

The series follows a growing collection of acclaimed storytelling on the subject (the novel Homegoing by Yaa Gyasi and The New York Times podcast 1619 by Pulitzer Prize-winning journalist Nikole Hannah-Jones come to mind) that is intent on agitating our collective memory. The transatlantic slave trade is cast as both a tragedy and a crime where the perpetrator is named explicitly. It’s a big budget saga that was filmed in 12 countries on four continents, and it utilizes an unabashedly cinematic score to punctuate and unveil each harrowing historical truth – such as the fact that of the 12 million people who were trafficked, only 4 per cent went to the United States.

The most awing moments of Enslaved revolve around the exploration of African slave trade shipwrecks, executed by Diving with a Purpose, a group of mostly Black elite scuba divers devoted to underwater conservation projects with a focus on the African diaspora. Over two and half years of filming, and with the assistance of world-class marine biologists, the team dived six slave ships – to date, the most ever excavated. The unprecedented logistical and operational undertaking for the crew cements the series' historical contribution beyond documentary.

“Our coming together was fate,” says Kramer Wimberley, one of the featured divers. “By working together we were able to bring this history to a much larger audience than we would have been able to do separately.”

Throughout the series, viewers are privy to the meticulous planning that goes into each risky dive, and are there for each discovery. The episodes pair suspenseful Indiana Jones-esque action with stirring moments of personal edification. In one sobering moment, diver Alannah Vellacott emerges from the water and reflects on the grim reality of a recent excavation: “It’s a gravesite,” she laments.

“I heard a lot of [the divers] say, ‘This could be my ancestors down here,’” Jacobovici says. “It was very difficult, but it’s authentic and it comes from the heart.”

After three years in production, the premiere date almost feels like divine timing, after a summer where calls to overhaul systemic racial inequities have encouraged a global reckoning. Perhaps one of the most remarkable features of the documentary is its insistence that the transatlantic slave trade is both a part of Black history, and larger than it – that this wide-spread, long-lasting and often painful reckoning deserves the attention and grief of the many nations that initiated it. The value of the series has not been lost on an international audience: At the time of publication, 130 countries had purchased screening rights.

“[As] the child of Holocaust survivors, something that has been burned into my brain is that is if we don’t deal with in the past, we’ll repeat in the future,” Jacobovic says. “This is a story that we as a planet have to come to terms with. You can’t act like what’s going on on the streets – the debates over racism, monuments and police violence – have nothing to do with a 400-year legacy.”

But rather than dwell in past centuries of unspeakable horrors – and unspoken they have been – the documentary aims for reclamation. It’s equally a story of rebirth and redemption that drives forward a collective story with personal narratives, and seeks to remind audiences that Africa is not a monolith, but a combination of many rich cultures. Jackson, in one of the most intimate moments he’s ever shared on screen, travels to Ghana to meet his ancestral tribe. To witness the group acknowledge his familiar gait, a mark of a beach-dwelling lineage, and welcome him with open arms is deeply affecting.

Says Jacobovic: “We didn’t just want six episodes of suffering, and we did not want to show African’s simply as victims, but as people who struggled to achieve their own freedom.” 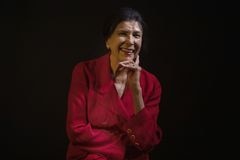 Rendezvous with Madness fesitval makes a smooth transition in the age of COVID-19
October 14, 2020 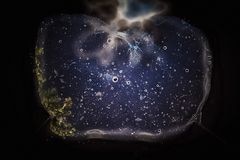