The topsy-turviness of the world continues at pace. Normal existence is almost sinister in the COVID-19 era, and yet there’s a rock of stability. That’s Netflix. Just in time for winter and second-wave lockdowns, comes Season 4 of The Crown. Even better, it’s actually more interesting and entertaining than much of the earlier seasons.

The Crown (starts Sunday, Netflix) now arrives at the juicy part of the story of the royal family. Unless you’re besotted with them, the clan isn’t all that interesting as the focus of tempestuous, heart-tugging drama. Now, however, enter Diana and Margaret Thatcher. And no longer are we gazing at expensively made period drama about barely knowable people. We are looking in the rearview mirror at people and events that galvanized the world not long ago.

The history of Britain in the 1980s is essentially anchored in three women: the Queen, Thatcher and Diana. Admittedly, that’s the pop-history version, and it pushes aside the formidable impact of the Troubles in Northern Ireland, but The Crown has never been good at asking Irish questions, nor interested in answering them.

This season has sizzle largely because it’s about two women being outsiders who clash and clang with the family that is as suspicious of outsiders almost as much as it is suspicious of change. It’s Gillian Anderson who dominates as Thatcher in the early going. Steely, unperturbable and gazing at the Queen (Olivia Colman, again) with a mixture of contempt and unease, she’s a perambulating symbol of hard work and a kind of practicality that the royals cannot grasp. She is of course “common” in their view, unable to play their game of rectitude and entitlement, and Thatcher is fundamentally against any sort of entitlement. The second episode, in which Thatcher and her husband visit Balmoral Castle, is the darkest of comedies about snobbery.

Anderson does a staggeringly good job of mimicry here, capturing Thatcher’s strange hauteur – that of a middle-class woman obliged to act and sound posh to get anywhere in politics. The Diana figure, superbly played by Emma Corrin, is set up as the opposite of Thatcher. The steely PM never wanted entry into the world of royals and their circle. Diana did. Here she’s first the obsessive youth, mad about Prince Charles (Josh O’Connor) from a distance and then enchanted as she is courted and enters that world. Once there, however, she’s lost. It’s a tricky role, this one. Diana is at once the bubbly, shallow young woman, dancing in the palace to Duran Duran, and at the same time, a relatable figure who slowly and agonizingly realizes that her self-esteem has been destroyed, both by betrayal (a lunch scene with Camilla Parker-Bowles, played by Emerald Fennell, is devastating) and by an entire family who cannot express emotion or affection.

As ever, The Crown is based on a script that’s fairly basic. It’s ultra-unsubtle. If you failed to realize before now that both Charles and Prince Philip (Tobias Menzies) are bitter, clueless men starved of love and joy, you are made to know it with force. What’s happening this season, however, is actors being allowed to draw out elusive sensitivity and grace from under that gauche script. There is less posturing and more seething emotion. And as ever, the series looks astonishingly beautiful at times. Every cent of Netflix money that could be spent on the visuals was indeed spent.

Murder on Middle Beach (Sunday, HBO/Crave 10 p.m.) is one of the most intense and emotional true-crime docuseries ever made. On March 3, 2010, Barbara Hamburg was found dead on the lawn of her Middle Beach Road home in a quiet area of Connecticut. Her death was caused by blunt force trauma. That day she was expected to appear in court for a case against her ex-husband Jeffery, who was failing to pay alimony and child support. Among the devastated family members was her teenage son Madison. It is Madison who, for the past several years, has slowly and painstakingly investigated his mother’s death.

Because the filmmaker is the child of the victim, the story has become very fraught. He knows his father was a suspect in the case. He knows that incompetence and corruption in the local police may have allowed his father to evade charges. But as he slowly begins to look at his mother’s life he realizes he knew little about her. In a way that’s disquieting and nerve-wracking he’s obliged to ask aunts and others in his family if they had a role in his mother’s death.

Finally, if you are so besotted with the royal family that The Crown isn’t enough, take note of Secrets of Royal Travel: Secrets of the Royal Train (Sunday, PBS, 10 p.m.), which promises, “The inside story of the most luxurious and exclusive locomotive in the history of the British Isles, from its lavish past as the ‘royal express of excess’ to its role today as the royal family’s mobile home away from home.” It’s probably not at all as glamorous as what Netflix presents. 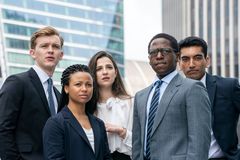 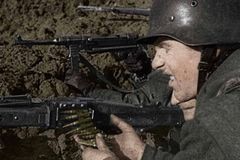 Opinion
Flapdoodle at Fox News: What the pro-Trump channel does next is vital
Subscriber content
November 9, 2020 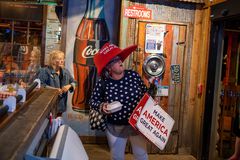