When Arthur Black received the news of his illness, which he likened to being walloped upside the head, he continued to do what he'd done most of his life. He wrote, and what he wrote was frank and darkly funny. Days after doctors delivered their grim prognosis that he had late-stage pancreatic cancer, with not a long time to live, Mr. Black was back at his computer, blogging about it.

"I'VE GOT WHAAAT?", the humorist and venerated long-time host of CBC Radio's wildly popular Saturday morning show Basic Black began. "Until I received the diagnosis, I hadn't spent a moment thinking about my pancreas – or anybody else's. I thought Pancreas was a stop on the London Underground."

Over the next several weeks, he related his experience with hash oil ("it looked like a gob of road tar on an August afternoon."), his hope to finally finish War and Peace ("I mentioned I was an optimist, right?"), and playing "whack-a-mole with another deadline," referring to his rejection of "Dead Man Blogging" as the blog's title, in favour of a neighbour's suggested "Last Writes." That "deadline" turned out to be his last. His cancer came on far more aggressively than anyone had foreseen. In excruciating pain, Mr. Black, 74, chose a medically assisted death. Surrounded by family and close friends, he died on Feb. 21 at Lady Minto Hospital on B.C.'s Salt Spring Island, a mere seven weeks after learning of his terminal illness.

It was characteristic of Mr. Black to want to let people in on his dire future, yet in a way that made them chuckle.

He had been churning out wry, witty columns and books on the foibles that make us human for more than 40 years, winning the Stephen Leacock Memorial Medal for Humour three times. Mr. Black saw no reason to stop. "Everything is funny. It really is," he told an interviewer in January.

But beyond his 19 books with their punny titles (Black in the Saddle Again, Black by Popular Demand, etc.), Mr. Black was most known for his nearly two decades behind the mike of a quirky, entertaining show that became a staple for hundreds of thousands of CBC Radio listeners every Saturday morning. Basic Black was an hour and a half of radio like no other, featuring at its core a weekly parade of Ripley's Believe It Or Not eccentrics who were off the charts of the straight and narrow, and willing to be interviewed. If there was a woman who knitted sweaters for penguins, and there was, Basic Black would find her and put her on the air. "You know, I would have thought the average penguin doesn't really need a pullover, does it?" deadpanned Mr. Black, gently launching another memorable interview. While some of his guests might have been on the wacko side of the human spectrum, Mr. Black never ridiculed or looked down on them. He made them feel comfortable, drawing out their strange tales as if they were chatting over a pint or a cup of tea.

The show also had regular guests, including tabloid sensationalist Harold Fiske, George St. John Quimby, delivering a weekly roundup of unusual stories from around the world in a plummy BBC accent, scams historian Andreas Schroeder and Marg Meikle, who regaled Mr. Black with in-depth reports on oddball events such as the Belt Sander Drag Races in Point Roberts, Wash.

No segment was more beloved than the Humline. In the days before Google and Shazam made such sleuthing superfluous, Toronto musician Danny Marks, Shelagh Rogers, then of CBC's Arts Tonight, and Mr. Black, with his encyclopedic knowledge of little-known tunes, would put their collective musical memories together to identify and then perform obscure songs from barely remembered, minute snatches sung by listeners over the show's answering machine. During its long run, the Humline claimed to have solved more than 1,500 musical mysteries.

There were goofy songs, often by the Arrogant Worms, and Mr. Black's own droll monologues. It was all great fun. With his characteristic boyish giggle and frisky on-air presence, Mr. Black seemed to be having a ball, too. Listeners loved the show. Letters and e-mails poured in to such an extent that Mr. Black and his partner Lynne Raymond put the best of them into a book. When he invited listeners to send in single socks missing their mates with hopes of finding a match, so many came through the mail that a furniture upholsterer was able to fashion them into a complete couch. Basic Black ran from 1983 to 2002, when Mr. Black decided it was time to go, lest the show became stale.

"He didn't want to be the kind of guy who phoned it in, who got to the point of: 'I don't care how big this turnip was …'" producer Chris Straw said.

Arthur Raymond Black was born Aug. 30, 1943, in Toronto. His namesake father, Arthur, was one of four brothers who ran a stockyard during Toronto's heyday as a sprawling livestock market. A year after his father died in 1960, Mr. Black moved to the rural community of Fergus, where relatives abounded, to finish high school. An impish irreverence was evident, even then. Assignments were sometimes handed in with caricatures of the teacher in the margins. Once, Mr. Black had to be paged at the local pool hall to come back and finish an exam. His restlessness continued after high school. After leaving his journalism studies at the Ryerson Institute of Technology (now Ryerson University), where he walked out of a second-year exam on "layout and typography" in favour of a nearby pool hall, he spent the next four years roaming Europe. In Madrid, he earned his first money from writing by freelancing for an English-language tourist guide. "I got two cents a word, so I used a lot of adjectives," Mr. Black recalled.

Returning to Canada, he went through a raft of jobs, the worst on a publication called Progressive plastics before landing at CBC Toronto in 1972. He was hired to do livestock reports on Radio Noon, then hosted by Alan Maitland. But a chance meeting in 1974 with broadcaster Margie Taylor, who had just started at CBC's new station in Thunder Bay, Ont., opened him up to the idea of going north. "He hated Toronto," said Ms. Taylor. "I said: 'Why don't you check out Thunder Bay?'" Several months later, Mr. Black arrived there and was taken on at the local CBC station, CBQ.

The gritty Lake Superior port was pivotal to Mr. Black's career. He stayed for most of 11 years, honing his on-air chops as host of the station's own Radio Noon. It was there that Basic Black began, after the CBC's bizarre idea of having Mr. Black host a national poetry show from Thunder Bay died at the pilot stage. He sold them on something different.

"How about we interview ordinary people with extraordinary stories?" Mr. Black suggested, stressing there would be no agendas, politics or celebrities. The show moved to Toronto in 1985, but Mr. Black never lost touch with Thunder Bay, retaining a fondness for its saunas and historic Finnish restaurant, the Hoito. Basic Black's last show was broadcast on June 29, 2002, from the city's Community Auditorium, before a cheering crowd.

Mr. Black's writing career also took off in Thunder Bay. In addition to frequent radio commentaries, he wrote humorous pieces for the weekly Lakehead Living, eventually syndicating his columns to community newspapers across Canada. He was still writing them four decades later, guided by what he called his Buy Me a Beer technique – the need to be entertaining enough so the guy beside him in the bar will buy the next round.

And, when a new hire at CBQ disparaged his cherished wicker chair, Mr. Black, twice married and divorced, met his life partner. "He laughed," Lynne Raymond said. "He didn't want someone to lie to him." The two were together for the next 41 years.

Mr. Black's post-CBC life was hardly idle. He stayed in the public eye through his ongoing columns, a steady stream of speaking engagements and more books. He also had time to fully embrace life on bucolic Salt Spring Island. Moving there in 1995 was the best thing he had ever done, Mr. Black said. "We won the lottery of life. … For the first time, I was in a place that did not worship progress."

He drove for Meals on Wheels, volunteered his time and raised funds for Island causes, did a bi-weekly report called Planet Salt Spring for CBC Radio's Victoria affiliate and surprised all who knew him by developing a penchant for carving walking sticks.

When the future of the island was being decided last fall, with a referendum on whether Salt Spring should incorporate as a municipality, Mr. Black threw himself into the campaign on behalf of the status quo. In a widely circulated video he proclaimed: "We've got something special here. Don't try to change Salt Spring. Let Salt Spring try to change you." The status quo ultimately prevailed.

Writer Jacqueline Park turned a footnote into a bestseller
February 28, 2018 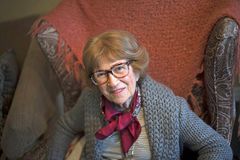 William Whitehead, 86, was a great CBC documentary writer who lived a life of devotion
February 23, 2018 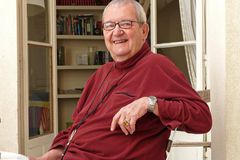 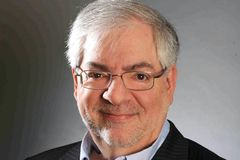