A man shows the camera crew around a village in northern Iraq. The village is deserted, every building empty. Not bombed or flattened to the ground, but just eerily empty.

Then the man presents a video of Islamic State fighters, showing them joshing about Yazidi women. What one man says is translated as, "Do you want a slave, a sex slave? Yeah, ha ha ha." Another says, "The price depends. Does she have blue eyes? I'll swap a Glock for her." The man who has been guiding the camera crew around the village looks at the video and points at the guy who joked about the Glock. He says "One of our Yazidi girls was held by this guy. This bastard. She's back home now."

He explains that the village is empty because Islamic State fighters simply killed the men and took the women and children. That was more important than capturing the territory and destroying the structures.

The man is Khalil al-Dakhi, a former lawyer from northern Iraq who now operates an underground railroad to rescue Yazidi women and children from the clutches of the Islamic State. "Even though it's dangerous, we're going to keep going," al-Dakhi says.

He is at the centre of Frontline: Escaping ISIS (PBS, 10 p.m. Tuesday) and it's a horrifying, riveting, gripping news documentary. Its particular focus is the circumstances of Yazidi women and children, members of a religious minority who have been targeted by the Islamic State (referred to as "ISIS" throughout) for particularly brutal treatment. There are many petrifying first-hand accounts of women who escaped the Islamic State.

We are no longer just bewildered by the IS. We are in a numbed state of trepidation. We turn away from the most horrific videos of beheadings and other barbaric practices. Our understanding and forbearance are beggared by it. It is the beast we are reluctant to confront; our tolerance is strained and perhaps unglued by it.

What we see and hear in this program is at times unbearable.

We learn that al-Dakhi and a small group of Yazidi men now spend their entire time attempting to rescue women and children. Some captured women use cellphones they hide from the captors. We hear their calls to al-Dakhi's group, the chilling, desperate cries for help. As al-Dakhi explains, at this point, his name and number are known to some IS men who call and attempt to sell the women to him. We hear their calls too. The arrogant bark of, "The money must come tomorrow!" He says money is never paid.

The Yazidi people, long persecuted by other religions and sects in the region, are particularly despised by the IS. They are seen as seen as heretics and the caliphate must be cleansed of their presence to assure the purity of the state. What this means in practice is that men are killed and the women are prized as sex slaves.

A mother, aged 21 with two infant children, tells of what she witnessed while being held. Nine-year-old girls being raped. A woman, Nadia, says, "They raped me through the night and into the morning. Then a driver took me and delivered me to a group of 12 men. All 12 of them, they did everything to me again." The woman, clearly physically and mentally fragile, kneads her hands and shakes recounting her story. She also says, "Two of my friends killed themselves. The fighters said they would feed their bodies to the dogs."

The Frontline program takes a diversion, dealing for a time with the young men and women who have flocked to IS from other countries. "Attracted by a life of Islamic purity," the voiceover says. But what we see in glimpses from footage is young men giggling as they survey messages on their cellphones. Watching, we have to wonder what their actions have to do with any religious experiences; these are young thugs bent on murder and rape. There are pedophiles among them, taking advantage of the opportunity to rape nine-year-old girls.

The program ends with al-Dakhi organizing a successful mass escape. Dozens of people, elderly men and women and several young women have made the trek out of the Islamic State territory.

It's a moment of relief in a brutal hour of reportage. There is no mention of what has been reported, that Yazidi women are stigmatized and sometimes shunned because they were raped. We see only the relief of family and relatives.

One supposes we are meant to share the relief that sometimes the brutality can be escaped. We do, intuitively. Yet we also need to look at this hour of reporting as a narrative of unspeakable depravity in the name of religion. Our senses are battered but never near as battered as the women captured, sold, enslaved and raped. 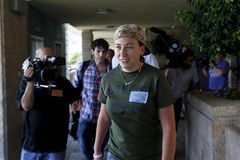 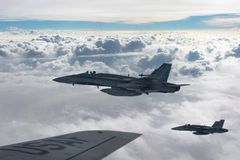