Family members battling each other to win $1-million (U.S.) in the Philippines on a show called Blood vs. Water.

Strangers in a house under 24/7 live TV coverage battling each other to win money and notoriety. The final three contestants include people who have been heard making racist and homophobic rants and joking about enjoying child pornography.

A bunch of lame entertainers competing in a cheesy version of old-fashioned vaudeville entertainment, hoping to win $1-million and star in a Las Vegas show.

That's the list of TV's big items tonight. And whatever you're having yourself, which is probably none of the above if your indignant e-mails about your TV tastes are to be believed.

The 27th edition of Survivor (CBS, Global, 8 p.m.) gets under way. It's called Survivor: Blood vs. Water because it features returning players from previous editions going up against, or competing in partnership with, their loved ones. The finale of the 16th edition of Big Brother (CBS, Global, 9:30 p.m.) airs tonight too and, yes, those people who made the show notorious this past summer for the spewing of racist rage and vile obscenities are still there, among the contestants aiming to win it all.

Oh yes, the finale of America's Got Talent (NBC, CITY-TV, 9 p.m.) is also on tonight. Singers, a magician, an opera trio and a mime performer are there, all seeking the money prize and a big break in Vegas, of all places.

It's been 13 years since Survivor debuted on CBS and changed network TV forever.

A premise borrowed from Sweden (a show called Expedition Robinson) and Britain (the BBC show Castaway 2000), it took a particularly strong hold in the United States and Canada.

The core concept is rooted in a basic conflict – between the raw self of personality and the inhibiting confines of civilized Western society. Placing people on a remote island posits a tension between the possibility of the beast-like personality emerging and the more remote possibility that a civilized person's inhibitions will remain intact.

As we all know by now, it's the beast that emerges and wins. That's why people have kept watching through 27 editions of the series.

The same tension is the foundation of Big Brother – put a bunch of people in a confined space, under constant scrutiny, and see what happens – a peaceful community or the animal urges of some people to abandon order?

Now, you can say that America's Got Talent isn't in the same category. You can say that a talent show does not coarsen the culture in the way that Survivor and Big Brother do.

Well, maybe you're wrong. Here's the thing – there are no nice reality shows. They are all about competing, scheming, ego and avarice.

I put it to you that, as one crude reality series starts anew and two others end successful seasons, it's not that these series have coarsened anyone or any society.

They simply reflect our innate interest in coarseness itself and, by proxy, satisfy our elemental urge to be uncouth and utterly uncultivated.

And it's not that the U.S. has any monopoly on the celebration of base appetites. There have been Canadian versions of Big Brother and multiple other reality shows. Right now, the most-watched show in this country is The Amazing Race: Canada. Don't tell me you're all watching it for the scenery. You're watching it for the glorification of strife and antagonism that it is.

Sure, the nice competitors on Amazing Race: Canada do not eat rats and beetle larvae as those in the first Survivor did, but they're all participating in what is a niced-up version of a rat race.

Why so cynical, you ask? Look, this week is the fifth anniversary of the collapse of Wall Street giant Lehman Brothers, which begat the worst financial crisis in decades. And that collapse was begat by a no-rules, ignore-the-regulations culture of ego, avarice and greed. A culture celebrated almost nightly by TV series anchored in low-down and dirty-tricks competition.

We enjoy them all and learn nothing from them. We con ourselves into believing there are "nice" reality shows and coarse ones. Just as we conned ourselves into thinking the greed of financial institutions was just fine. 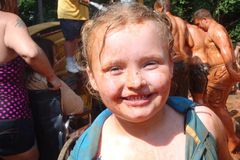 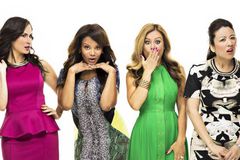 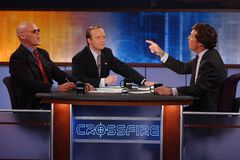