This should concern those persons expecting Robert Mueller's investigation will make major, damaging assertions about the Trump campaign. You see, possibly there is no firm proof of collusion. Instead there might be evidence that the post-bankruptcy business career and a portion of the Trump presidential campaign were fuelled by Russian money of dubious cleanliness.

Dirty Money (streaming on Netflix starting Friday) isn't only about the laundering of money, but it does go there. It's a new and alarming documentary series produced by Alex Gibney, whose résumé of provocative docs includes Going Clear: Scientology and the Prison of Belief from 2015.

In each of the series of six, the focus is the same: financial corruption. Gibney himself covers the Volkswagen emissions scandal (called Hard NOx), and the others include the payday-loan industry (Payday), pharmaceutical-industry greed (Drug Short), banks funding terrorism (Cartel Bank), and yes, there's a knockout Canadian story, The Maple Syrup Heist. Of course, there's a Trump episode too, called, The Confidence Man.

The series, of which I've seen three episodes, is at times nauseating. There's a theme – captains of industry, lauded in their field and praised by the business press, turn out to be lying, boasting, self-absorbed egotists who will bend any law or regulation to sell something and increase profit. Always, there are victims and the victims are not always gullible. They've simply been shafted.

Hard NOx is made by Gibney. He and his wife owned VW cars, believing the sales pitch about low-emission diesel technology. It was all a cunning ruse.

In 2014, the Environmental Protection Agency in the United States found that many VW cars sold in North America had a "defeat device", a piece of software in diesel engines that would alter the performance of the car when it was being tested. Soon, the German car giant stepped up to admit cheating emissions tests.

The doc offers a useful history of Volkswagen, going back to the Nazi period, and deftly brings the company's history up to date. At one point, it was doing very badly in the U.S. market. A new guy at the top claimed to have solved problems and then unleashed the cheating car on the market. Applause, applause. Looked at now, the story is about greed and ego and complete obliviousness to any ethical standard. Essential viewing for anyone who has owned a VW.

The Confidence Man, about Donald Trump, is made by Fisher Stevens and it's more a reminder than it is a new revealing scoop. But it is formidably incriminating. Watching it, you don't know whether to laugh or cry.

The program travels from Trump's early days as a New York developer to the presidency. "Historically, he's bad at judging risk and reward," says Barbara Res, who was a vice-president in charge of construction at the Trump Organization and says it was her, not him, who led the building of Trump Towers. In a tweet during the campaign, after she had been interviewed by a newspaper, Trump said, "I gave a woman named Barbara Res a top N.Y. construction job, when that was unheard of, and now she is nasty. So much for a nice thank you!"

There's a rare interview with two producers who worked on The Apprentice, Jonathan Braun and Bill Pruitt. They point out that the show constructed an elaborate set to make Trump's office and life look super-sophisticated. They say they put a high-sheen gloss on everything, in the spirit of pastiche, but the public bought it as reality.

About 45 minutes into it comes a series of damning revelations about Trump's direct connection to dubious characters from the former Soviet Union. The Trump Soho building was actually funded by Russian money, it is claimed. Adam Davidson of The New Yorker says, "He started doing deals with some of the sketchiest people in the some of sketchiest countries. He was involved with buildings that make no sense, financially. It's a red flag." He means a red flag for money laundering.

The victims of Trump University and others left broke by Trump's antics are interviewed. So many victims, in fact, that you finally see the real point – the program gives a very human face to the countless accusations that Trump scams others in everything he does. There is no possible political partisanship when you meet the actual victims. It's a devastating story and it might be that explaining alleged "money-laundering" is the least of what is coming. 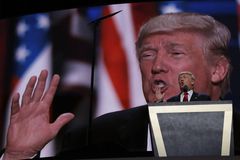 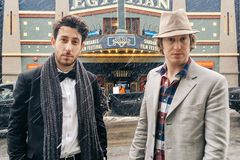 The Open House: A singular entry in the creepy-house genre
January 21, 2018 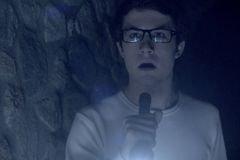