Matthew Weiner didn't need to show us a young Don Draper watching his pseudo-mom having sex through a peephole to prove that his leading man is the ultimate Freudian character – but he did. From the start, watching Mad Men has been a master class in psychoanalysis, with Don unable to escape the perpetually oozing wounds of childhood.

Just in time for tomorrow's finale, Dr. Stephanie Newman, author of Mad Men on the Couch, explains the most misunderstood man on Madison Avenue: why Ted is his Oedipal sibling; how he uses sex as a weapon; and what it would take to get Don out of the fetal position for good.

The case history: Obviously, the thing that's huge with Don Draper is maternal loss. His mother died in childbirth, and he was raised by a cruel stepmother and a father who drank too much. One of the jobs a mother or caregiver does is to teach a baby to soothe itself. You're not born knowing how to do that and in Don's case no one ever taught him, which is why he so often feels desperate and is unable to control his feelings. In terms of women, we see him unwittingly playing out that initial loss in a serial fashion, provoking women to leave him. Most recently we saw this with Sylvia, but it has happened several times before – with Betty, with Faye, and with Rachel, the department-store heiress. Psychoanalysts really focus on the very early years, but it is certainly significant that, after losing his mother, Don spent part of his childhood living in a house of ill repute. The one woman who was somewhat maternal to him ended up being a young prostitute whom he had sex with, so it makes sense that there is a lot of confusion between sex and love. Of course, he doesn't realize any of this. Someone like Don doesn't wake up in the morning and say: "Yay, I want to feel badly, so I'm going to do everything I can to make the people I love leave me." I'm not crazy about labels, but if I had to use a term, I would say that Don suffers from a fairly extreme personality disorder, possibly narcissistic personality disorder. He is incredibly fragile, but he also has an intense survival instinct, which we saw with his willingness to skirt the law and ethics by stealing another man's identity during the war.

The conduct: Someone like Don will spend his entire day just trying to keep himself together. He is constantly feeling as if he is being mistreated – this person is a jerk, this person is being unfair, this person is out to get me. He suffers from extreme inferiority, but rather than acknowledge that, he is always looking to the outside to assign blame. We see this play out in a lot of his work relationships. His rivalry with Ted is somewhat Oedipal – Ted is basically his work sibling and Don is completely intent on destroying him. He is competitive because he wants to win over mommy so that she can take care of him.

Whether it's at work or in his personal life, Don is likely not capable of having a mutual, stable relationship of good quality. Learning to experience other people is a psychological development; it's a type of maturity that comes with good parenting. He doesn't have the ability to view other people as separate beings. Instead, he just wants to dominate and control them. We see Don and Megan growing apart this year because he hasn't been able to control her any more. When Don and Betty slept together at Bobby's camp that was likely also about control. Now that Betty is unavailable she has some allure. For all of those years when she was available and wanted to be close, he wasn't able to be there. Even with Sally – he really did want to be a better father to her than his own father, but he is destined to repeat those traumatic patterns.

The cure: The first step would be just getting Don to acknowledge that he is suffering deeply. Getting him to the place where he was willing to seek treatment would be huge. Often times people see a therapist because it is court mandated or because their spouse is going to leave them, but until they can acknowledge what is going on, making progress is difficult. The next step would be working so that we are both seeing the world in the same way. I mentioned that Don is constantly feeling mistreated, so it would be about establishing trust and then getting him to recognize his own patterns of behaviour. This happens a lot with patients. I will have to say to someone, "Did you notice that your last four relationships have been with someone who mistreated you?" It would also be important to point out and label feelings, which Don might not even be aware of, especially with all of the drinking.

The hope is a good relationship with a partner and with his children would be the outcome of addressing what's going on inside. If you understand your feelings, you are able to make choices – I don't have to sleep with this woman; I don't need to drink a bottle of booze because my daughter is mad at me – I could just go talk to my daughter. The connection between self-understanding and action is huge. A lot of people don't like Don, but I don't think these are choices he is making. I feel for him – this is a person in a huge amount of pain. 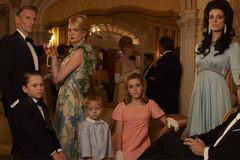 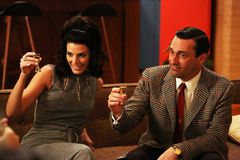 From Mad Men fan to standout writer: How this Canadian got to work on the sexy show
April 8, 2013 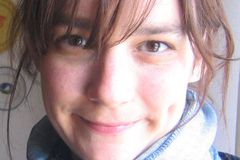 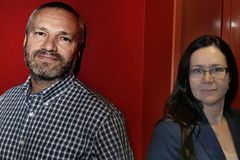