In the beginning, there was Valour Road, Jacques Plante and the Underground Railroad. Then Nellie McClung, Superman and the Halifax Explosion. Soon, dozens more. By 1995, four years after their launch, Heritage Minutes were a Canadian institution: 60-second snapshots of cultural history thrust into TV screens from coast to coast to coast, injecting education into entertainment.

But then they fizzled, trickling out in fewer numbers. For a long time, there were no new vignettes at all. Then, in 2012, the staff at Historica Canada, the Minutes' chief steward, had an idea as simple as cutting a hole in basketball's first baskets – their bite-size history lessons were a perfect fit for the high-speed, high-nostalgia digital age.

So Historica made the first new pair in seven years. Then another pair. And another. They launched them in public, to more and more people each time – at an art deco theatre, the Hockey Hall of Fame, a Winnipeg Jets game. Then, in March, they dropped a mashup of 53 Heritage Minutes to recreate Drake's Started from the Bottom. It got more than 100,000 YouTube views in 48 hours.

Nearly 25 years since they were first broadcast across Canada, Heritage Minutes have got their swagger back. Their original target audience – young, impressionable Canadians – is now a huge, digitally savvy slice of the country's makeup, and there's little they crave more than nostalgia and parody. As Historica launches its 80th Heritage Minute on Wednesday, it's proving that the Minutes can be both those things.

"We get that there's a lot of nostalgia there," says Davida Aronovitch, who oversees the Minutes program at Historica. "While we take the Minutes very seriously, we don't take ourselves too seriously. We can be in on that joke."

Responsibility for Heritage Minutes has changed hands a few times over the decades, so their origin story is a bit murky. But at Historica's current headquarters, the lore goes that they were first conceived in the late 1980s during a conversation between liquor magnate-turned-philanthropist Charles Bronfman and broadcaster Patrick Watson.

Mr. Bronfman was concerned that young Canadians didn't care enough about history, and, after seeing a particularly convincing commercial, he realized that he could use TV to sell Canadian enthusiasm. They tapped a crew of prominent executives to raise money to form an organization focused on Canadian history and citizenship.

"This was a decade after the first referendum in Quebec," says Anthony Wilson-Smith, Historica's president and a former Maclean's editor. On top of worries that Canadians "didn't have significant appreciation" for their heritage, he says, it aligned with Mr. Bronfman's contemporary concerns: He was worried for Quebec's future in Canada.

Mr. Watson became the creative director and principal writer, and work began on the initial three: Montreal Canadien Jacques Plante's goalie mask, Canada's role in the Underground Railroad and the story of three boys who grew up on the same street in Winnipeg, each earning the Victoria Cross in the First World War. They launched in 1991 alongside 10 others. Dozens followed.

The output of Heritage Minutes slowed down in 1995 and, within a decade, they were a thing of the past. Mr. Bronfman's organization shifted programming priorities, eventually becoming the Historica Foundation of Canada. In 2009, it merged with the Dominion Institute, becoming the organization that today runs programs such as the Encounters with Canada youth forum and The Canadian Encyclopedia.

In 2012, Historica's staff began to realize the digital potential of their Heritage Minutes portfolio. The organization commissioned another two both online and on TV, telling the 1812-era stories of Queenston Heights and Black Loyalist Richard Pierpoint, and launched them at Toronto's Royal Theatre. They were hits. Counting out the captains of industry he had invited, the audience skewed young, from about 25 to 40 – the generation that grew up watching the Minutes. As Historica released more of them, the people in the audience started telling their friends.

The launches got bigger and more extravagant. Last year, when Historica released a Minute about the Winnipeg team that won the first-ever Olympic hockey gold medal, they held a multipronged launch: coveted events at the MTS Centre in Winnipeg and the Hockey Hall of Fame, and a broadcast between periods of a Jets-Penguins game.

The generation that grew up watching Heritage Minutes, Mr. Wilson-Smith says, has a far greater national confidence than his did, free from the fears that once haunted Mr. Bronfman. "There's no more of this running around saying, 'Well, we're not British, we're not American, we're not French,' " he says. "I think this generation is much more vocal in their enthusiasm and their passion for Canada."

He cites tongue-in-cheek nationalistic campaigns such as Molson's 2000 "Joe Canadian" ad for bringing about this confidence shift. But maybe Heritage Minutes have something to do with it. Or maybe it was Drake's rise in the hip-hop world. Maybe it was both.

That would certainly explain the 155,000 people who've flocked to the Drake mashup video, which Ms. Aronovitch's team conceived late last year when coming up with marketing plans for its newest Minutes. The organization is open to parody, Ms. Aronovitch says – "It comes from a good place." – and even has a hub for parody videos on its website. (CBC's Rick Mercer, who has lovingly lampooned the Minutes, is a Historica board member.)

After their partner animation studio Thought Café proposed to do a mashup, the quintessential Toronto rapper seemed like a fine muse. It took four weeks of effort – isolating lyrics within the scripts, making the 130 edits – before the video launched.

"It's a history lesson meets hip hop," Ms. Aronovitch says. "The idea is that we're trying to make history accessible, and to meet people where they're at."

A new Heritage Minute, commemorating Canadian nurses on the First World War's front lines, launches Wednesday, premiering in theatres in Toronto, Ottawa, Calgary and Halifax. Historica is already looking well beyond the latest edition, scheming up Minutes to celebrate its 25th anniversary next year and Canada's 150th the next. There's a team of three people all dedicated to the Minutes, most of whom grew up watching them, and they're taking ideas from the public on where to explore next.

But they won't be changing the structure of the Minutes.

"We were blessed to have this format," Mr. Wilson-Smith says. "A minute, this bite-size thing – it couldn't be more web-era-friendly than this."

Heritage Minute is back with a new dose of Canadiana
November 7, 2014
Theatre Review
Witty play Trudeau and Lévesque is not your Heritage Minutes history
May 5, 2015 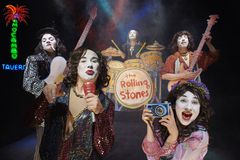 Rob Cohen on Being Canadian, as only Canadians can be
April 24, 2015 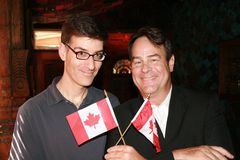