As this column's vast readership is aware, here in the TV Cranny we are keen on comedy.

Can't beat a laugh, we say. And when we say "we," we actually mean yours truly, the sole proprietor. Rumours of the imminent appearance of an assistant or sidekick proved to be as illusionary as the suggestion that this column has a "vast readership." But I digress.

Anyway. Yes, keen on comedy hereabouts. You have to laugh. Look around the world and you'd go stone mad if you were to dwell on events. There are things going on that should not be going on, is all I'm saying. Criminals and anarchists roam the streets, our great government tells us. And possibly rule the airwaves of radio and TV, I'd say. And yesterday, there was slap-your-head news. As this newspaper reported, the readers of Men's Health decided that Jennifer Aniston is, wait for it, the "hottest woman of all time." Jennifer Aniston, no less. Is that barking mad or a joke or what?

Such is the dire state of things as 2011 ends that, if it weren't for having the return of Republic of Doyle and the Euro 2012 tournament to look forward to, a person would give up. Indeed, such is the mood that I really should start reading this Men's Health magazine. It's aimed at the cantankerous and keen-on-dark-comedy jokers, it seems.

With so much strangeness unfolding you would think it was a time ripe for glorious comedy. So it is with some puzzlement that I contemplate This Hour Has 22 Minutes (CBC, 8 p.m.), which is a one-hour "holiday special" Tuesday night. I was sent some choice bits and all I can say is that what I've seen is funny peculiar, not priceless, rollicking, side-splitting funny.

There's a bit with Kevin O'Leary talking to Scrooge. Kevin O'Leary is not funny in any circumstance imaginable to a sentient human being. There's a bit where Jim Cuddy of Blue Rodeo explains that, as a wee lad, he wrote to Santa asking to become a handsome rock star when he grew up. Ha bloody ha. There is a lengthy bit wherein the 22 Minutes crew re-enact the 1985 Tears Are Not Enough charity song recorded by Canadian music stars. Exactly why this unfolds and is given the attempted comedy treatment, is a mystery.

And then Bob Rae turns up to play the piano and sing about politics and stuff, to the tune of Christmas songs. In the community of parliamentarians, Bob Rae may well be regarded as a decent fella and a fine waggish gent. Here, he reminded me of the man who gets an electric piano for Christmas and then turns up at the New Year's Eve party to play Yellow Submarine, a tune on an instrument which he hasn't yet mastered. I encountered this situation once and have no wish to revisit it.

The best bit from what I've seen is Mark Critch doing Rex Murphy. Much mischief is made with the phrase "Jesus, Mary and Joseph." I will be going around saying "Jesus, Mary and Joseph" for days. It's hilarious. Bits I haven't seen involve Gordon Pinsent, letters to Santa from Peter Mansbridge, George Stroumboulopoulos and Survivorman's Les Stroud. And Jim Flaherty lighting Christmas lights on Parliament Hill.

It has come to this – Jim Flaherty! I can't imagine the hilarity. Mind you, maybe Jim Flaherty is a Men's Health reader. He has the look of one, in any case. Fun to be had, maybe, but it's a long shot.

Given the year we have had, one supposes that milking events for side-splitting comedy is a strain. Things weren't that funny, only funny peculiar. That must be it.

Flashpoint (CTV, 8 p.m.) wraps up its fourth season with the team – the elite SRU (Strategic Response Unit) – dealing with the attempted murder of a firefighter following a horrible fire in downtown Toronto. Are they dealing with an arsonist who gets his kicks from watching the fires he sets? Certainly, with all the gunplay involved, they are dealing with an ultradangerous guy. Meanwhile, the entire team wrestles with the future, a future that might not include head negotiator Sergeant Gregory Parker (Enrico Colantoni). It's a superbly made, very fast-paced episode, all jittery action and high-strung emotion. Devotees, and there are many, will adore it. 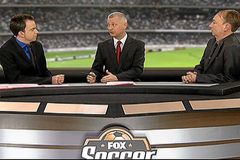 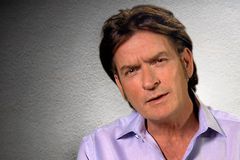 Weekend TV: Literary royalty, and the regal Mirren as Elizabeth I 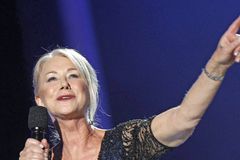