Even since Hurricane Harvey slammed into Texas and flooded Houston, all-news TV has been offering non-stop natural-disaster coverage. It's seductive, for both the viewer and the channels. On CNN and other outlets, we saw reporters and camera crews floating around on boats to individually rescue the elderly, the sick and the simply stranded.

It can be mesmerizing to watch – all that massive destruction, the frightened people and the heroism of the few. For all the havoc, an uplifting story emerges. Human nature, especially the impulse to care and protect, triumphs over the irrational wrecking impulse of nature itself.

But when language is beggared by the images, television news fails.

There is a failure to get past the images and report on why cities and states in the U.S. seem unprepared. There is reluctance to discuss why cities seem anchored around highways and freeways that will inevitably flood. There is no inclination to talk about why so many citizens rely on cars, which cannot function in flood conditions. The causes of flooding are irrelevant when there is gripping footage of the elderly, waist-high in water, hoping desperately for rescue. Climate change might get mentioned but only briefly because "hey, we've got a story about a nice guy who hauled his boat out and pulled some people and pets out of danger."

As I'm writing this, Hurricane Irma churns with stunning force toward Florida, and Hurricane Jose is gaining strength in the Atlantic while Katia is bearing down on Mexico, which has just suffered a massive earthquake. The coverage is surreal.

On CNN, a reporter in south Florida is, essentially, extolling the virtue of "fierce individualism" in locals who simply defy orders to evacuate. In glowing terms, he's talking about people determined to "ride this out." They have, he says, "studied the sea and the sky all their lives," so you can perhaps understand why they're staying put.

It's all very interesting in an eye-opening way – a reminder that the first impulse in the American culture is to praise and romanticize rugged individualism, no matter how foolish the individualism might be. You know, police and other local authorities are insisting that people evacuate, but you gotta respect the stubborn.

It's also true that the natural-disaster coverage only underlines the self-containment and solipsism of the U.S. media. Hurricane Irma has caused horrific damage across the Caribbean, but that news story amounts to footage of destruction from a distance, not attention to people or communities because, well, those people and communities aren't as authentic or interesting as the alleged eccentrics of South Florida.

In fact, watch all-news coverage of the natural disasters being unleashed right now and there is a vast amount of meaning to be extrapolated. It is one of those occasions when the dynamic of watching TV is almost immersive. Viewers are made to be in awe of nature, a reaction that is as old as the idea of romanticism, itself a reaction against intellectuality and rationality. Climate change, what climate change? Nature is just awe-inspiring in its fury and power. It's only a half-step from that position to the post-truth, anti-truth era we all live in today. TV coverage cannot be expected to delve into all the issues raised by multiple natural disasters. Anderson Cooper is not going to step up and talk about how obsessive coverage of nature's fury leads directly to people believing that knowledge is gained through intuition rather than deduction. Anderson Cooper is going to try to save some kid or elderly person from flooding, with the camera rolling. 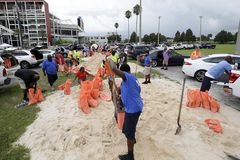 Officials warn time is running out to evacuate as Hurricane Irma sets sights on Florida
September 8, 2017 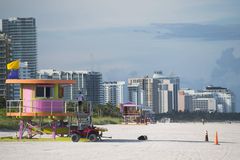