Dear heavens, people write a lot about their moms and motherhood. Poets in particular are notorious for writing in praise of their moms. Women poets, on the other hand, have been known to write viciously about their mothers.

There is, one supposes, a lot to be said. But to be on the safe side here, I'm leaving my mother out of this. The topic is working mothers, a matter that galvanizes.

The Motherload (CBC, 9 p.m. on Doc Zone) is an excellent summary and survey of the current situation in Canada and the United States. Essentially, it says women can't have it all – motherhood and a career – and remain sane, healthy people. It then asks why this situation has come about. And it asks whether it is women's expectations or the social system that makes it so difficult for working mothers.

It begins with an ominous tone and goes on to examine the profound stresses on working mothers today. A good deal of weight is placed on the circumstance and thoughts of Anne-Marie Slaughter, a woman who was an adviser to Hillary Clinton when Clinton was secretary of state. A high-achiever and hard worker, Slaughter stunned a lot of people when she walked away from the powerful position. She decided she simply couldn't balance motherhood and her job, and do everything with the amount of care that would satisfy her.

Slaughter's ensuing article in The Atlantic, called "Why women still can't have it all," caused an enormous fuss. Some praised her for asserting the truth. Others attacked her for undermining women who both work and raise children. Here, in the documentary (by Cornelia Principe and produced by Bob Culbert) Slaughter argues that, sometimes, a woman's shoulders aren't strong enough to carry the load.

As one academic in the program puts it, "Motherhood is the unfinished business of feminism." The documentary winds its way through the implications of this assertion. There are those who say it's a human's rights issue and governments simply don't provide enough support for working women. There are those who say it is up to women to change the corporate environment from inside. And there are working mothers who are interviewed and say that they've just had enough.

While a good deal of attention is paid to Slaughter and her inflammatory article, a lot of time is given to Sheryl Sandberg, chief operating officer of Facebook Inc., who is also a mom, and the claims she makes in her best-selling book Lean In. The book is summarized as "a call to arms for women to not give up on their ambition." And Sandberg herself says, "The revolution has stalled. It's important we acknowledge this stagnation for women."

At this point the doc takes a trip back in time. We see footage from the 1970s that looks awfully familiar – women going to work, happy to be working and expecting that things will get better and better. There will no barriers to their careers and motherhood while working will be a breeze. A number of academic and journalists then offer a reality check: Nothing arrived in women's lives to actually make life easier for the ordinary working mother. Affordable child care is still a dream. The attitudes of many men may have shifted but others still resent women being both employed and raising kids.

If there's a core message in The Motherload, it's really a challenge that is put to viewers – Slaughter says the system should change, and Sandberg says women need to change. Who is right?

The documentary and the challenge it presents comes at an interesting time. It comes while Camille Paglia is asserting that feminism has achieved it basic goals and that the women's movement needs to change utterly and include stay-at-home moms. At the same time she claims that the U.S. is a "civilization committing suicide" because traditional male values have been undermined. Indeed. Many working moms would laugh, if they had the energy, as The Motherload shows us.

The Spoils of Babylon (TMN/Movie Central, 9 p.m.) is a bizarre, sprawling spoof. Made for the IFC channel, it's an elaborate send-up of 1980s-style TV mini-series. There's an army of big names involved in what is really a strung-out joke. Will Ferrell plays the author and director of an allegedly lost mini-series called Spoils of Babylon. And in it we find the story of Devon (Tobey Maguire) who is adopted by a farmer (Tim Robbins) and raised with a sister (Kristen Wiig), and goes through terrible times until he amasses a vast fortune. Funny at times, it's really aimed at those who savour mocking the platitudes and clichés of old-fashioned TV drama. 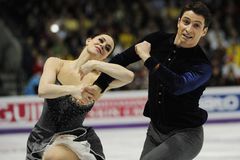 The year ahead: 10 things we're very excited about in 2014 entertainment
December 30, 2013
Thanks for the feedback, the compliments, reactions and arguments
December 24, 2013 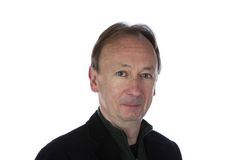 She isn't known for her voice, but with Britney, it’s all about the spectacle
December 21, 2013 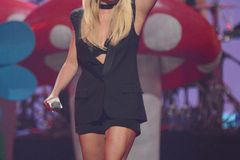