My goodness but Krista Erickson of Sun News has a lot of middle-aged male apostles.

By "a lot" I actually mean a handful, but they are noisy media types – pundits who are online and barking, sniping at her detractors and rising to her defence with alacrity. Justin Bieber could only dream of such ardent Internet warriors launching scathing attacks on persons unmoved by his alleged charisma.

At issue is the decision, released on Monday, by the Canadian Broadcast Standards Council in relation to complaints that Erickson mistreated Canadian dancer Margie Gillis during a now-notorious interview broadcast on Sun News Network last year. Erickson hectored Gillis about public funding for the arts.

The CBSC received 6,676 complaints about the interview from people who took the view that Gillis had been treated most unfairly. The council usually gets about 2,000 complaints in an entire year. It concluded that, in the interview, there was no violation of the agreed standards of ethics. Erickson was aggressive but had licence to act in this manner and Gillis had the opportunity to articulate her views.

I am exhorted by Krista Erickson's apostles to report that she has been "cleared" by the CBSC.

Right on. Nobody should be surprised that the CBSC failed to find fault in Erickson's approach. She was obnoxious. There is no regulatory mechanism for the censure of obnoxious behaviour on TV.

Those who felt they could gain justice for Margie Gillis were naive. The obnoxious have triumphed on TV here. If being obnoxious was a disqualification, then Don Cherry and Kevin O'Leary would have disappeared from the airwaves many years ago. They didn't. They prevailed.

Insult comedy, a genre so elastic that it includes the livid hatred of Andrew Dice Clay's act and the much more benign slap-downs of Bernie Mac, gave way to insult coverage of politics on TV and any issue considered vaguely political. In the United States, the style of Fox News is rooted entirely in the tactic of insulting those who disagree with the views of its right-wing pundits, reporters and anchors.

The tactic, copied with gusto on Sun News, is an insult to the intelligence, but it gets attention. The fact that it insults our intelligence makes it laughable, but does not diminish its popularity among those whose oxygen is resentment. That is, resentment of the poor, the unionized, the altruistic, the charitable and, in the case of Erickson's attacks on Margie Gillis, the talented.

It is a fact that Erickson and her colleagues at Sun News have a tiny audience and no method of obtaining impact except by being all big-mouth obnoxious to people such as Margie Gillis. They are squirts shouting insults at people of substantial achievement. As Sun News declares daily, it's a channel featuring "debates that don't happen anywhere else." The small viewing audience would suggest that hardly anyone cares, but Sun News is doing what it claims to do.

It is also a fact that exhortations to publicize the CBSC decision come when Sun News is in desperate need of distraction from the revelation last week of a bogus citizenship ceremony that aired on the channel. The channel looked utterly ridiculous. The laughter aimed at Sun News stung (rightly so), and the upshot is hope that brave Krista Erickson's triumph with the CBSC decision will save the day.

Her passel of middle-aged male apostles hope so. Perhaps they get a pat on the head for their efforts. Presumably they number among the 49 people who "like" the Krista Erickson page on Facebook. It's strikes me that "49" is a rather sad number for a TV personality of such alleged fame and impact. But Canadian fame is a strange kind of fame, isn't it?

You know, blaming television for the triumph of the obnoxious is as foolhardy as expecting a regulatory body to condemn obnoxious behaviour. The rise of insult coverage of political and social issues on TV paralleled the rise of social media such as Facebook and Twitter, universes that thrive on narcissism and nastiness. But users, not the medium, establish that tone. Just as preening pundits throwing insults can find an audience only if somebody watches and encourages them on TV.

There are apostles of the obnoxious out there, noisily tweeting and braying. Margie Gillis isn't. She doesn't need to, and her apostles know that, no matter what the CBSC decision says. 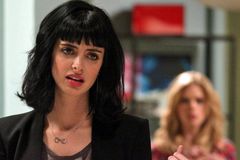 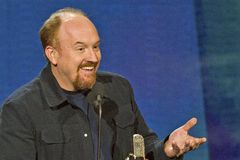 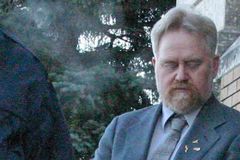 Global TV told to apologize for spoof in which Bugs Bunny is killed
March 1, 2012 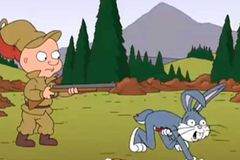 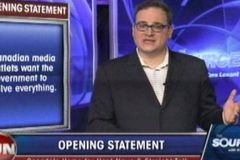 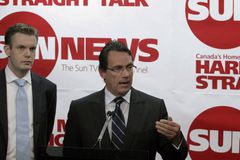